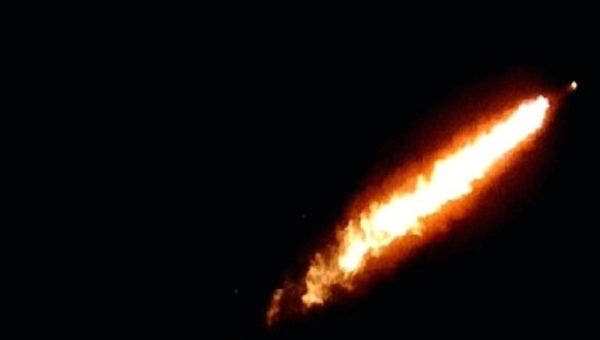 The Green Zone, Which Houses Some Main Iraqi Government Offices And The U.S. Embassy, Has Frequently Been Targeted By Insurgent Mortar And Rocket Attacks.

One of the rockets was destroyed in the air by the C-RAM defense system, which protects the U.S. embassy site, and the other landed near the grand celebrations square in the zone, damaging two civilian cars.

According to INA, there were no immediate reports about casualties and that the security forces launched an investigation into the incident.

The Green Zone, which houses some main Iraqi government offices and the U.S. embassy, has frequently been targeted by insurgent mortar and rocket attacks.

The action against the Green Zone occurs less than two weeks before the U.S.-led international military coalition completes a training mission to Iraqi forces. However, its troops will remain in the country.

The U.S. accuses pro-Iranian militias of carrying out rocket and drone attacks, which began after the death of Persian Gen. Qasem Soleimani, who was killed in a Washington-planned bombing in early 2020.

Since then, the Iraqi-based militias have demanded the withdrawal of foreign troops from this country. They have also threatened to increase their warlike actions if that doesn’t happen.

On this day in 2003, millions of people around the world marched against the U.S. invasion of Iraq. pic.twitter.com/wSAZa63dEn