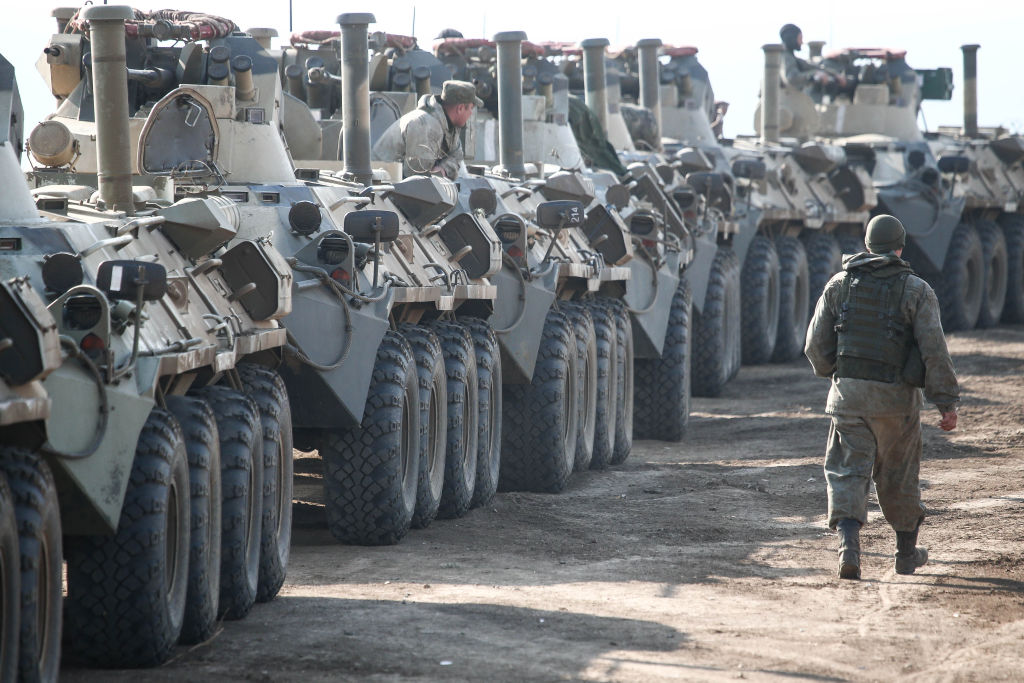 Russia And Israel – A Double Standard In International Condemnation

Over the past month, in a break from its usual focus on COVID-19, the Western mainstream media has dedicated a sizeable amount of coverage to unverified claims by unnamed US intelligence officials that the Russian Federation is planning an imminent military invasion of its western neighbour Ukraine – under the rule of the successive US-EU friendly governments of Petro Poroshenko and Volodymyr Zelensky since 2014, when the CIA-orchestrated Euromaidan colour revolution toppled the pro-Russian government of Viktor Yanukovych, following his November 2013 decision to suspend an EU trade deal in favour of pursuing closer ties with Moscow.

The coverage, which comes at a time of increased tensions in Eastern Europe amidst a build-up of refugees on the Belarus-Poland border being labelled as an attempt by Russian President Vladimir Putin and his Belarusian counterpart Alexander Lukashenko to destabilise the European Union, has resulted in widespread condemnation of Moscow by the Western media and political establishment, culminating in the G7 issuing a statement on Saturday threatening massive sanctions should Russia make any incursion into Ukraine – Russia having been a former member of the then-G8 until the successful reunification of the historically Russian peninsula of Crimea with the rest of the country in 2014, the pretext for which being the dangerously high anti-Russian sentiment of the newly-formed Western-backed Poroshenko government, resulted in Moscow’s suspension from the forum, with a later decision being made by the Kremlin in 2017 to formally leave the group altogether.

This widespread condemnation of Russia by the Western establishment however, for claims that Moscow itself has denied, is in stark contrast to the silence of mainstream media pundits and politicians in response to Israel’s open threats to carry out a military strike against Iranian nuclear facilities amidst the current Vienna talks regarding the Iran nuclear deal, with Israeli Defence Minister Benny Gantz announcing less than 24 hours prior to the G7’s Russia statement that he had consulted with US Defence Secretary Lloyd Austin and Secretary of State Antony Blinken regarding such a move – one that in a similar vein to any possible Russian incursion into Ukraine, would immediately result in a devastating regional conflict, a conflict that could easily spiral into a full-blown war between East and West.

To understand this wildly-differing approach to both Moscow and Tel Aviv by the Western political and media establishment, one must look at the wider geopolitical relationship between the US-NATO hegemony and both Russia and Israel.

Formed in 1948, in line with the 1917 UK-authored Balfour Declaration, which called for the establishment of a Zionist State in the Middle East, Israel has always received military, financial and political support from the United States and its allies – culminating in a US-led coalition invading Iraq on behalf of Israel in 2003, which in turn would lead to Washington and its allies launching a regime-change operation against neighbouring Syria in 2011, with Damascus, like Baghdad, also being a long-time opponent of the Zionist State.

Russia on the other hand, and in particular since the election of Vladimir Putin as President in 2000, has been diametrically opposed to this US-NATO foreign policy carried out in line with Israeli interests – with a Russian military intervention on behalf of the Syrian government in 2015 perhaps playing the most decisive role in ensuring the Presidency of Bashar al-Assad has remained in place despite the decade-long attempt to remove his leadership via a US and Israeli-backed colour revolution.

The aforementioned 2014 reunification of Russia and Crimea also put a halt to the Neocon aim of establishing a US Naval base in the key strategic Crimean port of Sevastopol – a plan that would have surely come to fruition had Crimea remained under the pro-Western rule of the current Kiev administration.

Hence, it is in this successful countering of US-NATO imperialism that Russia finds itself demonised by the West and the target of a current smear campaign accusing Moscow of planning to start a global conflict via a military intervention in Ukraine – in stark contrast to the media silence and tacit political support offered to US-ally Israel in response to its open intentions of carrying out the very same action in Iran.