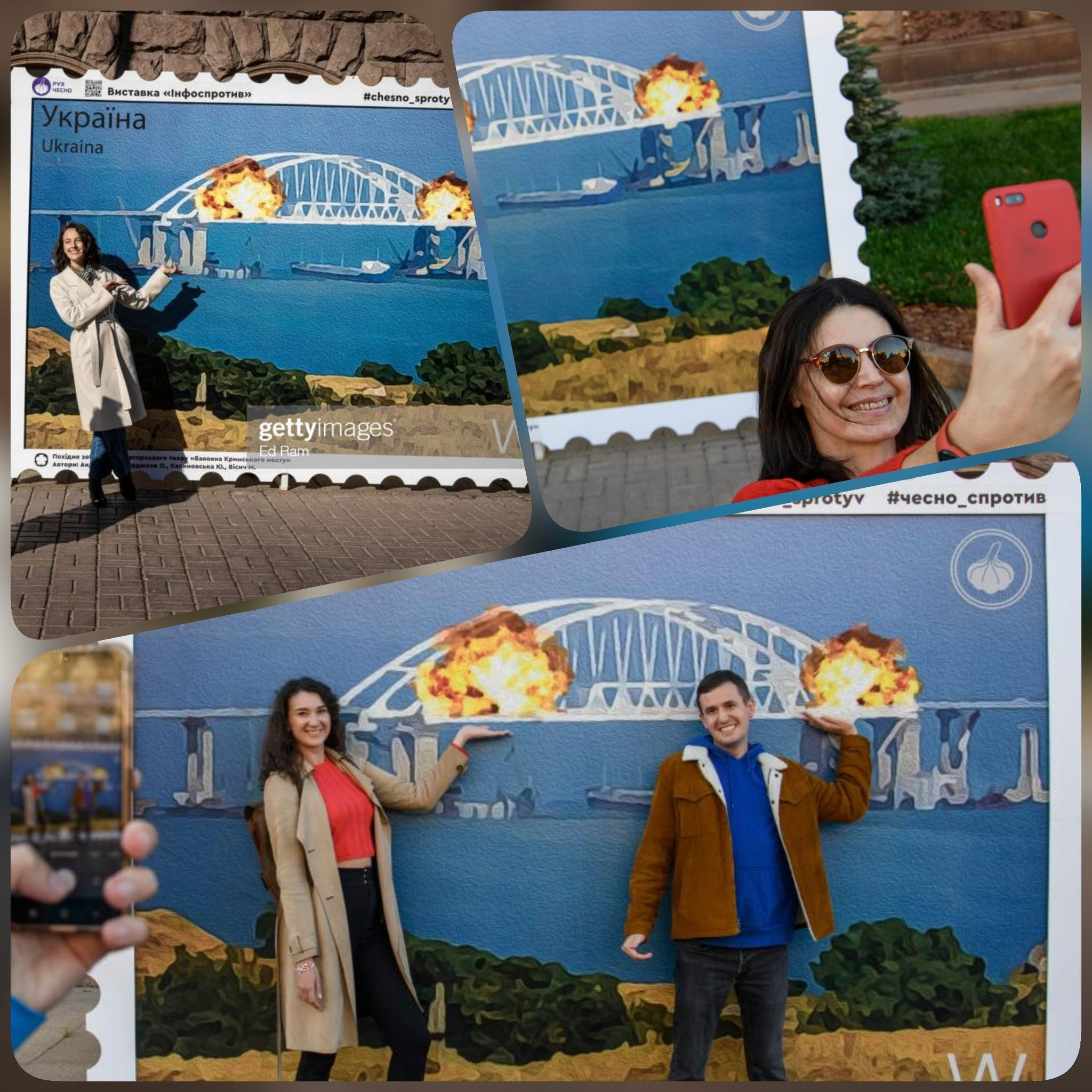 Russia, Having ‘Run Out Of Missiles’, Launches Barrage On Ukraine

Back in March I had warned that Lies Do Not Win Wars. Here is another practical example.

After allegedly having ‘run out of missiles’ and, more importantly, patience, the leadership of the Russian Federation decided to de-electrify Ukrainian cities with a ‘barrage of missile strikes’.

But first came the propaganda blubber:

President Vladimir Putin said on Thursday that Russia had barely got started in Ukraine and dared the West to try to defeat it on the battlefield, while insisting that Moscow was still open to the idea of peace talks.
…
“Today we hear that they want to defeat us on the battlefield. What can you say, let them try,” he said.”We have heard many times that the West wants to fight us to the last Ukrainian. This is a tragedy for the Ukrainian people, but it seems that everything is heading towards this.”
…
“Everyone should know that, by and large, we haven’t started anything yet in earnest,” he added. “At the same time, we don’t reject peace talks. But those who reject them should know that the further it goes, the harder it will be for them to negotiate with us.”

U.S. Believes Ukrainians Were Behind an Assassination in Russia – NY Times – Oct 5, 2020
American officials said they were not aware of the plan ahead of time for the attack that killed Daria Dugina and that they had admonished Ukraine over it.

Ukraine unveils stamps celebrating Kerch bridge explosion – hours after the attack – Telegraph – Oct 8, 2022
Timing of the Post Office announcement, just hours after the Crimea bridge was destroyed, raises questions about the nature of the damage 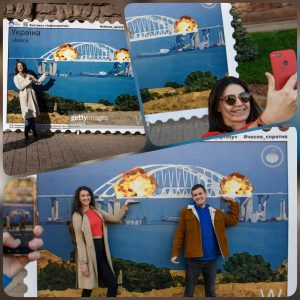 KYIV, Ukraine—Russia carried out waves of strikes on several Ukrainian cities including the capital in the broadest and most intense onslaught since the start of the invasion, after President Vladimir Putin accused Ukraine of a “terrorist attack” on a critical bridge connecting Russia’s mainland to the occupied Crimean Peninsula.Ukrainian President Volodymyr Zelensky said Russia had carried out dozens of strikes using missiles as well as Iranian-made drones to target civilian and power infrastructure. “They want panic and chaos,” he said. “They want to destroy our energy system.”

Ukraine “under missile attack” as explosions rock Kyiv and other cities – CBSNews – Oct 10, 2022

Kyrylo Tymoshenko, deputy head of the president’s office, said on social media Monday that, “Ukraine is under missile attack. There is information about strikes in many cities of our country.”General Valeriy Zaluzhnyi, Commander-in-Chief of the Ukrainian Armed Forces, said on Twitter that Russia had launched 75 missiles at Ukraine but that “41 of them were neutralized by our air defence.”

Zelenskyy later emerged onto a street in Kyiv to record a selfie video with a message to his people and the world, denouncing Russia for the barrage of missiles which he said had targeted Ukraine’s energy infrastructure, and its civilians.