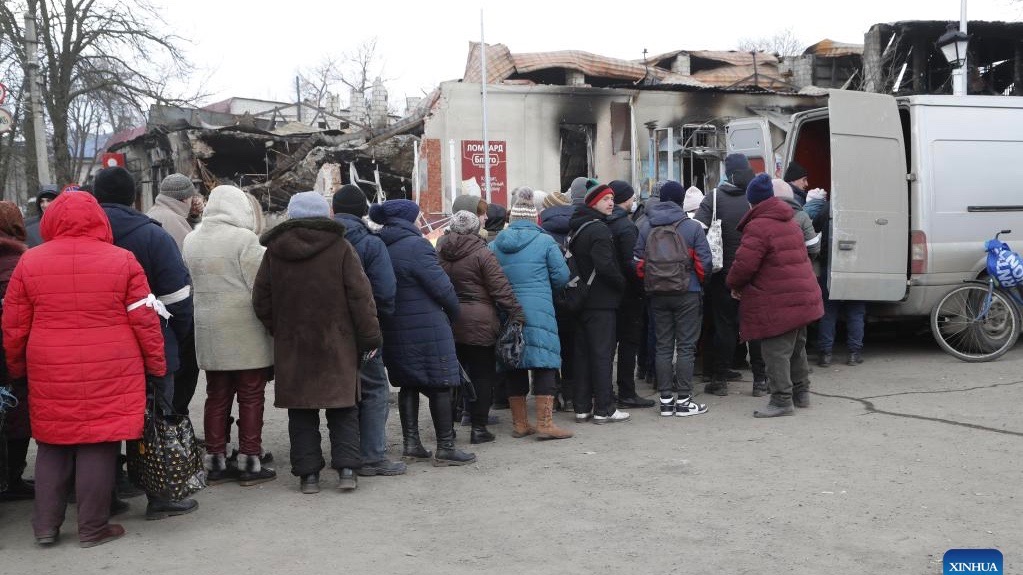 Zelensky continues to demand more sanctions on Russia and a no-fly zone over Ukraine to be implemented by NATO, while also expressing that his country will not be a member of the grouping.

The ongoing round of talks between Ukraine and Russia resumed on Wednesday, March 16, amidst contradictory signals from Ukrainian president Volodymyr Zelensky in the last few days. The current round of talks being held via video conferencing began on Monday.

There have been three rounds of talks already between the two countries since the start of the Russian attack on February 24. Except agreeing to implement a temporary ceasefire to evacuate civilians from war zones, the talks so far have failed to yield any results.

On Tuesday, Mykhailo Podolyak, advisor to president Zelensky, expressed hope that though “there are fundamental contradictions,” “there is certainly room for compromises.” Podolyak’s optimism was substantiated by Zelensky, who had admitted at the beginning of the current round of talks that both sides are in touch on a day-to-day basis with the objective of finding an opportunity for his meeting with Russian president Vladimir Putin.

Russia’s chief delegate in the talks with Ukraine, Vladimir Medinsky, also claimed on Wednesday that though the talks are difficult and slow, his country wants “to achieve peace as soon as possible.” He reiterated the Russian demand of seeing a “peaceful, neutral and friendly state [in Ukraine], which will not be NATO’s stronghold or a citadel of forces that wish to cause harm to our country,” TASS reported.

Zelensky had responded positively to Russian demands a day earlier, saying that they were “realistic.” Talking to leaders of countries part of the Joint Expeditionary Force on Tuesday, Zelensky for the first time admitted that Ukraine needs to recognize that it will not be a member of the North Atlantic Treaty Alliance (NATO). Mentioning the contradictory talks of Ukrainian membership, he said, “we have heard for years about allegedly open doors, but we also heard that we wouldn’t be able to join. It’s true and it needs to be admitted,” TASS reported.

The Joint Expeditionary Force is a UK-led alliance formed in 2014. It consists of forces from countries such as Denmark, Finland, Estonia, Netherland, Sweden, Norway, and others. Majority of its members are also members of NATO.

Zelensky however reiterated his demands of a no-fly zone over Ukraine and sought greater military and economic support from NATO members. Speaking to the Canadian parliament via video conferencing on Tuesday, he appealed to Canadian prime minister Justin Trudeau to use his influence to convince NATO to implement the no-fly zone.

The US and NATO have refused Ukraine’s demands earlier, saying that the move can lead to a full-fledged war with Russia.

Zelensky also demanded further Western sanctions against Russia, claiming that the current levels of sanctions are not enough to prevent Russian aggression. Zelensky is set to address a joint session of the US congress on Wednesday.

Several countries, as well as the European Union (EU), announced a fresh round of sanctions against Russia on Tuesday. The fourth round of sanctions focus on prohibitions on EU investment in the Russian energy sector and ban on import of Russian iron and steel.

The prime ministers of Poland, Czech Republic and Slovenia visited the besieged Ukrainian capital Kiev on Tuesday to express solidarity with Zelensky. The visit was also seen as defiance of the Russian attempts to besiege Kiev where the local administration imposed a 36-hour curfew on Tuesday.

Russia has expanded its control inside Ukraine, with its offensive about to enter the fourth week. Its forces have surrounded major cities like Kharkiv and Mariupol. These cities have seen large scale evacuation of civilians in the last few days. According to a Ukrainian source, at least 29,000 people were evacuated from these cities on Tuesday alone.

Meanwhile, the number of casualties in the war is increasing. According to the UN, a total of 636 people have been killed and over 1,125 injured in the war until Sunday, March 13. The data includes killings in Ukraine and in the rebel-held areas of Donetsk and Luhansk which have seen shelling from Ukrainian forces.

The number of refugees has also increased due to the Russian offensive. According to the UN, at least three million Ukrainians have left the country so far, with Poland (1.8 million) and Russia (460,000) being the largest recipients of refugees.