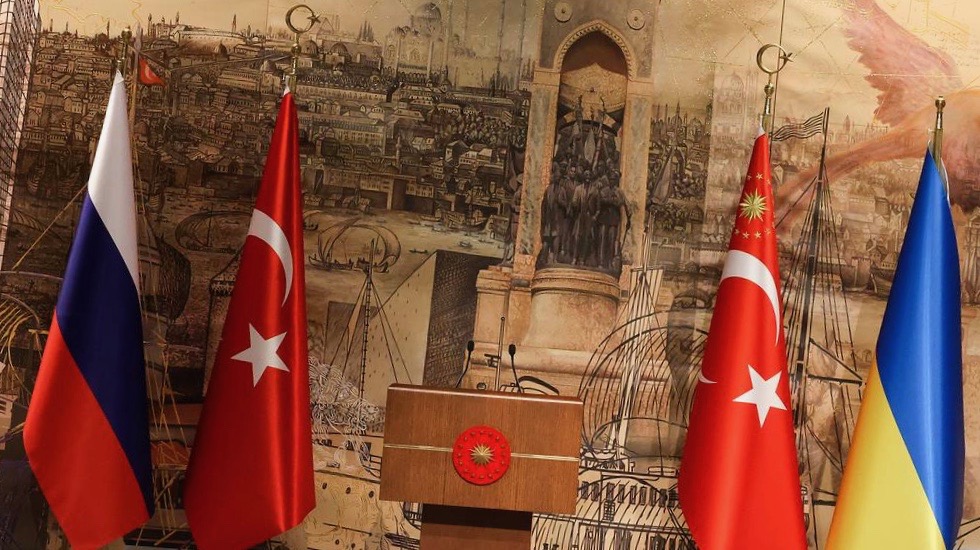 Russia has alleged that Western countries and media have deliberately ignored the facts that deny its involvement in the Bucha killings for the sole purpose of derailing the progress made in the peace talks so far and prolong the war.

Amidst increasing Western outrage against Russia over allegations of genocide in Ukraine’s north-eastern Bucha region, Ukrainian president Volodymyr Zelensky emphasized on Tuesday, April 5, that the ongoing talks between both the countries will continue. Russia had denied its involvement in the killings and claimed that it was a false provocation meant to destroy the prospects of peace in the region.

Zelensky claimed that ending the talks now would prevent both countries from finding a solution to the present conflict and further prolong it. Talks are only hope to “find a way out of the situation and not to lose our territory,” he was reported as saying in the Ukrainian media.

Reflecting on the timing of the Bucha killings, Russian foreign minister Sergey Lavrov claimed on Tuesday that they are being used by the West to derail the peace talks between Russia and Ukraine. He claimed that the West wants to exploit the situation at a time when talks were progressing well and Ukraine was ready to agree to the major Russian demand for neutrality days before the incident.

After Russia’s unilateral withdrawal of troops from north-east Ukraine last week, the Ukrainian National Police released a video footage on April 2 in which scores of bodies were shown lying on the streets with their hands tied. Ukraine alleged that the people in the video were killed by the retreating Russian troops.

Russia denied its involvement and claimed that the killings in Bucha were staged by the Ukrainians to demonize it. Various independent observers have mentioned that the fact that Russian troops withdrew from Bucha on March 30 and Ukrainians took complete control of the area on March 31 makes it impossible for the Russians to be involved in the killings.

Following the allegations, Russia demanded an immediate UN Security Council (UNSC) meeting on the issue. This was denied by the UK, which holds the UNSC chair for the present month. In the UNSC meeting held on Tuesday April 5, Russia, China, and some other countries had demanded a proper investigation to establish accountability for the killings in Bucha and warned against immediate conclusions being drawn by some countries in the West that accuse Russia of the crime without first verifying the facts.

Almost all Western media has blamed Russia for the Bucha killings despite expressing inability of their respective governments to verify the facts. Several European countries and the US announced fresh rounds of sanctions and expelled Russian diplomats after news of the Bucha killings broke. US president Joe Biden reiterated his allegations of war crimes against Russia and demanded president Vladimir Putin’s trial for the same on Monday.

Reacting to the Western response to the killings in Bucha, Kremlin spokesperson Demitry Peskov said on Tuesday that despite Russia explaining the events in detail with facts in the UNSC meeting and elsewhere, “there is an impression that collective West simply shut its eyes and ears with blinds and does not want to listen about anything,” TASS reported.

Lavrov claimed that at the end of the last round of talks in Istanbul, Ukraine was ready to give in writing that it would not allow the deployment of foreign weapons on its territory. It had also agreed to not be part of any military exercise involving foreign nations on its soil without consent from countries who would guarantee the agreement. However, several European countries and the US have since announced fresh supplies of arms to Ukraine.

Lavrov also alleged that the narrative around Bucha “is openly false provocation” to “break down the ongoing talks” at a moment when there was some hope for peace.

Peskov said on Tuesday that if the talks between Ukraine and Russia yield any positive result and a treaty is agreed upon, there will be a meeting between the two heads of state to formalize it. He ruled out the Ukrainian demand for an early meeting between Putin and Zelensky.

Russia and Ukraine have had several rounds of talks since the beginning of the war on February 24. In-person meetings in Turkey’s Istanbul between delegates of both the countries, complemented with online negotiations, have made progress. Both sides have made significant concessions, with Russia withdrawing its offensive in north-east Ukraine and saying that it has no problem with Ukraine joining the European Union (EU). The Ukrainians have agreed to address the main Russian demand of its neutrality. As per reports in Russian media, both the countries still have major differences on the issue of Donbass. Russia is expected to continue its military offensive in the Donbass region until it establishes full control over the borders of Luhansk and Donetsk.

President Putin had announced “special military operations” in Ukraine on February 24 to “denazify” and “demilitarize” the country. Russia has accused Ukraine of attempting to join the US-led NATO alliance, which threatens its security. It also accused Ukraine of committing atrocities on Russian speaking people in the Donbass region in violation of the 2015 Minsk agreement.