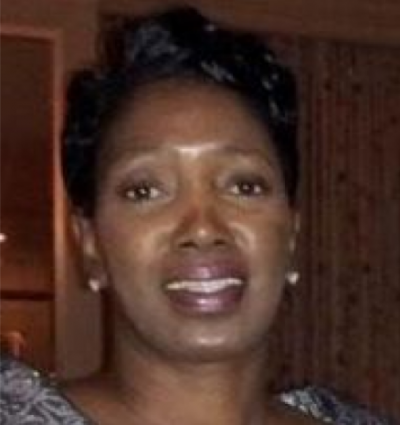 In 2007, Ruth lost her 21-year-old son to a senseless killing with a gun in Boston. As a result of her personal loss and violence in the community, Ruth became an early architect of Operation LIPSTICK, a nationally recognized organization that addresses the crisis of gun trafficking and straw buying of firearms in urban communities, and served as its first Program Director.

In addition to her work with LIPSTICK, Ruth has been involved in protecting Families from domestic violence in various capacities as an advocate, crisis and substance abuse counselor, community organizer, and domestic violence educator/trainer and program planner. She has been the Support Group Coordinator for the Elizabeth Stone House, serving families for 19 years.

In 2016, Ruth founded We Are Better Together: The Warren Daniel Hairston Project to educate, support, and serve families on both sides of the gun violence problem and break cycles of violence and victimization. Ruth developed language and curriculum on Community Harm, removing the stigma surrounding families of victims and families of offenders traumatized by gun violence, and that families on both sides experience anger, guilt, shame, and fear that their loved ones will eventually end up dead or in prison. Through the Warren Daniel Hairston Project, Ruth and courageous mothers like her are working to end cycles of violence and help them actualize a future free of violence for them and their children.