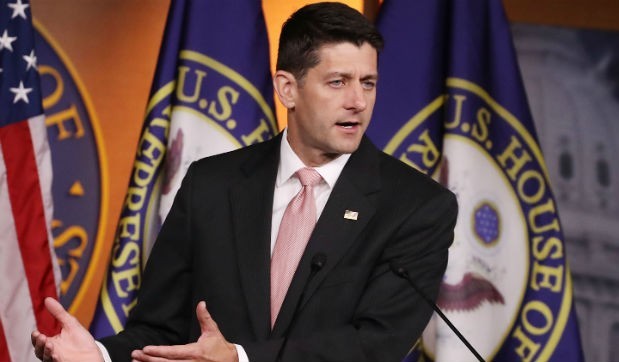 Ryan: TPP Doesn’t Have Support For House Vote This Year

Speaker Paul Ryan (R-Wis) on Thursday said an expansive Asia-Pacific trade deal won’t get a vote in Congress this year because there isn’t enough support.

Ryan said there is no point in bringing up the Trans-Pacific Partnership (TPP) deal in the lame-duck session after the November elections because he doesn’t see how the Obama administration can build enough support for the controversial agreement by year’s end.

“As long as we don’t have the votes, I see no point in bringing up an agreement only to defeat it,” Ryan said in an interview with Wisconsin Public Radio.

“I have my own problems with TPP, it is not ready, the president has to renegotiate some critical components of it,” he said.

Ryan said the Obama administration negotiated a TPP agreement that “cost them dozens of votes in Congress,” adding that right now the votes are not there. The Speaker said Obama needs to fix the agreement if the administration wants to have any chance of passing the trade deal.

But he said he doubts that could happen this year.

“The sands are burning through the hourglass pretty fast, I don’t see how they’ll ever get the votes for it,” Ryan said.

The effort to pass the agreement before Obama leaves office has been complicated by anti-trade rhetoric in the presidential campaigns.

Ryan, like other trade supporters in Congress, is calling on the administration to fix several issues, including providing longer intellectual property protections, upward of 12 years, for high-tech medicines called biologics.

The Obama administration has said that the TPP agreement would need to have enough support before it would send an implementing bill up to Capitol Hill for a vote in the lame-duck session.

President Obama this week said he remains confident that Congress will pass the sweeping agreement before he leaves office.

Democratic nominee Hillary Clinton and Republican nominee Donald Trump, whom Ryan has endorsed, are both opposed to the TPP.

Still, Ryan noted the benefits of trade, especially for his home state where dairy and cheese exports fuel the economy.

He argued that other nations are forging trade deals that are hurting U.S. exporters.

“That means we have to engage in the world,” he said. “We need to open those markets up and prevent them from being closed.”

In the build up to the election, trade and other top administration officials are fanning out around the country trying to build support for the agreement.

Their efforts are being bolstered by powerful business groups such as the U.S. Chamber of Commerce and the National Association of Manufacturers.

Meanwhile, anti-TPP groups, including the AFL-CIO, are getting their message out to oppose the deal or risk U.S. job losses.