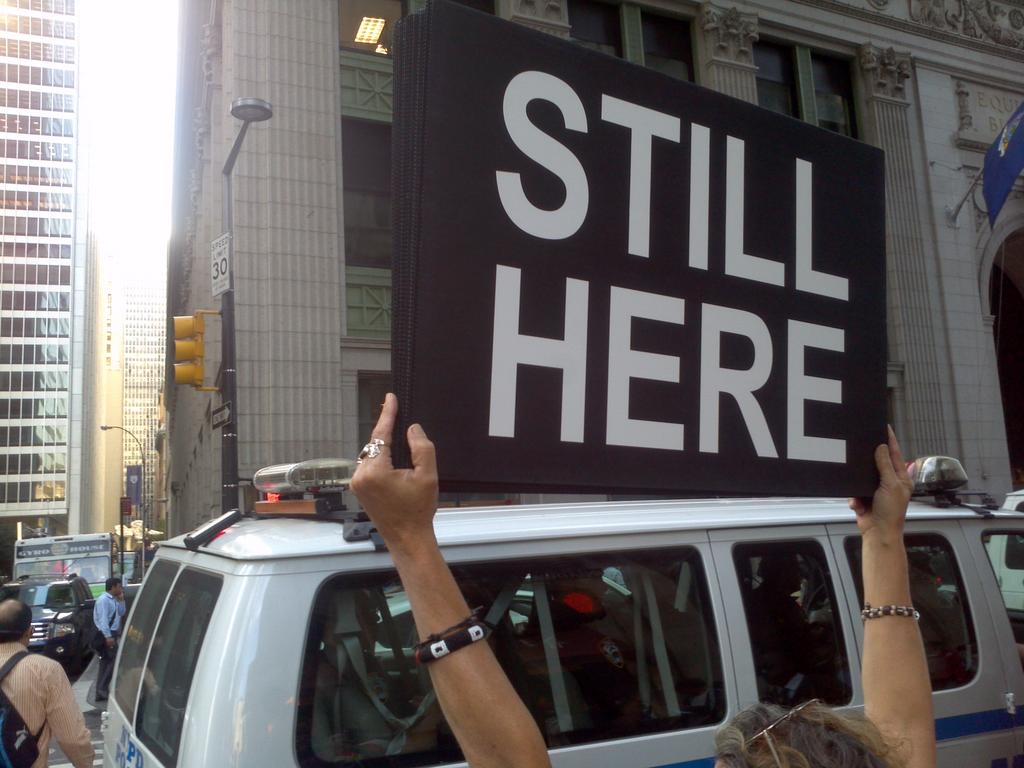 Stop TPP & TTIP – Backroom Power Grabs for the 1%! Get Corporate Money Out of Politics!

On September 17th, 2011, we came together to Occupy Wall Street to resist the destructive impact of unchecked corporate power and greed on our quality of life.

Two years later, instead of responding to the outrage of the 99%, the megacorporations are mounting a counterattack.

Disguised as merely an international trade agreement, TPP, the Trans-Pacific Partnership is, in fact, a corporate rights agreement, designed to make corporations more powerful than national governments and to roll back generations of environmental and social progress.  TPP is being negotiated between the US, Japan, Mexico, Canada, Peru, Chile, Australia, New Zealand, Vietnam, Singapore, Brunei Darrusalam, and Malaysia with other countries expected to join over time.  TPP negotiations are taking place behind closed doors.  The public is denied access to the negotiating texts of the agreement, but approximately 600 corporate advisers have full access and are using their influence to craft an agreement that will:

–  create a system of global corporate governance that will supersede local, state/provincial, and national law — allowing corporations to appealto unelected tribunals of trade lawyers when our laws prevent them from damaging the environment or selling unsafe products.

– roll back and prevent further regulations on the financial industry designed to prevent another financial meltdown, and empower corporations to attack financial mechanisms that reinvest in the 99%, including public banks and “Robin Hood” financial transaction taxes.

– attack internet freedom and privacy and threaten freedom of speech

–  limit access to livesaving generic drugs and medical procedures and to kids.

The 1% intend to stop at nothing short of total global domination.  In July, negotiations began on the Trans-Atlantic Free Trade Agreement (TAFTA – also called the Transatlantic Trade and Investment Partnership (TTIP)), yet another 1% attack on the public interest.  TAFTA will expand the job-killing, democracy-destroying environment contaminating, anti-democratic NAFTA/TPP model to a continent of 500 million people, with Europe’s high regulatory standards on the chopping block.
MONEY IN POLITICS: A POISONING INFLUENCE

TPP represents an about-face by President Obama, who in 2008 pledged to break with the NAFTA model and forge a US trade policy that protected workers and the environment.  Unfortunately, US Business Coalition for TPP members were among his top donors in 2012, with companies like Microsoft ($814,645), Time Warner ($442,271), and Walt Disney($369,598) ensuring that President Obama would sing a very different tune once in office.  The same corporations who back TPP and TAFTA for its potential to override democracy in their interest already exploit an out of control campaign finance system that allows corporate interests and the 1% to pull the strings of many elected officials in both major parties.  These corporations intend to use the influence they paid for to ensure that TPP and TAFTA are ratified into law.

The need for national solidarity to get corporate money out of politics has grown more and more evident.  The obscene influence that is wielded by Big Business to see that its agenda is adopted and forwarded by federal, state and local governments is the source of the laws and enforcement statutes that violate all sane rules of socioeconomic justice.  Almost-daily media reports spotlight the erosion of fair elections, fair trade, fair taxation and our heretofore inalienable civil rights corporate money by bought-and-paid for politicians.

Occupy Wall Street stands with a broad coalition of citizens and activist to bring about public campaign financing reform to diminish the influence of corporations over the democratic process, public policy initiatives and our civil rights.  On S17, we will point to TPP as an illustration of how many of our elected officials are betraying our interests in service to their campaign donors.

GLOBAL SOLDIARITY VS.  CLASS WARFARE BY THE 1%

TPP and TTIP are the latest salvo of a policy based on “the rule of the market, cutting public expenditure for social service, deregulation, privatization, and eliminating the concept of “the public good” or “community”[1].”  Around the world, from Turkey to Greece to Brazil people are rising up, taking to the streets to say YES to solidarity, YES to the commons, NO to corporate rule!  History has proven that when we join in solidarity as a global 99% movement, victory is ours!

In 1999, an unprecedented coalition of social movements converged in Seattle to shut down the World Trade Organization‘s Millenium Round talks – an earlier attempt at global domination by the 1%.  Galvanized by protesters in the streets facing riot police and tear gas, WTO negotiators representing developing countries refused to cave to pro-corporate demands from the US and Europe that would have resulted in even more desperate poverty for some of the world’s poorest people.  When the WTO met again inCancun in 2003, it was again met with massive resistance in the streets.  As a result, WTO negotiations have failed to advance significantly since 1999.  In the early 2000s, another 1% power grab, the Free Trade Area of the Americas, fell apart amidst massive popular resistance in Latin America and mass protests in Quebec City and Miami.  In 2013, a united global movement of the 99% can STOP TPP and TAFTA and roll back austerity policies and other neoliberal attacks worldwide!

From August 22-30th, during the FINAL TPP negotiating round, we call on the global 99% to put our elected officials on notice that they have until September 17th to express their resistance to the undemocratic TPP negotiating process – or be exposed as nothing more than pawns of the 1% and corporate interests.  Activists in the United States can deliver a letter to your Senators and Representatives, calling on them to pledge to vote against Fast Track Authority for TPP and TAFTA by S17.  Fast Track is a process by which Congress votes to cede its Constitutionally mandated power over trade agreements to the White House, committing to bring trade agreements to a vote “under a procedure with mandatory deadlines, no amendment, and limited debate.”[2]  A Fast Track vote is expected in Congress this fall!

S17: THE GLOBAL 99% UNITE AGAINST TPP, TAFTA, AND CORPORATE RULE

To our friends in the New York metropolitan area, we call on you to join us!  Attend our general meetings, join our working groups!

In other US cities, organize actions to warn the 99% about TPP, to thank members of Congress who have pledged to vote against Fast Track and to shame Congressional Reps who haven’t by exposing the corporate cash that is influencing them to betray the 99% (Cross-reference the member list of the US Business Coalition for TPP with your elected officials’ contributor list at http://opensecrets.org)

We call on our allies in other TPP and TAFTA nations and in nations that may join these agreements in the future to organize actions and take to the streets on S17 to say NO! to TPP, TAFTA, and corporate globalization and YES! to global justice!

And finally, we welcome the 99% in Brazil and other non-TPP/TAFTA to take to the streets to resist, deregulation, privatization, and cuts to public services!

Please visit http://tradejustice.net/s17forms to volunteer or to register an action and learn more at http://s17ows.org, to read more about TPP, TTIP, global struggles for democracy and against attacks on the commons, and the corrupting influence of money in politics, or to join our email list and learn more about our local organizing in NYC.  If you’d like to speak to someone directly, you can call (347) 676-0717 or email s17@tradejustice.net.

WITH GLOBAL SOLIDARITY WE CAN STOP TPP AND TAFTA, DEFEAT THE GLOBAL CORPORATE POWER GRAB, AND END THE CORRUPTIVE INFLUENCE OF CORPORATE MONEY ON OUR POLITICAL SYSTEM!