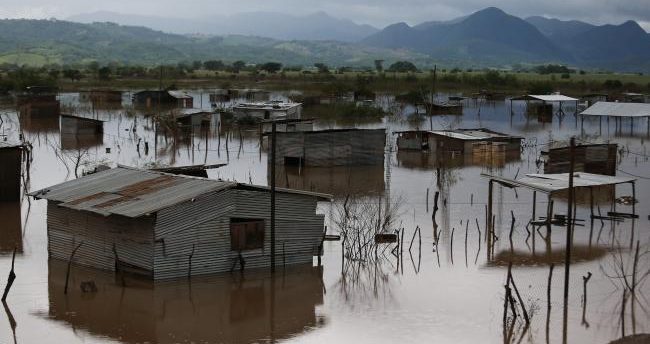 Biden administration looks to sanctions against Nicaragua, an approach that has historically had mixed results.

In 1985, when President Reagan declared Nicaragua “an unusual and extraordinary threat to the national security and foreign policy of the United States,” his words were followed by a trade blockade, a ban on commercial flights and—most seriously of all—the financing of the “Contra” war, which led to 30,000 deaths. When, 33 years later, Donald Trump made the same declaration, its effect was far more limited. Yet presumably neither president saw the absurdity in designating a country as an “extraordinary threat” when it has just six million people, is one of the poorest in the hemisphere, and has only a tiny military budget. Nor, apparently, does President Joe Biden, who has renewed the declaration and added to the sanctions.

Sanctions, called “unilateral coercive measures” by the United Nations, are illegal in international law, yet are deployed by the United States against 39 countries. The Reagan administration used them against Nicaragua in the 1980s in their most drastic form, even mining the country’s ports—for which Nicaragua successfully took action against the United States in the International Court of Justice. When the Sandinistas lost power in 1990, sanctions ceased. But then Daniel Ortega won reelection in 2006 and again in 2011, so his opponents began to lobby the United States to reimpose them. To give one of many examples, Ana Margarita Vijil, then leader of the Movimiento de Renovación Sandinista (MRS)—a party that broke away from the Sandinistas in 1995 and later aligned with right-wing parties—met Representative Ileana Ros-Lehtinen (R-FL) several times from 2015 onwards to push for sanctions. In 2016, Ros-Lehtinen introduced the Nicaraguan Investment Conditionality Act, known as the NICA Act, in response to alleged fraud in the 2016 election process and the ending of presidential term limits, which had enabled Ortega to seek reelection. He was elected for a third consecutive term in November 2016 with 72 percent of the vote while Congress was still considering the act.

The legislation fell in the Senate but was reintroduced in 2017 by Senator Ted Cruz (R-Texas), who argued that “Nicaragua and all freedom-loving people in Central America depend on U.S. leadership.” It was passed in December 2018 as the Nicaragua Human Rights and Anticorruption Act. By then a violent attempt to overthrow the Nicaraguan government between April and July 2018 had failed, spurring on the Act’s proponents. The legislation allowed targeted sanctions against Nicaraguan officials and required U.S. officials to oppose loans to Nicaragua from international financial institutions (IFIs), excluding those to address “human needs” or “promote democracy.” Sanctions apply until Nicaragua is “certified” as meeting various requirements, including having “free and fair” elections.

The NICA Act’s targets may have been government ministers, but its victims were Nicaragua’s poorest communities. The World Bank, having praised Nicaragua’s use of international funds to relieve poverty and having financed over 100 successful projects since the Sandinistas first took power in 1979, suddenly halted funding in March 2018. It did not resume work for nearly three years, until late 2020, when the bank belatedly helped respond to the Covid-19 pandemic and two devastating hurricanes. The Inter-American Development Bank and the International Monetary Fund similarly stopped funding large projects, and their help in response to the pandemic and the hurricanes was also delayed. Not surprisingly, opinion polls show that over three-quarters of Nicaraguans oppose these sanctions, and even the Organization of American States described the NICA Act as “counterproductive.”

Trump also imposed personal restrictions on a range of Nicaraguan government officials, a list to which Biden has now added. It is unclear if these sanctions have much effect: they merely block named individuals from having U.S. property, financial dealings, or travelling to the United States. The sanctions are based on very flimsy evidence. For example, the recently deceased Paul Oquist, a widely known negotiator in global efforts to tackle climate change, was sanctioned. The former health minister, Sonia Castro, was falsely accused of instructing hospitals not to treat opposition casualties during the violence in 2018. Much respected for her work in transforming the country’s health services since 2007, Castro had to leave her post when sanctioned, as she could no longer handle international financial transactions.

While sanctions have hit specific projects benefiting poor communities, they have also begun to impact mainstream services such as healthcare, where replacing defective equipment or obtaining supplies during the pandemic has proven to be problematic. Nicaragua is also one of the few Latin American countries to receive no U.S. vaccine donations so far, although this will be belatedly corrected via the COVAX mechanism. To some extent, gaps have been filled using Nicaragua’s strong ties to other countries: for example, Taiwan has sent multiple shipments of medical equipment and Russia has donated Sputnik V vaccines. The Central American Integration Bank, unlike the other IFIs, stepped up its assistance via the Central America Integration System (SICA).

Sanctions are only part of the US “regime change” agenda for Nicaragua. Other measures include “democracy promotion,” in which U.S.-funded non-profits have trained over 8,000 young Nicaraguans with the ultimate goal of displacing the Ortega government. The United States actively organizes and promotes opposition politicians and refuses to accept the legitimacy of elections if they fail to win power. A $2 million program called Responsive Assistance in Nicaragua (RAIN) aims to achieve “an orderly transition” towards a new government, part of at least $160 million spent recently on regime-change efforts. Trump’s National Security Adviser John Bolton labelled Nicaragua, Cuba, and Venezuela the “Troika of Tyranny,” and Biden’s Latin American adviser, Juan González, continues this extreme language in claiming: “The actions taken by the Ortega administration against their own people…possibly constitute crimes against humanity.” The United States mobilizes its regional allies against Nicaragua via the Lima Group and the OAS, and “human rights” issues are weaponized via local bodies funded by the United States. One outcome is a consensus narrative about Nicaragua in international media: that it is a repressive, dictatorial “regime” that is trying to destabilize neighboring countries, despite those countries’ own problematic human rights records.

Doubling Down on a Failed Sanctions Strategy?

If sanctions on Nicaragua were toughened, as some U.S. and many of Nicaragua’s opposition politicians are demanding, the effects could be huge. Nicaragua’s exports to the United States are bigger than those of any other Central American country, while personal remittances and U.S. tourism are vital sources of income. All could be affected if the United States imposes a Cuba-style blockade or forces Nicaragua out of regional trade agreements. Nicaragua would have a degree of protection not available to Cuba—it is self-sufficient in basic foodstuffs and its intra-regional trade links are strong. Nevertheless, family incomes and Nicaragua’s sizeable small business sector would be badly affected. A foretaste of what might happen was provided by the short-lived campaign in the United States to boycott Nicaraguan beef, which put the jobs of an estimated 600,000 low-paid workers at risk.

As in the case of Cuba, Biden’s presidency brings warning signs that sanctions will be tightened, not reduced. The fact that Nicaragua’s anti-Sandinista politicians continue to demand tougher sanctions was one of the justifications the government gave for recent arrests of government opponents, an issue warranting separate examination. Calls for stronger action may succeed with the RENACER Act, short for “Reinforcing Nicaragua’s Adherence to Conditions for Electoral Reform,” recently approved by the Senate Foreign Relations Committee. If passed, this legislation would monitor IFIs even more strictly, expand the targets of personal sanctions to tens of thousands of ordinary Sandinista party members, require closer collaboration with U.S. partners to implement the act, and add Nicaragua to the list of countries deemed to be “corrupt.” Another bill, introduced on June 17, would require the administration to review Nicaragua’s compliance with free trade agreements.

If the U.S. Congress approves RENACER, will it have the intended effect? Nicaraguans go to the polls on November 7. In May, electoral law was updated to include reforms such as gender parity among electoral officials and digital auditing and traceability of voting tallies. On July 24 and 25, 2.8 million voters attended 3,106 voting centers to check they were registered. The latest opinion poll (July 3) shows that 95 percent will have the required identity cards, 73 percent intend to vote, 58 percent say they will vote to reelect the Ortega government, while 23 percent will vote against. Six opposition parties are choosing their candidates, including both “traditional” parties and new ones formed after the 2018 uprising. It is difficult to see any circumstances in which elections would not proceed. Almost as likely, given economic and social advances over the past 14 years, is that the Sandinistas will win.

Past experience suggests the U.S. government will refuse to recognize such a result. However, imposing extra sanctions is not straightforward. A parallel election is taking place on November 28 in neighboring Honduras, where widespread fraud occurred in the 2017 presidential vote; the electoral process is disorganized, and some 400,000 people may be left without a ballot. Honduras is a narco-state, while Nicaragua is more successful than its neighbors in combating the drug trade.

Will the U.S. accept a dubious result in Honduras while decrying a more clear-cut one in Nicaragua? Will it take action against Nicaragua that drives it towards closer relationships with Russia and perhaps even with China? What will it do if Nicaragua—currently one of the safest countries in Latin America—loses its traditional security because the economy collapses and poorer Nicaraguans travel north to look for jobs, as they do from Honduras, Guatemala, and El Salvador? What would be the response if U.S. action caused a humanitarian crisis?

Sanctions are clearly not in Nicaragua’s interest, but they may not be in the United States’ interest either.

John Perry is based in Nicaragua and writes on Central America for The Nation, The London Review of Books, openDemocracy, The Council on Hemispheric Affairs, Counterpunch and other outlets.