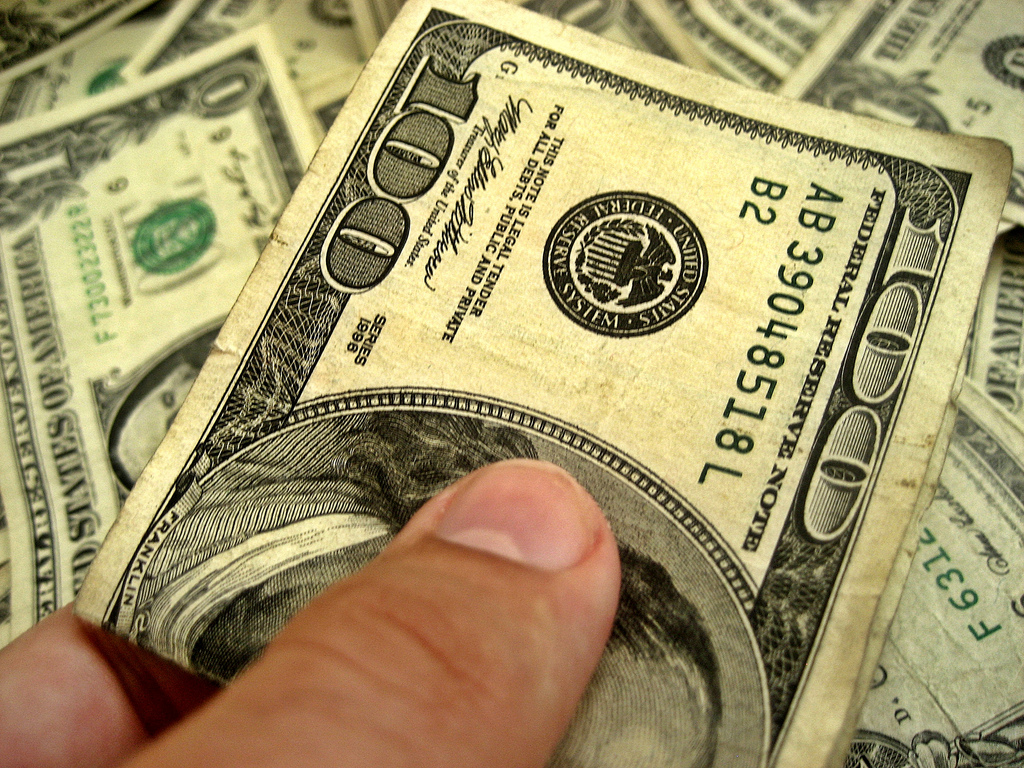 August 20, 2018 “Information Clearing House“ –  Sanctions left and sanctions right. Financial mostly, taxes, tariffs, visas, travel bans – confiscation of foreign assets, import and export prohibitions and limitations; and also punishing those who do not respect sanctions dished out by Trump, alias the US of A, against friends of their enemies. The absurdity seems endless and escalating – exponentially, as if there was a deadline to collapse the world. Looks like a last-ditch effort to bring down international trade in favor of — what? – Make America Great Again? – Prepare for US mid-term elections? – Rally the people behind an illusion? – Or what?

All looks arbitrary and destructive. All is of course totally illegal by any international law or, forget law, which is not respected anyway by the empire and its vassals, but not even by human moral standards. Sanctions are destructive. They are interfering in other countries sovereignty. They are made to punish countries, nations, that refuse to bend to a world dictatorship.

Looks like everybody accepts this new economic warfare as the new normal. Nobody objects. And the United Nations, the body created to maintain Peace, to protect our globe from other wars, to uphold human rights – this very body is silent – out of fear? Out of fear that it might be ‘sanctioned’ into oblivion by the dying empire? – Why cannot the vast majority of countries – often it is a ratio of 191 to 2 (Israel and the US) – reign-in the criminals?

Imagine Turkey – sudden massive tariffs on aluminum (20%) and steel (50%) imposed by Trump, plus central bank currency interference had the Turkish Lira drop by 40%, and that ‘only’ because Erdogan is not freeing US pastor Andrew Brunson, who faces in Turkey a jail sentence of 35 years for “terror and espionage”. An Izmir court has just turned down another US request for clemency, however, converting his jail sentence to house arrest for health reason. It is widely believed that Mr. Brunson’s alleged 23 years of ‘missionary work’ is but a smoke screen for spying.

President Erdogan has just declared he would look out for new friends, including new trading partners in the east – Russia, China, Iran, Ukraine, even the unviable EU, and that his country is planning issuing Yuan-denominated bonds to diversify Turkey’s economy, foremost the country’s reserves and gradually moving away from the dollar hegemony.

Looking out for new friends, may also include new military alliances. Is Turkey planning to exit NATO? Would turkey be ‘allowed’ to exit NATO – given its strategic maritime and land position between east and west? – Turkey knows that having military allies that dish out punishments for acting sovereignly in internal affair – spells disaster for the future. Why continue offering your country to NATO, whose only objective it is to destroy the east – the very east which is not only Turkey’s but the world’s future? Turkey is already approaching the SCO (Shanghai Cooperation Organization) and may actually accede to it within the foreseeable future. That might be the end of Turkey’s NATO alliance.

What if Iran, Venezuela, Russia, China – and many more countries not ready to bow to the empire, would jail all those spies embedded in the US Embassies or camouflaged in these countries’ national (financial) institutions, acting as Fifth Columns, undermining their host countries’ national and economic policies? – Entire cities of new jails would have to be built to accommodate the empire’s army of criminals.

Imagine Russia – more sanctions were just imposed for alleged and totally unproven (to the contrary: disproven) Russian poisoning of four UK citizens with the deadly nerve agent, Novichok – and for not admitting it. This is a total farce, a flagrant lie, that has become so ridiculous, most thinking people, even in the UK, just laugh about it. Yet, Trump and his minions in Europe and many parts of the world succumb to this lie – and out of fear of being sanctioned, they also sanction Russia. What has the world become? – Hitler’s Propaganda Minister, Joseph Goebbels, would be proud for having taught the important lesson to the liars of the universe: “Let me control the media, and I will turn any nation into a herd of Pigs”. That’s what we have become – a herd of pigs.

Fortunately, Russia too has moved away so far already from the western dollar-controlled economy that such sanctions do no longer hurt. They serve Trump and his cronies as mere propaganda tools – show-offs, “we are still the greatest!”.

Venezuela is being sanctioned into the ground, literally, by from-abroad (Miami and Bogota) Twitter-induced manipulations of her national currency, the Bolívar, causing astronomical inflation – constant ups and downs of the value of the local currency, bringing the national economy to a virtual halt. Imported food, pharmaceuticals and other goods are being deviated at the borders and other entry points, so they will never end up on supermarket shelves, but become smuggle ware in Colombia, where these goods are being sold at manipulated dollar-exchange rates to better-off Venezuelan and Columbian citizens. These mafia type gangs are being funded by NED and other similar nefarious State Department financed “NGOs”, trained by US secret services, either within or outside Venezuela. Once infiltrated into Venezuela – overtly or covertly – they tend to boycott the local economy from within, spread violence and become part of the Fifth Column, primarily sabotaging the financial system.

Venezuela is struggling to get out of this dilemma which has people suffering, by de-dollarizing her economy, partly through a newly created cryptocurrency, the Petro, based on Venezuela’s huge oil reserves and also through a new Bolivar – in the hope of putting the brakes on the spiraling bursts of inflation. This scenario reminds so much of Chile in 1973, when Henry Kissinger was Foreign Secretary (1973-1977), and inspired the CIA coup, by “disappearing” food and other goods from Chilean markets, killing legitimately elected President Allende, bringing Augusto Pinochet, a horrendous murderer and despot, to power. The military dictatorship brought the death and disappearance of tens of thousands of people and lasted until 1990. Subjugating Venezuela might, however, not be so easy. After all, Venezuela has 19 years of revolutionary Chavista experience – and a solid sense of resistance.

Iran – is being plunged into a similar fate. For no reason at all, Trump reneged on the five-plus-one pronged so-called Nuclear Deal, signed in Vienna on 14 July 2015, after almost ten years of negotiations. Now – of course driven by the star-Zionist Netanyahu – new and ‘the most severe ever’ sanctions are being imposed on Iran, also decimating the value of their local currency, the Rial. Iran, under the Ayatollah, has already embarked on a course of “Resistance Economy”, meaning de-dollarization of their economy and moving towards food and industrial self-sufficiency, as well as increased trading with eastern countries, China, Russia, the SCO and other friendly and culturally aligned nations, like Pakistan. However, Iran too has a strong Fifth Column, engrained in the financial sector, that does not let go of forcing and propagating trading with the enemy, i.e. the west, the European Union, whose euro-monetary system is part of the dollar hegemony, hence posing similar vulnerability of sanctions as does the dollar.

China – the stellar prize of the Big Chess Game – is being ‘sanctioned’ with tariffs no end, for having become the world’s strongest economy, surpassing in real output and measured by people’s purchasing power, by far the United States of America. China also has a solid economy and gold-based currency, the Yuan – which is on a fast track to overtake the US-dollar as the number one world reserve currency. China retaliates, of course, with similar ‘sanctions’, but by and large, her dominance of Asian markets and growing economic influence in Europe, Africa and Latin America, is such that Trump’s tariff war means hardly more for China than a drop on a hot stone.

North Korea – the much-touted Trump-Kim mid-June Singapore summit – has long since become a tiny spot in the past. Alleged agreements reached then are being breached by the US, as could have been expected. All under the false and purely invented pretext of DPRK not adhering to her disarmament commitment; a reason to impose new strangulating sanctions. The world looks on. Its normal. Nobody dares questioning the self-styled Masters of the Universe. Misery keeps being dished out left and right – accepted by the brainwashed to-the-core masses around the globe. War is peace and peace is war. Literally. The west is living in a “peaceful” comfort zone. Why disturb it? – If people die from starvation or bombs – it happens far away and allows us to live in peace. Why bother? – Especially since we are continuously, drip-by-steady drip being told its right.

In a recent interview with PressTV I was asked, why does the US not adhere to any of their internationally or bilaterally concluded treaties or agreements? – Good question. – Washington is breaking all the rules, agreements, accords, treaties, is not adhering to any international law or even moral standard, simply because following such standards would mean giving up world supremacy. Being on equal keel is not in Washington’s or Tel Aviv’s interest. Yes, this symbiotic and sick relationship between the US and Zionist Israel is becoming progressively more visible; the alliance of the brute military force and the slick and treacherous financial dominion – together striving for world hegemony, for full spectrum dominance.  This trend is accelerating under Trump and those who give him orders, simply because “they can”. Nobody objects. This tends to portray an image of peerless power, instilling fear and is expected to incite obedience. Will it?

What is really transpiring is that Washington is isolating itself, that the one-polar world is moving towards a multipolar world, one that increasingly disregards and disrespects the United States, despises her bullying and warmongering – killing and shedding misery over hundreds of millions of people, most of them defenseless children, women and elderly, by direct military force or by proxy-led conflicts – Yemen is just one recent examples, causing endless human suffering to people who have never done any harm to their neighbors, let alone to Americans. Who could have any respect left for such a nation, called the United States of America, for the people behind such lying monsters?

This behavior by the dying empire is driving allies and friends into the opposite camp – to the east, where the future lays, away from a globalized One-World-Order, towards a healthy and more equal multi-polar world. – It would be good, if our world body, the members of the United Nations, created in the name of Peace, would finally gather the courage and stand up against the two destroyer nations for the good of humanity, of the globe, and of Mother Earth.