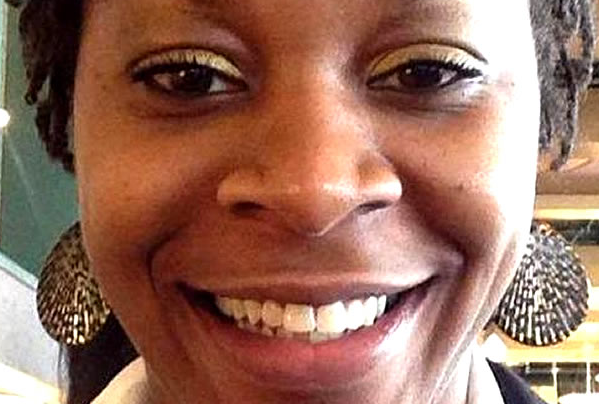 As I watched 28-year-old Sandra Bland assert her humanity by refusing to roll over and play slave for white Officer Brian Encinia, who had grown increasingly agitated by that refusal, the words of Zora Neale Hurston rang in my head through the numbness: “If you are silent about your pain, they’ll kill you and say you enjoyed it.”

On July 10, Bland was ready. If she was to die, if she was to feel the blows of brutality on her brown skin, no one would be able to say that she enjoyed it.

Some may say that Bland foreshadowed her own death in Texas. Her Facebook cover photo—highlighting the hypocrisy of state-sanctioned anti-black terrorism—shows a caricature of Dylann Roof eating the Burger King burger his arresting officers bought him after he was captured for murdering nine people at Emanuel African Methodist Episcopal Church in Charleston, S.C.

Beside him in the patrol car sits a black man, handcuffed, bloody and bruised. Her profile picture boldly states, “Now legalize being Black in America,” a reference to the Supreme Court’s landmark ruling that made marriage equality legal in all U.S. states while black people are still being killed relentlessly, oftentimes with their killers fully protected by the laws of those same states.

She knew that we lived in a world where that could be any of us walking around in this skin at any moment. She knew the stakes were high when she was pulled over. She knew her life was on the line because she, like all of us, had seen it so many times before. She, like so many of us, understood that we’re only one bullet or choke hold away from being the next hashtag.

And she was ready.

From there, Encinia grows increasingly violent, shedding his syrupy Texas drawl like a snake’s skin. After threatening to “light [her] up” with his Taser, Bland steps out of the car, calling him the coward that he is.

She knew the drill. She knew to narrate everything as it happened. She clearly states whenever Encinia pulls her roughly, when he twists her wrist, when he throws her to the ground and knocks her head to the pavement.

When she screams that she has epilepsy, Encinia sneers, “Good.” Bland continues to say that she can’t wait to take him to court.

Three days later, she would be dead, with authorities claiming that she hanged herself in her Waller County jail cell with a plastic bag.

While Bland’s alleged suicide is highly questionable and the focus of growing protests, MSNBC, CNN and Fox legal analyst Eric L. Welch Guster of Guster Law Firm confirmed for The Root what many of us watching the video already knew: She never should have been arrested in the first place.

“This video shows that Sandra Bland was wrongfully arrested,” Guster said. “If Encinia had followed proper protocol and procedures, Sandra Bland would be alive today.

“She didn’t have to put out the cigarette,” Guster continued. “There was no reason to ask her that. It wasn’t a lawful order for her to get out. She complied with his request for identification and was about to sign the ticket.

“Having a ‘smart mouth’ is not a reason to arrest someone,” Guster added. “She never threatened him in any way. He wouldn’t tell her why she was being arrested because he didn’t have a valid reason to arrest.”

No, he didn’t. And through her arrest and subsequent death, Bland has emerged as a martyr, illuminating police violence against black women in a way that is finally resonating across the country.

Black women have fought to be central to a movement that has historically marginalized us and continues to do so. We have told the Obama administration #WhyWeCantWait. We have urged the world to #SayHerName. Now more and more people are doing just that.

The day after Bland’s death, 18-year-old Kindra Chapman allegedly committed suicide in her jail cell in Homewood, Ala.—also, allegedly, by hanging—after being arrested on a trumped-up charge. There hasn’t been a lot of coverage of her case, and for some reason the hashtags haven’t flowed. Jefferson County, Ala., District Attorney Brandon Falls says that he is ready to release the preliminary autopsy findings, but he hasn’t been able to reach her family.

From what we know of Bland, she would have demanded justice for Chapman.

During the same week of Bland’s and Chapman’s deaths, we celebrated the birthdays of revolutionaries Ida B. Wells and Assata Shakur. It is also the week that Black Lives Matter co-founder Patrisse Cullors and protesters Tia Oso and Ashley Yates shut down Netroots Nation when they refused to genuflect at the altar of the Democratic Party’s racial cowardice.

Bland, who made it clear that she wanted the next generation to understand their “history and survival,” would have supported their speaking truth to power, just as she did before she was silenced, and just as Wells and Shakur did before them.

In many ways, our responsibility as writers during these times of relentless police violence is to record history, to provide a voice for those who are no longer here to speak for themselves. We use our platforms to that end day in and day out, sometimes struggling with what to say—again—and hoping that it’s powerful enough to play a role in raising awareness and finding a justice that always seems to elude black people in this country.

This time, the most powerful thing we can do is pass the mic to Sandra Bland herself:

“Hey, y’all. I am getting ready for bed,” she said at the beginning of her first #SandySpeaks video. “And before I go to sleep, there has been something big, really heavy on my mind. A seed that I feel God has truly planted in my life. Work that he has set for me to do, a message that he has for me to get out. So before I go to sleep on today, January 14, 2015, I wanted to make this video message and plant my seed of #SandySpeaks …

“Now would be the perfect time, if you feel like your child might be too young, to kind of start opening the door to them, and educating them on how to interact with police. It’s never too early, in all honesty … and if you’re a cop and you’re watching this, here’s your chance to say something to these kids …

“It’s time, y’all. It’s time. This thing that I’m holding in my hand, this telephone, this camera, social media is powerful. If we want to change, we can truly make it happen. We sit out here and we talk about we need the next so-and-so and this and that; no, you don’t. Start in your own home. Start with you. You start being that person that wants to make that change.

“You know, it’s funny … whoever’s watching this … I’m probably going to get a few of those Michael Jackson ‘Oh, I want to make that change’ comments, but laugh all you want to, say what you want, but I’m here to change history.”

We hear you, Sandra.

It may not be in the way that she thought she would, but she has, indeed, changed history. And as we continue to fight for justice for her, I also salute her.

Thank you, Sandra, for your voice. Thank you for bearing witness.

Thank you for not being silent about your pain and for making sure that no one could ever say that you enjoyed it.

Now, for Sandra Bland’s mother, Geneva Reed-Veal, and for many supporters around the country, “This means war.”