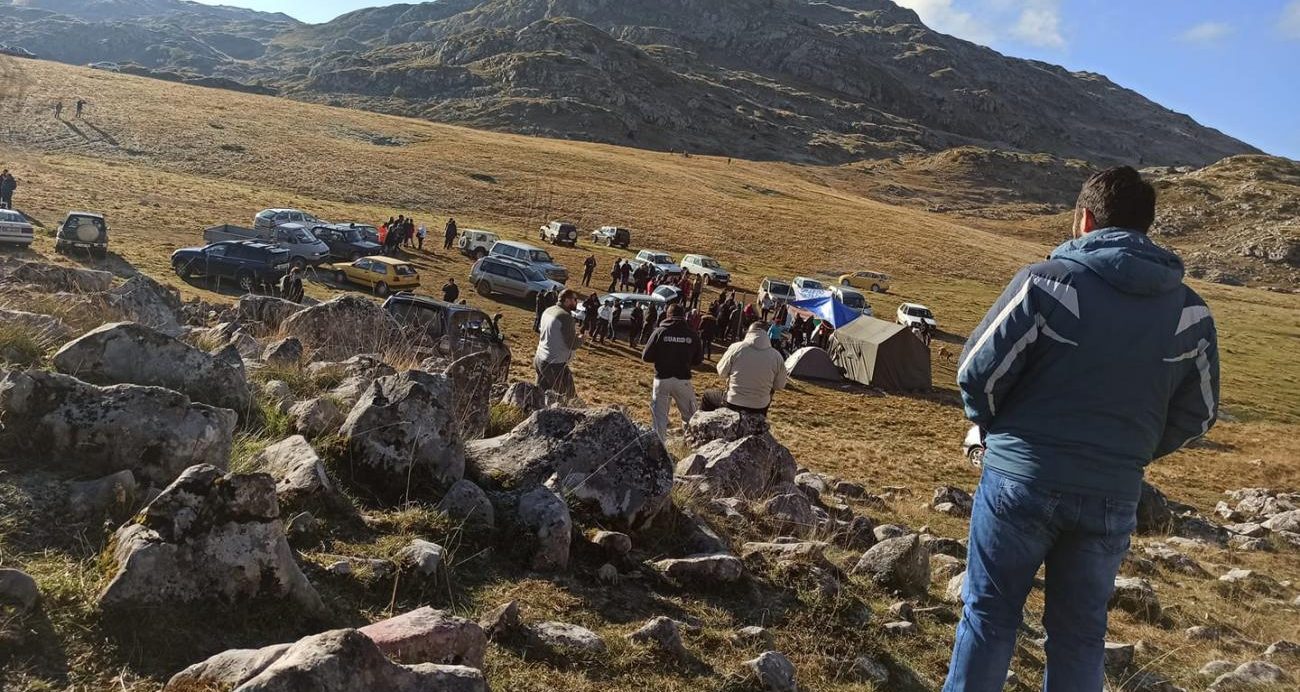 Save Sinjajevina Fighting To Stop Military Training On Pastoral Land

Above photo: People camping in the fields to block the military operations. Save Sinjajevina Association.

In late 2020, a coalition of national environmental and rights’ activists, pastoralists, and international NGOs resisted a military training exercise taking place in the unique Sinjajevina highlands. Following the first phase of the campaign, WRI staff met Pablo Dominguez, an eco-anthropologist from the “Laboratoire de Géographie de l’Environnement (GEODE), CNRS, Université Toulouse (France)” who scientifically advises and collaborates with the Save Sinjajevina Association, and shared with us the significance of this precious place, the movement that led its defence, and their plans for the future.

The Save Sinjajevina Association sends a letter to the Prime Minister and the Minister of Defense asking for a strong decision related to the creation of a NATO training camp.

Among other demands, the letter calls for a law to make Sinjajevina a protected site co-designed and co-governed by local communities.

Montenegro – The citizens’ initiative Save Sinjajevina sent two letters, one to the Prime Minister Zdravko Krivokapic and another to the Defense Minister Olivera Injac, with a request for a meeting to discuss and solve the problem of the military training ground still officially existing over Sinjajevina, and establishing a protected area co-governed by its traditional dwellers (farmers of Sinjajevina highlands and of the surrounding areas also using it).

The organization welcomed the first mutual communication by letter but it agrees that this must move to a higher level: “The Ministry of Defense informed us that they are trying to approach the issue of the military training ground in Sinjajevina in a professional and responsible manner. It includes a consultation with scientists and other stakeholders to determine all facts relevant to resolving the issue, but this is still not enough to solve the problem”, states Milan Sekulovik, President of Save Sinjajevina, and reminds that a European independent scientific study touching upon this case and territory is already ongoing, with the clear expectation that its results and conclusions are seriously taken into account by decision-makers and takers at Montenegrin and EU level.

“Consultation with scientists and other stakeholders is still not enough to solve the problem of Sinjajevina”.

In fact, in a recent TV interview, Ms. Injac was surprisingly doubtful about the cancellation of the military training ground in Sinjajevina: “it is too early to talk about that, we need to enter into a process of dialogue that may take time. We don’t need deadlines if we want to consider all the positions and stakeholders”.

Given this position of the Ministry and the Government of Montenegro, and in anticipation of the abolition of the decision on the military range in Sinjajevina made in September 2019, Save Sinjajevina insists that the installation of a military training ground in this area would violate an international UNESCO protected area. This is even more striking taking into account that it was inaugurated without any environmental impact assessment, nor a social impact assessment. While the environmental values of the Biosphere Reserve are in great part assured by the continued traditional uses of local communities dwelling in these highlands, and who would be forced out with the military ground along with the conservation values of their traditional uses.

The organization points out that, due to the possible intention of the Ministry of Defense and the Government of Montenegro as well as of NATO, to still use Sinjajevina as a military training ground, the legal procedure for establishing a protected natural area in Sinjajevina that was planned to be realized by 2020 and advised by the study of the Montenegrin Agency for Nature and Environmental Protection, co-funded by the EU and released in 2016, has been completely ran over and unfulfilled. And even if it had been included in the Spatial Plan of Montenegro, the most important official spatial planning instrument of the country. The protected area plan has been frozen and even silenced since the military ground was officially inaugurated. Moreover, the association Save Sinjajevina points at the more than possible illegality of the creation of the military ground as legal experts have started to underline nationally and internationally.