Saving Ecosystems To Protect The Climate, And Vice Versa: A Global Deal For Nature

Above Photo: The Arctic tundra is among several key ecosystems that store large amounts of carbon, keeping it out of the atmosphere, but that are under increasing pressure as global temperatures rise. Credit: Dave Walsh/VW Pics/UIG via Getty Images

For years, experts in conservation and climate science have urgently pursued two parallel paths—one to interrupt a large-scale extinction event, the other to avert a runaway climate crisis.

Now, an international group of scientists is proposing a third way that marries the two in an ambitious plan they hope will save the species that make our planet so rich—including ourselves.

It aims to set aside 30 percent of the planet’s lands for various degrees of protection from development and destruction by 2030, with additional protections for another 20 percent. It also sets goals for conservation in oceans and freshwater ecosystems.

The plan overlays two timetables—a race to get to zero net emissions of greenhouse gases in the next few decades; and an effort to slow deforestation, poaching and other threats to species and ecosystems before it’s too late. It posits that the carbon budget and the biodiversity budget are two sides of the same coin, as habitat degradation represents a key emissions source.

As comprehensive as Noah’s Ark, the Global Deal for Nature attempts to protect every kind of ecosystem. 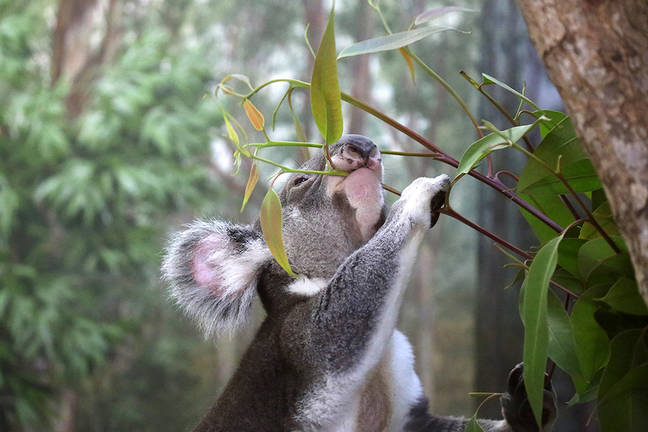 The study points to the eucalyptus forests of Australia and the rainforests of North America’s Pacific Northwest as two examples of ecosystems that are particularly good storehouses for carbon. Credit: Cautrok77/CC-BY-SA-2.0

“We’ve made a mess of it for ourselves in terms of biodiversity and climate. We’re on two terrible trajectories,” said Eric Dinerstein, the lead author of the paper. “We’re living through the sixth great extinction crisis and a dramatic change in the earth’s climate, which threatens the future of humanity.”

“It’s really a hopeful vision that it’s achievable—that we can get ourselves out of this,” said Dinerstein, director of Biodiversity and Wildlife Solutions at Resolve, a non-governmental organization involved in environmental issues. His coauthors are leading conservation scientists from research institutions, non-governmental organizations, major technological companies and conservation groups. Their work builds on an earlier study, from 2017, that identified ecoregions that must be protected to preserve biodiversity.

In the new paper, the authors write that “the nexus of climate and biodiversity science offer chilling scenarios” if the earth warms beyond 1.5 degrees Celsius above pre-industrial times, a limit presented in the Paris climate agreement.

After that, they warn, there’s a “point of no return” looming—including large-scale coral bleaching events, massive tree mortality in coniferous forests, and infestations of ticks affecting reindeer, moose and other large, cold-climate species.

“It has become clear that beyond 1.5°C, the biology of the planet becomes gravely threatened because ecosystems literally begin to unravel,” they write. 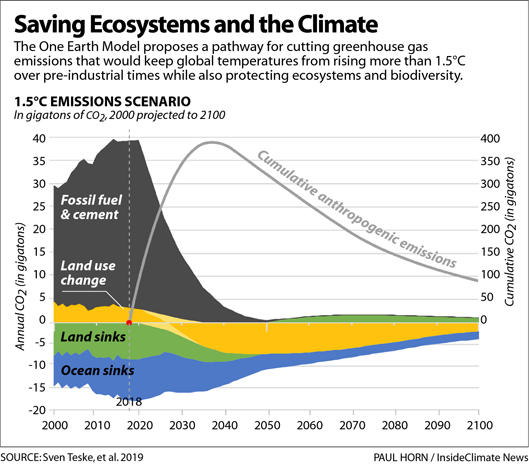 Last year, the Intergovernmental Panel on Climate Change reported that the world needed to undergo a radical transition of its energy, transportation and agriculture systems to keep climate under a threshold of 1.5°C of warming.

To achieve that goal, the IPCC found that countries would have to cut global CO2 emissions 45 percent below 2010 levels by 2030 and reach net zero emissions by around 2050. Failure to do so would result in dramatically increased risks to human civilization and life-sustaining ecosystems.

Meanwhile, in another corner of the conservation and global policy world, the UN Convention on Biological Diversity, a multilateral treaty that aims to preserve biodiversity, is edging closer to a deadline of its own.

Countries involved are working to achieve what’s called the Aichi Biodiversity Targets—a set of 20 targets that would identify the causes of biodiversity losses and then combat them to preserve species. The targets are supposed to be achieved by 2020, but progress has been slow. (The United States hasn’t even ratified the convention).

“With all the focus on climate, the extinction crisis has been sidelined a little bit,” said Rod Taylor, the global director of forests at World Resources Institute. “Recognizing the overlap is pretty important.”

Taylor, who was not involved with the paper released Friday, said the plan is a good first step. “It’s putting something out here to trigger the debate,” he said. “Different countries will have different opinions on how to achieve it. It’s good to have something on the table.”

The authors’ goal is to have the plan adopted by the Convention on Biological Diversity, and to have it taken into account by climate change negotiators when they meet in 2020 at the UN climate change conference in Beijing.

The IPCC’s report from last year showed that even a rapid transition away from fossil fuels won’t be enough to keep warming to 1.5°C above pre-industrial times. The world needs to find ways to remove carbon dioxide from the atmosphere. But many of the technologies that are being designed to do that aren’t proven, let alone at the speed and scale needed.

In the paper on Friday, the authors called the Global Deal for Nature “the cheapest and fastest alternative for addressing climate change.”

One of the goals in the Global Deal for Nature is to maximize carbon sequestration by natural ecosystems—relying on trees, soils and other carbon sinks to naturally extract carbon from the atmosphere. 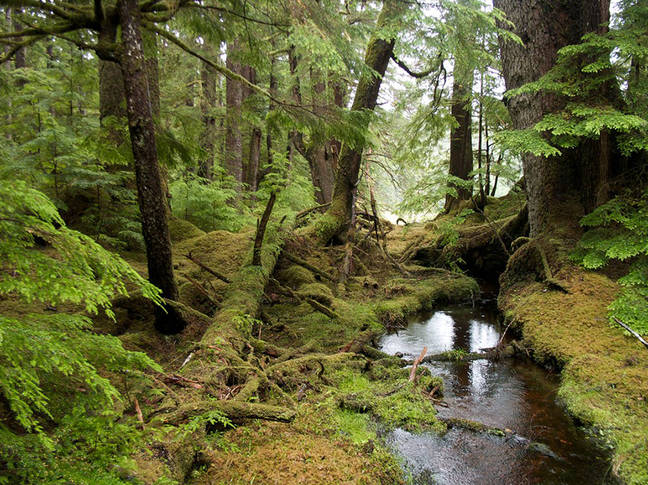 The Global Deal for Nature proposes to maximize carbon sequestration by relying on natural ecosystems such as trees, soils and other carbon sinks to naturally extract carbon from the atmosphere. Credit: Sam Beebe/CC-BY-2.0

The tundra and boreal biomes around the Arctic Circle are particularly good storehouses for carbon and would be protected and retained under the plan. So would forests with high carbon density, from the temperate rainforests of the Pacific Northwest in the United States and Canada to the temperate eucalyptus forests in southeast Australia. The plan seeks “protection for these and other ‘high-biomass forests’ that are disproportionately important in climate mitigation.”

The benefits of those protections also extend to biodiversity, they write, as in the case of large tropical trees that store carbon and also rely on animals for seed dispersal.

The proposal’s other specific goals are to represent all native ecosystem types, to save species, to maintain ecological function and ecosystem services, and to address environmental change to maintain evolutionary processes and adapt to the impacts of climate change.

The Global Deal for Nature proposal includes targets on the following issues: agricultural expansion, roads, dams, overfishing, wildlife trade, invasive species, plastics, toxins and ozone-depleting chemicals. For each, it includes a 2018 benchmark, a 2030 milestone and a target outcome for 2050.

“If the models are right and we need to stay below 1.5 degrees to keep the ecosystems from unraveling and for humanity to have a safe operating space in the future, we have no alternative than to put more land under conservation,” Dinerstein said. “If you want to save biodiversity we have to stay below 1.5, and to do that, we need 50 percent of the earth to be set aside.”