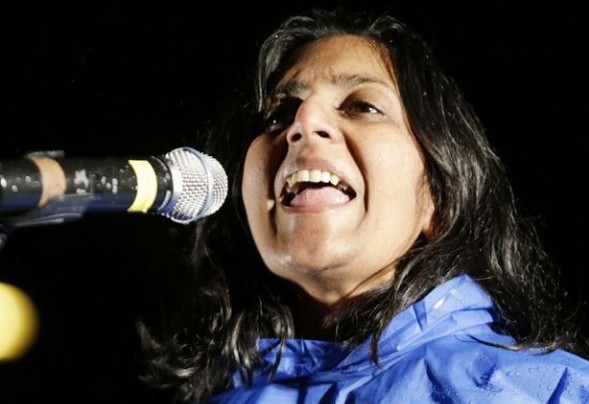 Kshama Sawant was recently elected as the first socialist city council member in Seattle in more than one hundred years, and within days of her election, this lawmaker is already stirring controversy and drawing condemnation for her radical, truly socialist policies. No private insurance companies in this version of progress!

Initially seen as a longshot candidate, Sawant refused to concede the Seattle city council election earlier this month and went on to defeat the 16 year Democratic incumbent Richard Conlin. While her campaign platform was noticeable for pulling no punches with its anti-capitalist, pro-worker bent (the $15 minimum wage is a key part of her message), her successful election has only galvanized her to promote an even more explicitly socialist agenda.

Like taking a page out of Marx’s book and urging workers to seize the means of production from the company executives at Boeing; after all, executives don’t build planes.

“The workers should take over the factories, and shut down Boeing’s profit-making machine.”

Sawant’s argument that workers should seize the physical assets of Boeing is (probably) not the beginning of a drive towards the widespread public seizure of private assets. It is, however, a response to decades of Boeing’s manipulation of the tax code and labor policy; this manipulation has lost the State of Washington billions in tax revenue that may or may not have been offset by the economic activity Boeing brings to the state.

Boeing is adept at squeezing monetary and policy concessions out of the jurisdictions where it operates its factories. In 2003, Washington legislators approved a broad package of tax breaks and other special benefits for Boeing; this year, when the company began plans to build a new plan, lawmakers were just as eager to help. Boeing requested over $9 billion in tax breaks through 2040 in order to keep the production of the 777X in Washington State, and the state legislature convened a special two day session to pass the law.

There’s just one big catch: while tax breaks might have been one of Boeing’s primary concerns, a labor agreement was the other. Boeing aimed to sign an eight year agreement with union workers in exchange for promises to keep production in Washington State, but demanded that new workers give up the guaranteed company pension and would have limited raises for workers to 1% every two years (well below the annual rate of inflation).

Sawant urged Boeing workers at a rally on Monday to protect their rights and not give in to Boeing’s demands; their “economic terrorism” has gone on long enough:

“Boeing has got enormous – tens of billions – of handouts over the last several decades. And they are once again – this in not the first time, and it will not be the last – they are once again holding, not just the Boeing workers, but the entire economy of the State of Washington hostage.”

Sawant says that since Boeing’s executives have made the first move of threatening the economy, Boeing workers have to move to pose a counterthreat to nullify the position of executive power. Workers have to realize that they have more power than they think and demand that companies stop the “race to the bottom” in wages, work safety standards, and other legislation designed to protect workers and their environment… even if that means workers themselves taking over the factories for “democratic ownership.”

Kiro 7 reported that Sawant has been taking some serious heat for her statements, and gave her the opportunity to revisit what she really meant. Some politicians (*coughTedCruzcough*) would take this as a chance to backpedal on an unpopular message (he really DIDN’T want the government to shutdown), but Sawant stood by her remarks, even those calling for workers to kick executives out of companies and run the company for themselves.

You can check out her interview with Kiro 7 below:

Now THIS is socialism; how refreshing it is to hear the label used properly! Public housing built by union carpenters being paid a living wage… This is the real agenda of the left: real jobs, real wages, real places to live for everyone. Seattle was ready to take the plunge; how about the rest of America?