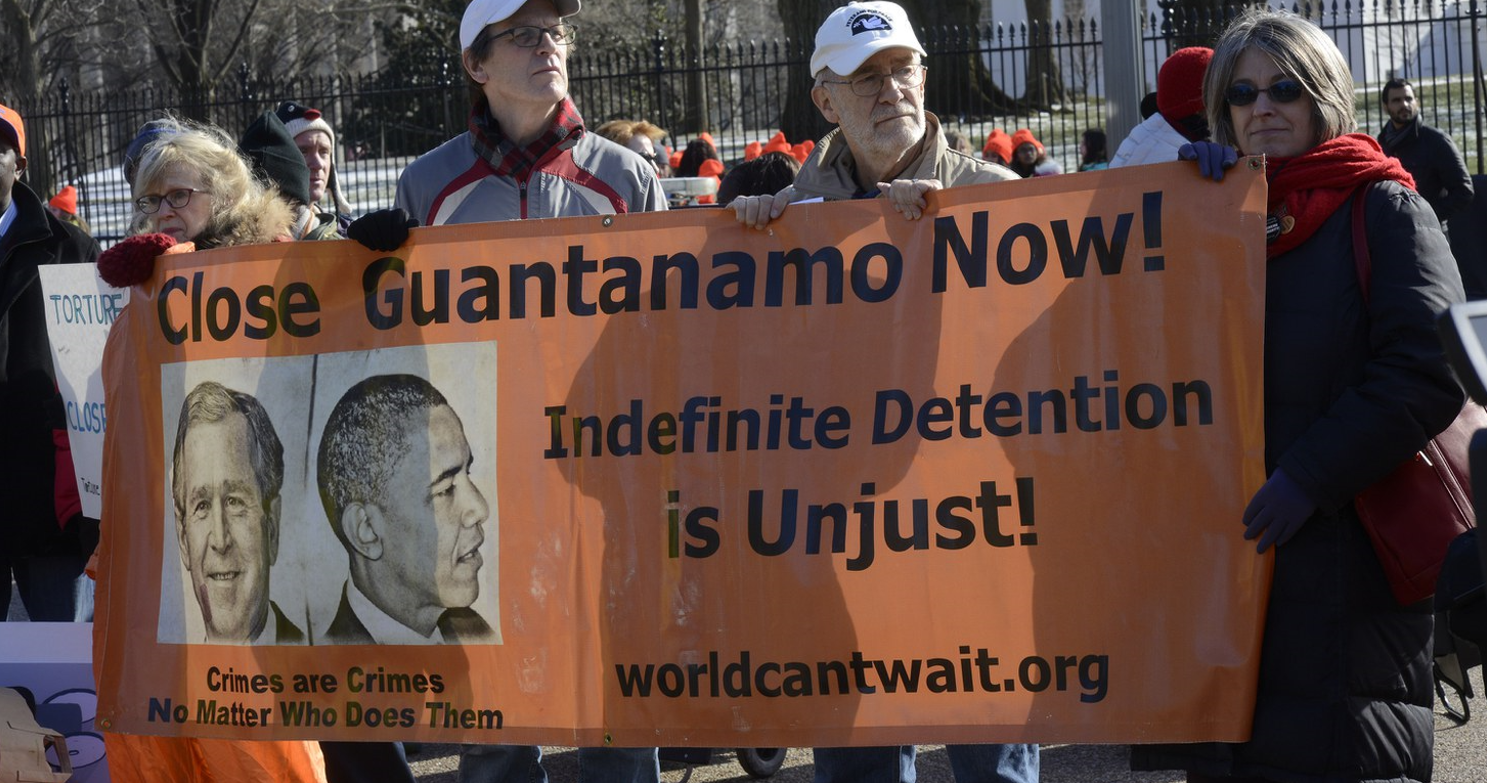 Scheer Intelligence: A Traitor To Torture

Above photo: 2015 DC Rally And March To Protest The 14th Year Of Guantanamo Torture And Indefinite Detention. Stephen Melkisethian/Flickr.

Those who invented America’s torture program were promoted and protected by presidents of both parties.

Only the whistleblower, John Kiriakou, was prosecuted. This is his story.

Once upon a time, a keystone of American exceptionalism was the claim of a moral high ground when it came to how our forces operated abroad, in war or peace, especially when it came to the use of torture, that hallmark of enemies we stamped as evil, primitive and sadistic. The ends were not supposed to justify the means, lest we be no better than our rivals and predecessors.

Yet, within months of the 9/11 attacks, frustration with the interrogation of a single alleged enemy agent led to the creation of a sprawling, global CIA-run torture program using violence, sleep deprivation and isolation on more than 100 men. While the program was eventually outlawed and deemed a massive strategic and moral failure, nobody was held legally accountable — except, in a terrible irony, a whistleblower who risked everything to expose it.

Nearly two decades after US taxpayer dollars began paying, against all international law, to waterboard, beat, freeze, shackle, and isolate humans in boxes not much bigger than their bodies, the only person who has been prosecuted is John Kiriakou, a former analyst and case officer for the CIA, who served 23 months in federal prison for telling reporters the truth — after being prosecuted by a Democratic administration which actually promoted the torturers.

In this week’s installment of the Scheer Intelligence podcast, host Robert Scheer hears from Kiriakou the inside story of how the the program started as part of a cynical power struggle between the CIA and FBI, why torture does not save lives or secure better intelligence, and how, while the program was started under Republican President George W. Bush, it was a top appointee of President Obama, himself a key architect of the torture program, who chose to prosecute him five years after his interviews with ABC which should have made him a national hero instead of a disgraced felon.

The discussion also reveals how much is still unknown about the torture program, and how much bipartisan work has been done to repress a full accounting of it. What we do know, however, is horrifying, as Kiriakou details with many examples of practices that often led to madness, death and permanent disability:

“You know, people begin undergoing organ failure with no sleep. The CIA was authorized to keep people awake for 14 days beyond the point of [risk of death]. That was one technique. Another was called the cold cell, where you’re chained to this bolt in the ceiling and you’re naked, and your cell is chilled to 50 degrees Fahrenheit. And every hour a CIA officer goes into your cell and throws a bucket of ice water on you. We killed people with that technique.”

The conversation also explores the highly selective and self-serving choices the US government makes in who is prosecuted for leaking government secrets, including the shocking case of Gen. David Petraeus, who gloated when Kiriakou was convicted but himself had leaked classified information to his biographer (with whom he was having an affair), including the identities of ten covert CIA officers, but suffered minimal repercussions.

“[Petraeus] had given her access to the black books, which are literally the most highly classified documents produced by the Central Intelligence Agency,” said Kiriakou. “And what did he get? He got 18 months of unsupervised probation, a misdemeanor, and at sentencing, the judge came down from the bench to shake his hand and thank him for his service to the country.”

Even before he left the CIA and became a whistleblower, it became clear to him that having a conscience and belief in the law were detriments to advancement. He tells the story of how, despite having been lauded for capturing the “number three in Al-Qaeda” he was passed over for a promotion; he was later told it was because he was the only one of 14 agents recruited for the torture program who had deemed it immoral, unethical and illegal.

Those who would eventually participate were otherwise highly-educated, successful people — as Scheer notes, the same so-called “Best and the Brightest” who engineered the disastrous war in Vietnam.

“That’s right,” agrees Kiriakou. “These were friends of mine. Our wives were friends. Our children played together and here they turned out to be monsters, monsters. Murderers in some cases.”