The RSC announced that after months of deliberations and a vociferous campaign from artists, the public and environmentalists, it had decided to curtail its eight-year relationship.

The move will increase pressure on other cultural institutions such as the Royal Opera House, British Museum and National Portrait Gallery, which have all come under pressure over their tie-ins with fossil fuel companies.

Jess Worth, the co-director of the campaign group Culture Unstained, said the decision was “fantastic news” that signalled the end of fossil fuel sponsorship of the arts.”

Today, school strikers from twelve cities, towns and regions will send a letter to the Royal Shakespeare Company calling on it to immediately drop BP. The oil giant currently sponsors the theatre company’s £5 ticket scheme for 16-25-year-olds, but following the record-breaking protests last Friday, the school strike movement is turning its attention to the way in which BP is targeting their age-group directly through arts sponsorship.

The letter was written by 18-year-old Oxford school strike organiser Ella and signed by 28 other representatives of the youth-led movement, including key organisers from the RSC’s home town of Stratford-upon-Avon. It references the RSC’s hit musical ‘Matilda’ and states:

‘We are the audiences of the future and we will not support theatre that accepts sponsorship from a company that is continuing to extract fossil fuels whilst our earth burns. We wish that the RSC would act on the ideas that they present in Matilda and not give in to the powerful oppressor. As said by Matilda herself: “If it’s not right, you’ve got to put it right!”’

The RSC’s sponsorship deal with BP has already been the target of high-profile criticism. In July, Oscar-winning actor Sir Mark Rylance resigned as an Associate Artist in protest against the ongoing oil branding deal. Over 60,000 people have signed a petition calling on the RSC and other BP-sponsored cultural organisations (the British Museum, National Portrait Gallery and Royal Opera House) to end their associations with a company that has contributed so significantly to climate change and plans to spend £40 billion over the coming decade on new oil, dwarfing the 3% of its funds earmarked for low carbon energy projects. 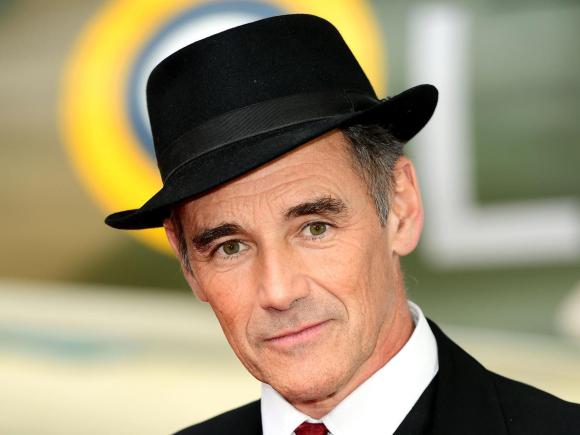 If the RSC does not drop BP, the school strikers pledge to boycott RSC plays and encourage their schools to do the same, which could have significant financial consequences for the theatre company. They are also inviting other school strikers to add their names to the letter.

Last Friday, as massive school strikes were taking place across the UK, and as in Stratford-upon-Avon hundreds of school children and students gathered outside the theatre chanting ‘RSC! Drop BP!’, the theatre company quietly announced that it had made another multi-million pound surplus in 2018-19, largely from royalties from the smash hit children’s musical Matilda:

“After expenditure of £82.9m a surplus of £3.45m was mainly related to capital fundraising and the Matilda The Musical UK and Ireland Tour. It will be used to support the RSC meet its strategic objectives, including capital projects.”

This means the RSC’s surplus ‘strategic investment fund’ of profits from Matilda’s success now holds over £18 million, yet the theatre only receives around £375,000 a year from BP. It can clearly afford to prioritise young people by dropping BP and funding the £5 ticket scheme itself while it looks for alternative funding sources.

Outside @TheRSC, hundreds of school strikers chant “RSC, drop BP!” Time to decide, RSC. Are you on the side of young people who want a future, or on the side of your dirty corporate sponsor? #globalclimatestrike #fossilfreeculture pic.twitter.com/lbvqlhEdAp

In their letter, the schools strikers argue that the RSC:

“Needs young people far more than it needs BP, with children and young people making up the bulk of the audiences of your hit show “Matilda the Musical”, which has made you a financial surplus of millions. In comparison, BP provides less than 0.5% of the RSC’s income, and yet is allowed to put its logo on tickets.”

The RSC has acknowledged that we are in a ‘climate and environment emergency’, but the strikers point out that this stands at odds with the theatre’s promotional deal with BP. According to the letter:

“BP is jeopardising the futures of these young people they apparently care so much about, by continuing to extract huge quantities of oil and gas, and actively lobbying against the climate change policies that we school strikers are pushing so hard for… As an organisation that appears to care about climate breakdown, it simply makes no sense for you at the Royal Shakespeare Company to be accepting sponsorship from a company that is the third biggest corporate source of greenhouse gases in history.”

Chloe Hawryluk, 16, is a key organiser of the Stratford-upon-Avon school strikes. On signing the letter, she said:

“As a pupil of the school that Shakespeare attended himself, I cannot begin to explain my displeasure in learning about BP’s recent sponsorship of the RSC’s 16-25 tickets. If I want to attend the theatre, I want to attend the theatre without supporting a company that is continuing to extract fossil fuels whilst the rest of the world knows we must transition away from them into more renewable energy sources. 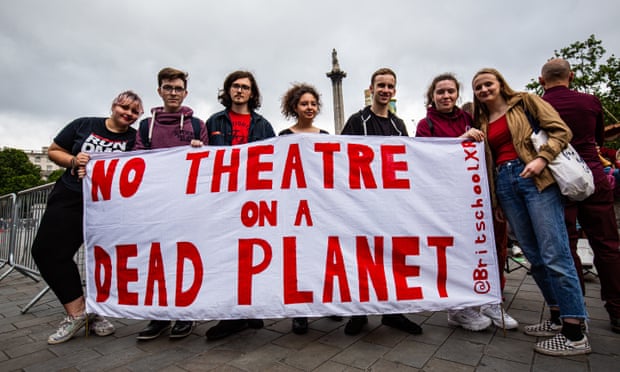 Eden, a 19-year-old student at London’s Central School for Speech and Drama, also signed the letter. She said:

“Shakespeare said ‘the great globe itself shall dissolve’. By endorsing BP, the RSC is allowing his words of the past to become a horrifying reality. Continued support of the oil industry will not only destroy my future, but is already causing terrible suffering to people on the frontline of the climate crisis right now.

How can you sleep at night knowing that you’ve tied the purity and hope of the arts to BP’s dirty, colonial extractive practices, which include fracking, tar sands and deep offshore drilling? This company is brutally exploiting our earth and its people. I can no longer trust the theatre I thought I loved, and for that betrayal, my heart is broken.”

Chad, a 17-year old student at the BRIT School and climate activist, has also signed the letter. He says:

“Shakespeare and the RSC are inspirations in my love of theatre, and my hopes to work as a professional director. For this reason, I cannot sit and watch while BP – one of the biggest commercial contributors to climate change which will strip me of any future I may have – plasters its logo on this art so beloved to me, despite contributing a tiny proportion of the funding.”

The young campaigners end their letter by requesting a meeting with the three most senior RSC staff, who have all made public statements around BP sponsorship – Artistic Director Gregory Doran, Executive Director Catherine Mallyon and Deputy Artistic Director Erica Whyman – as soon as possible.

“More than four million people have taken part in this week of climate strikes, and all with a clear message – that time’s up for the fossil fuel industry. It’s hardly surprising that young people in the UK find it unacceptable for much loved institutions like the RSC to be taking money from companies like BP, who are wrecking the planet and gambling with their futures”.