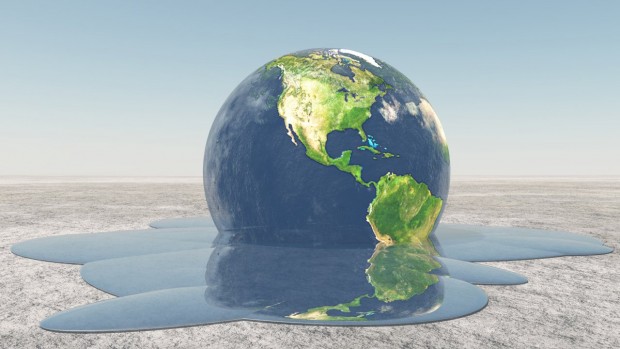 Scientists Urge Governments To ‘Commit To Our Common Future’

Science Offers Robust Foundations for Ambitious Outcomes at COP21 and Beyond

The scientific conference “Our Common Future under Climate Change” (CFCC15*) covers the full landscape of scientific knowledge on climate change. The largest international science conference before the Paris COP21, with close to 2,000 participants from almost 100 countries, CFCC15 explores current understanding of all dimensions of the climate change challenge plus the full range of mitigation and adaptation options that can lead to sustainable, equitable solutions across all nations and regions.

The main objective of COP21 in December 2015 is to produce a cooperation framework among governments for a steady increase of individual and collective ambitions for addressing the challenge of climate change. The new climate governance regime is intended to strengthen confidence, support implementation, maximize benefits of international cooperation, and cement awareness that a new development model (low to zero carbon, resilient) is emerging. For science, the opportunity is progressively broadening from assessing risks and options to also understanding and helping enable transition pathways to sustainable, resilient economies and societies.

This statement distils the scientific foundation for action, building on current understanding of the solution space and the problem space.

Climate change is a defining challenge of the 21st century. Its causes are deeply embedded in the ways we produce and use energy, grow food, manage landscapes and consume more than we need. Its effects have the potential to impact every region of the Earth, every ecosystem, and many aspects of the human endeavour. Its solutions require a bold commitment to our common future.

Smart policies to manage and reduce the risks of climate change must be fair, embracing the importance of history, capabilities, equitable financing, and the richness of human experience. 2015 is a critical year for progress. The window for economically feasible solutions with a reasonable prospect of holding warming to 2°C or less is rapidly closing.

Every nation has a role. Bold action in 2015 can be decisive in assuring a common future of sustainable, robust economies, equitable societies, and vibrant communities.

Science is a foundation for smart decisions at COP21 and beyond. Solving the challenge of climate change requires ambition, dedication, and leadership from governments, the private sector, and civil society, in addition to the scientific community.

We in the scientific community are thoroughly committed to understanding all dimensions of the challenge, aligning the research agenda with options for solutions, informing the public, and supporting the policy process.

1.Ambitious mitigation to limit warming to less than 2°C above preindustrial levels is economically feasible. Delaying deep emissions cuts, waiting on the sidelines by some countries, or excluding particular clean-energy technologies all increase costs and complexity. Cost-effective mitigation pathways to limit warming to 2°C require reducing emissions of greenhouse gases by 40–70% below current levels by 2050.

2.Mitigation over the next few decades will be pivotal in determining the amount of long-term warming and associated risks. But even with ambitious mitigation, much of the climate change over the next few decades is unavoidable as a result of both climate processes and the natural lifecycle of existing technology and infrastructure. Adaptation in the near term and long term can help address risks of impacts that cannot be avoided, but there are limits to adaptation.

3.Investments in climate-change adaptation and mitigation can provide a wide range of co-benefits that enhance protection from current climate variability, decrease damages from air and water pollution, and advance sustainable development. Smart responses to climate change, designed to maximize co-benefits and minimize adverse side-effects, can be part of an integrated strategy of inclusive and sustainable development.

4.Ambitious mitigation will require a range of actions, including investing in research, development, and technology transfer; phasing out subsidies on fossil energy; and pricing carbon. Pricing carbon helps level the playing field among energy technologies by charging for the damage caused by climate change and rewarding other benefits of mitigation activities.

5.Over the rest of the century, global investments in energy and energy infrastructure will total many trillions of dollars. The additional investment required to transition to clean energy can be a small fraction of this amount. With effective implementation, this additional cost can be an important contributor to inclusive and sustainable economic growth.

6.Emissions of heat-trapping gases are simpler to reduce in some sectors than in others. Decreased deforestation, energy efficiency, electricity generation, buildings, and cars are at the simpler end of the spectrum. Aviation, heavy trucks, ocean ships, and agriculture are more complicated. Technologies with huge potential include demand management, energy efficiency, solar, wind, bioenergy, and nuclear, with the possibility of breakthroughs. Improved stewardship of the Earth presents large opportunities not only for climate but also for biodiversity and ecosystem services.

1.Warming of the climate system is unequivocal. Human activities are to blame for much of the warming to date.

2.Impacts of climate changes that have already occurred are widespread and consequential. Impacts have affected every continent, from the equator to the poles and the mountains to the coasts. Climate changes have contributed to many kinds of extremes, including heat waves, heavy rain, wildfires, droughts, and decreased snow and ice. They have made it more difficult to increase crop yields and have shifted the locations and activities of plants and animals on the land, in lakes and rivers, and in the oceans.

3.People and places around the world are vulnerable and exposed to climate change, with different risks in different places. Vulnerability is especially daunting where poverty, inequalities, lack of infrastructure, and ineffective governance combine to constrain options.

4.Continued high emissions of heat-trapping gases increase the risk of impacts that are severe, pervasive, and irreversible. Risks for people, economies, and ecosystems are all much greater in a world of continued high emissions, with warming by the end of the century potentially reaching 4°C or more above preindustrial levels, than in a world of ambitious mitigation. Risks of greatest concern include impacts on food and water security, human health and well-being, biodiversity and ecosystem services, inequalities and poverty, unique cultures, economic activities and infrastructure, and crossing of large-scale thresholds for sea level, biodiversity, and climate feedbacks.