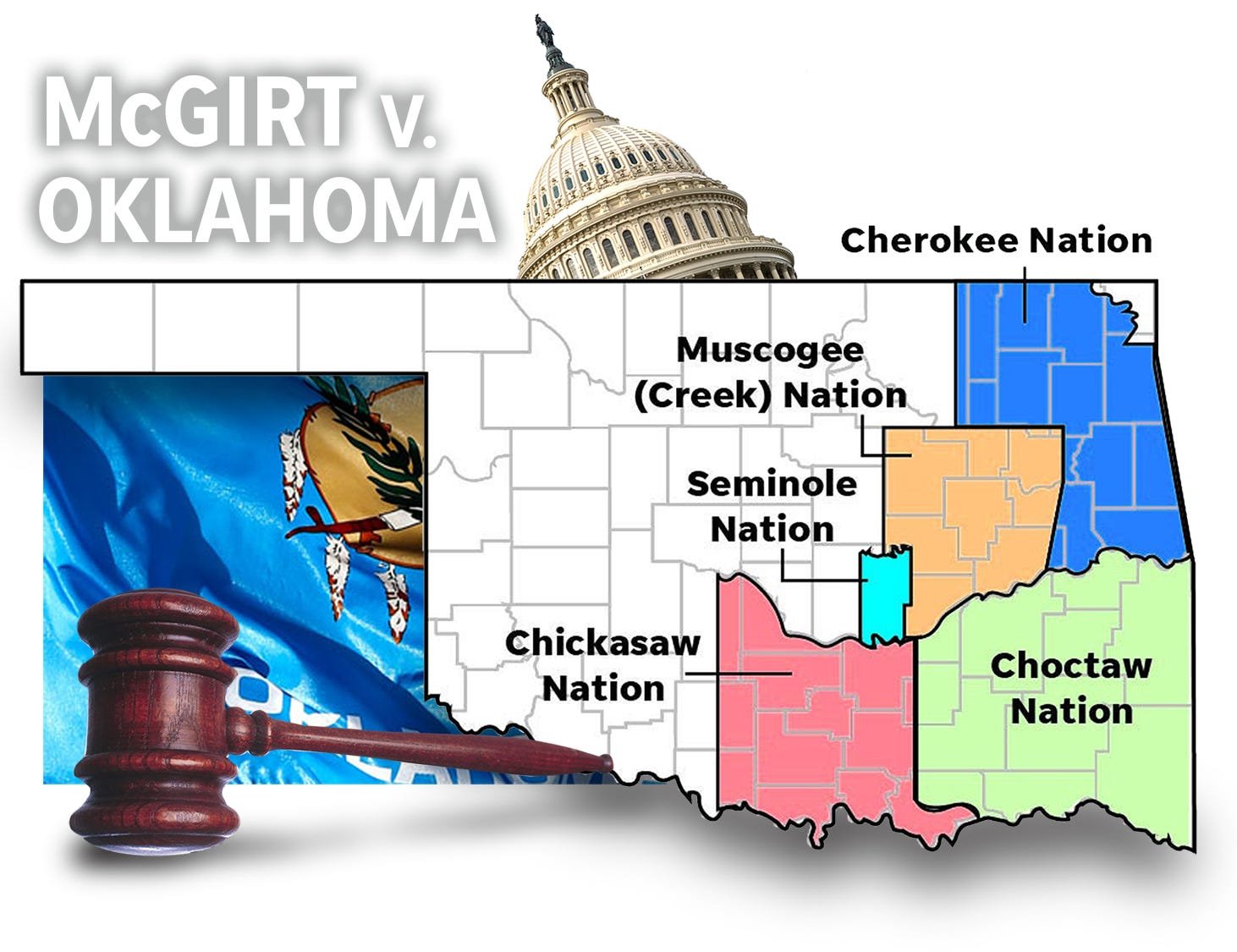 On Monday, November 29, anti-Indigenous Oklahoma Governor Kevin Stitt’s futile attempts to undermine and destroy tribal sovereignty through legal avenues ended for good when the US Supreme Court refused his request to reexamine their 2020 McGirt ruling.

Convened under the guise of exploring “cooperative sovereignty,” this commission is nothing but a farce, proven by the fact that it excludes actual tribal leadership.

Together, Stitt and Big Oil worked in tandem to turn Oklahoma into one giant regulatory rollback to exploit for profit, seeing McGirt – and Oklahoma’s sovereign tribal nations as a major setback. While we know Stitt and Oklahoma’s pro-Oil lobby will continue their anti-Indigenous tirades, we can rest assured knowing, for now at least, Oklahoma’s Tribes retain their sovereignty and are united against the state under Governor Kevin Stitt.