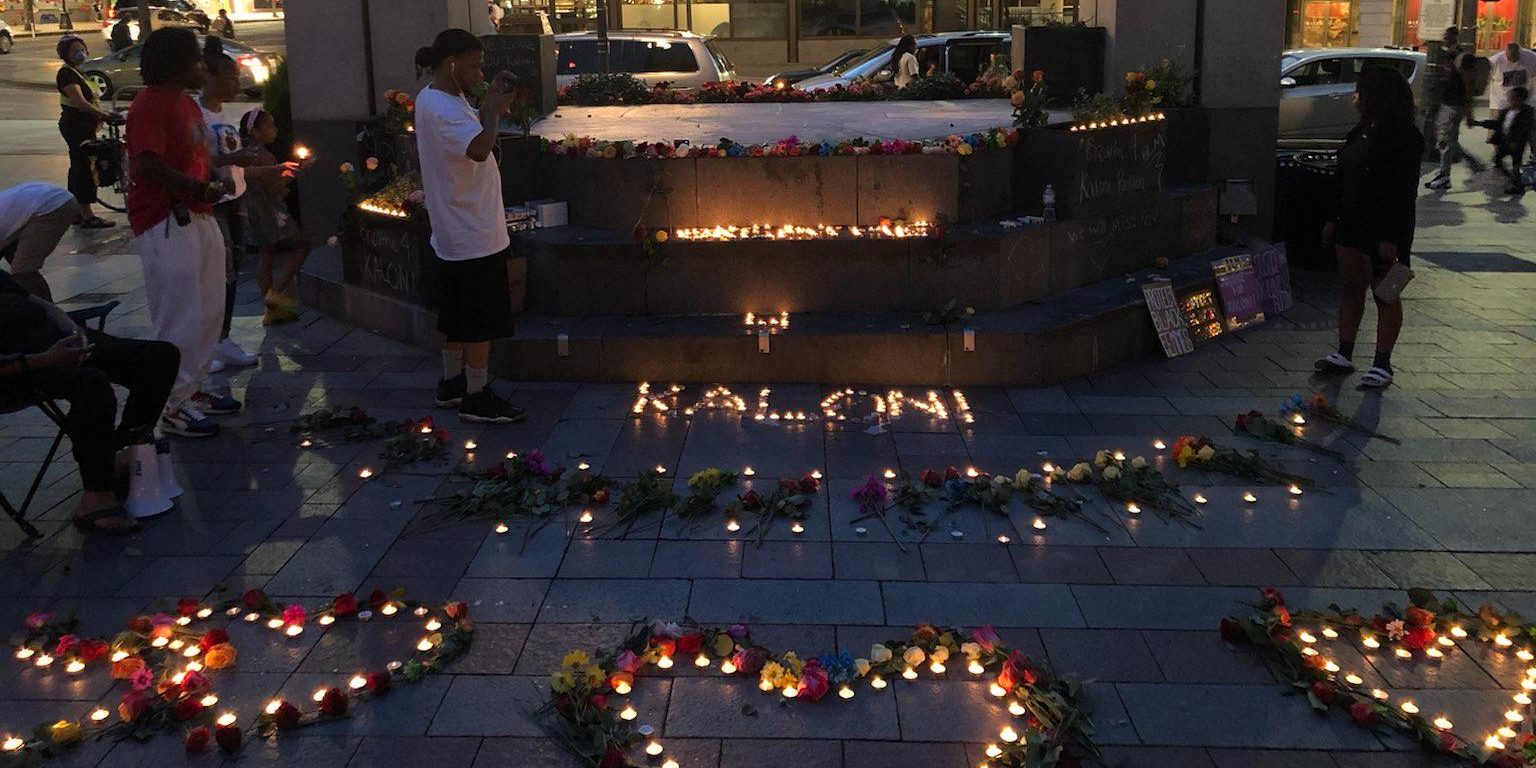 Above Photo: Vigil for Kaloni Bolton at Westlake Park in Seattle. Liberation photo.

‘No Justice, No Peace, It’s The Doctors and The Police!’

Hundreds of protesters gathered at Westlake Park in Seattle on the afternoon of July 24 for the Healthcare Equity March. This was the most recent of a series of protests centered around Kaloni Bolton, a 12-year-old Black girl who died tragically at the beginning of this year as a result of medical negligence.

The protests have been organized by Kaloni’s family and local organization Decolonizing Science, who Kaloni’s mother and aunt Kristina Williams and Francis Bowman say have been very helpful in bringing people out. Williams and Bowman spoke with Liberation News to bring attention to Kaloni’s story.

On December 29, 2020, Kaloni’s older sister brought her to the Renton Landing Urgent Care clinic in Renton, Washington, run by Valley Medical Center of University of Washington Medicine. They were seeking simple treatment for an asthma attack: an Albuterol nebulizer, something Kaloni had received at least 20 times throughout her life.

Saying that they were not able to provide respiratory care at that location, Renton Landing turned Kaloni away and sent her to North Benson Urgent Care four miles away, where Kaloni had been a patient for most of her life. Upon arriving at North Benson, Kaloni was sent back outside to wait in the car without her vital signs being checked and Kaloni’s sister called her mother to let her know what was going on. After 30 minutes waiting, Williams called the clinic to check in and inquired about priority for patients with life threatening concerns – she was told “first come, first served.”

While Kaloni waited, she watched other patients let in ahead of her, including some who had checked in after she did, none of them Black. On the phone with her mother, she asked: “Why are they seeing everybody else but me?”

It took over an hour for a provider to see Kaloni, and by then she was fighting to breathe. A nurse brought an oxygen tank that Williams describes as “rusty- it looked like it had been sitting for years.”

An oxygen tank is not a typical treatment for an asthma attack, as Williams told Liberation News: “Anyone with common sense at a respiratory facility knows oxygen doesn’t open your lungs, Albuterol does.” No air came out of the oxygen tank, and the entire care team left the room to find another one, leaving no medical professional with Kaloni. By the time they came back with a second tank, she had lost consciousness. Kaloni was transported to Seattle Children’s Hospital about 40 minutes away, bypassing several other emergency rooms, where she passed away after two days on life support.

This family is no stranger to discriminatory treatment in healthcare. Bowman, Kaloni’s aunt, shared that a doctor at the University of Washington who saw her for high blood pressure 20 years ago declined to treat her for it, telling her, “It has to be like this for twenty years before it does any damage,” and sending her on her way. Twenty years later, she is still suffering from high blood pressure.

This type of healthcare disparity is well-documented in the United States. In 2016, about 50% of medical students surveyed expressed one or more false beliefs about Black patients including that they have thicker skin or less sensitive nerve endings than white patients. Only 54% of Black ER patients receive painkillers for extremity fractures, compared to 74% of white patients. These myths around Black peoples’ pain and health are yet another lasting effect of chattel slavery that has yet to be repaired.

Valley Medical has put out several statements about Kaloni’s case claiming that they have been in communication with the family, which both Williams and Bowman say is untrue. In the one meeting they had with the Valley director, the director “couldn’t answer simple questions…what’s the protocol.” Valley also says that their policy is to check vitals before sending patients to wait in a vehicle, which was not done for Kaloni.

Williams and Bowman say the number one thing they want from Valley Medical is accountability and answers: “I just don’t get why my daughter’s not here today.” They also want to see the North Benson Urgent Care shut down, saying, “There’s nothing urgent about it.”

Bowman added that medical providers need more training, both in and out of Valley, and that every patient who comes into an urgent care facility should have their vitals checked immediately.

If people want to help Kaloni’s family pursue justice, there are a number of ways to be involved. Williams and Bowman encourage everybody to come out and march, share information, volunteer to help at rallies, and advocate for prioritization of respiratory care. Williams can be reached on Instagram at @breatheforkaloni. There is also a petition asking for a response from the city of Renton and the state of Washington.

Kaloni’s family wants her to be remembered as a bright young 12-year-old with a full life ahead of her, dreams, and aspirations. When asked what else they want people to know, Bowman said: “Just that her life was important, she was important. She was loved, is loved. There’s a hole in her mother’s heart that can never be filled…we want things to change so this doesn’t happen to anyone else.”