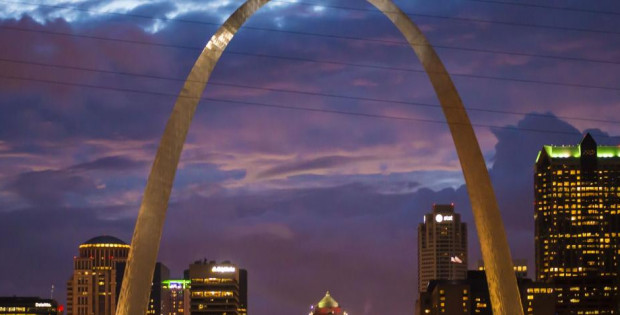 St. Louis, MO – Reporters Without Borders (RSF) is alarmed to learn that at least six journalists have been arrested this week while covering protests in St. Louis, Missouri. RSF views the detention of reporters who are simply doing their job as a threat to press freedom and calls for all charges against them to be dropped.

On the evening of October 3, 2017, while covering protests in St. Louis, Missouri, following the acquittal of a white former police officer who fatally shot a black man, at least six journalists were arrested and charged with misdemeanor trespassing. These detentions come just over two weeks after three journalists were arrested in St. Louis while covering similar demonstrations. One of them was citizen journalist and livestreamer Jon Ziegler, also known as “Rebelutionary Z”, who now faces two sets of charges from both this week’s and last month’s arrests.

“RSF is alarmed by the arrests of reporters for simply doing their job covering protests,” said Margaux Ewen, RSF North America Advocacy and Communications Director. “The fact that journalists have been taken into custody and charged multiple times over the course of the past three weeks demonstrates a clear disregard for freedom of the press on the part of St. Louis police. We call on local authorities to respect the First Amendment and drop all charges against these reporters.”

Two journalists from online news outlet The Young Turks (TYT), reporter Jordan Chariton and cameraman Ty Bayliss, were following and interviewing members of a group of protesters that had shut down interstate Highway 40. After the group left the highway, they were “kettled” by police officers, ordered to sit down on the ground, and were subsequently arrested. Bayliss and Chariton were among those taken into custody, despite wearing press badges and telling police officers they were journalists. Both were detained for nearly 20 hours before being charged and released. In a video statement, TYTfounder Cenk Uygur said: “There is a very legitimate and ongoing protest in St. Louis. They believe that the community is not being treated fairly, and we went to go cover it. Apparently, the police didn’t like that. You can hear people on the scene saying that they’re arresting people with cameras first. So it’s the exact opposite of what they’re supposed to do. They’re supposed to let the press do their jobs, and they didn’t.”

St. Louis based reporter Daniel Shular was also arrested in the kettle, despite telling police he was a member of the press and wearing a National Press Photographers Association press badge. During his arrest, officers failed to tell him why he was being taken into custody and his cameras were being seized. After being detained for approximately 17 hours, Shular was finally released and his equipment was returned to him.

Ziegler was also arrested in the kettle while livestreaming the arrests of protestors and other journalists.

Al Neal, St. Louis bureau chief for online publication People’s World was the fifth journalist to be arrested and charged in St. Louis Tuesday night. Like the others, he was taken into custody after being kettled. Neal reported he wore a press badge and was standing with a group of journalists when he was handcuffed. Despite telling officers he was press, he was told “we don’t care, you’re getting arrested.” Neal was detained for approximately 26 hours before being released and charged.

Trespassing charges against all five journalists are still pending.

Independent journalist and founder of local news website Real STL News Aminah Ali was also taken into custody on Tuesday. She was held until Wednesday morning before being released and charged, though it is currently unclear if she is also being charged with trespassing.

According to the US Press Freedom Tracker, a collaborative database launched earlier this year of which RSF sits on the steering committee, a total of 31 journalists have been arrested since the start of 2017. The majority of these arrests took place while journalists were covering protests, and 10 of these arrests have occurred in St. Louis.

RSF has previously reported on journalists arrested for covering protests often associated with #BlackLivesMatter in the US over the past several years. A significant number of the arrests in 2014 took place in the state of Missouri alone.

The United States ranks 43rd out of 180 countries in RSF’s 2017 World Press Freedom Index after falling 2 places in the last year.