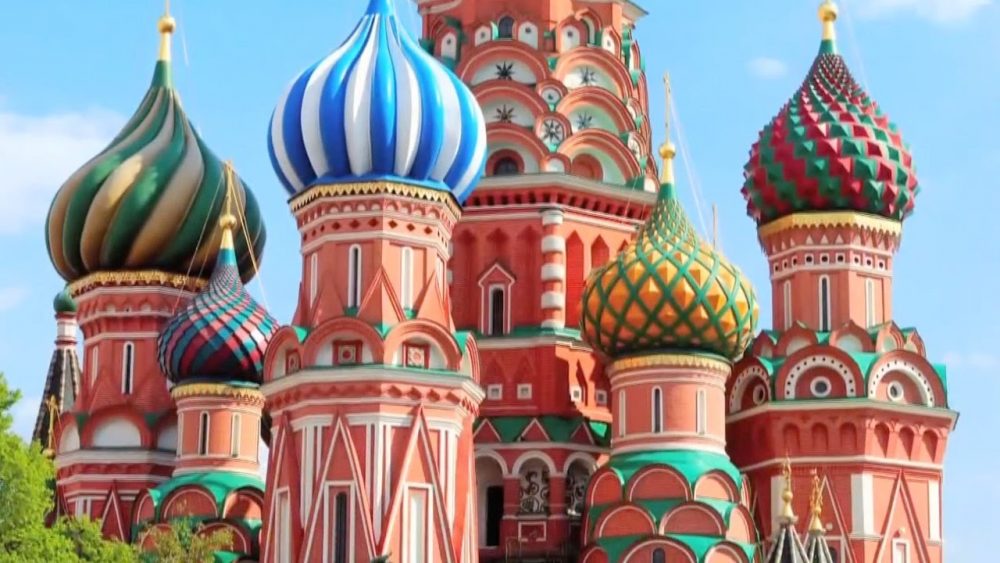 When a nation touts its own exceptionalism, that’s called patriotism. Absolute Americanism so red-blooded that it’s become mandatory for all political aspirants (think Obama’s “belief” with “his every fiber”) to prostrate themselves at exceptionalism’s altar. Funny, when an individual believes himself exceptional – that’s diagnosable. Sociopaths afflicted with messiah complexes proclaim their exceptionalism. No one much mentions that twist. Well, only a mentally ill nation – and its symptomatic political-media spokesmen – would dare digest and obtusely deliver the latest headline prognosis: “Russia Secretly Offered Afghan Militants Bounties to Kill U.S. Troops, Intelligence Says.” (We’ll come back to the absurd doozy packed behind that comma)

Ah ha! And here you thought America capable of making a mess – and miring in the morass – of Afghanistan all by itself. Blasphemy. Two decades of military stalemate teetering towards outright defeat; a highly corrupt and perceptibly illegitimate imposed “partner” Kabul-cabal that still lacks sufficient GDP to pay its own soldier-cops; an indelible adversary that won’t quit; plus 2,219 dead American troops and who knows how many – well, at least 147,000 – vanquished Afghans? Yep, apparently Putin was behind all – or, forgive me, much – of it. Forget Arendt-ian “banality” – that’s the beauty of “evil,” especially the utility gift of eternal Russian evil: exceptional America is thereby never culpable, need never self-assess, nor reform its systems. Because, because…Russia. It seems there’s no limit to the almighty power of that nuclear petrostate with its Italy-sized economy.

Pick a self-imposed American problem: systemic injustice (and consequent mass protests); an archaic, undemocratic electoral system; the worst candidate (Hillary) in recent memory; and now Afghanistan – and the duopoly’s political and media elites have a ready responsibility-evasion tool: Russia (or China on the COVID flip-side). Context? Nuance? Critical analysis of intel “sources?” No need. Self-awareness? Not their jam. These professional Washingtonians would have you believe that behind every disastrous decision – running a Clinton against a professional troll; whistling into the graveyard of empires – is an omnipotent (and invariably shirtless) Putin riding a Russian bear. Pretty convenient, huh?

Surely, this reflex (or is it a tic?) belongs in the “you can’t make this shit up” pile. Yet loads of people still buy it! That’s enough to make many of us who didn’t buy what the Russiagaters were selling from Jump Street question our own sanity. Forgive the haughty petulance, but it’s hard as hell to be right in a room full of wrong people – particularly, when the pathologically mistaken are all loaded with Ivy League diplomas, celeb-level notoriety, and the seven-figure salaries that come with it. Publicly questioning the Russia-reflex in mainstream circles has the distinct imagined feel of passing on the Kool-Aid at a Jim Jones soiree. Suddenly one feels Katie Holmes’ pain. But the cultish myopic blame-game is older than Scientology itself. And Russia is the favorite mastermind monster under Washington’s bed.

To wit, should a crippling Depression drives tens of thousands of desperate World War I veterans (and their families) into the streets to beg an advance on promised bonuses, well, then, surely – according to a president and his generals – the marchers must be “Bolsheviks.” Three decades later, when a mass movement of black Americans had the temerity to call in their own 350-year unpaid promise of civil rights, they too became “communists” – witting (or unwitting) agents of Soviet machinations. Fast forward five decades further, and when a combat veteran, serving military officer congresswoman dare run for president on an antiwar platform, Tulsi too – according to Queen Hillary of the Moscow martyrs – is “totally” a “Russian asset.” Talk about a timeless script!

Which brings us to intractable Afghanistan, which – according to the ready Scooby-Doo narrative – wouldn’t be so intractable after all, if it wasn’t for that meddling Moscow. We all know the Maysles trope: “Tyranny is the deliberate removal of nuance.” True enough – but the same can be said for collective American mental illness. Subtract historical context, relevant comparison, and the (to put it lightly) tattered record of US intelligence “reporting,” and anything is permissible: like uncritically making supposed Russian “bounties” the story in America’s tortured Afghan adventure.

Let us begin with the backstory. Only an exceptionalism-disease-ravaged nation’s “paper of record” could “break” the original Russian-bounty story without solitary reference to the minor matter that the US military shouldn’t be in far-flung Afghanistan in the first place – and certainly ought not to have stayed on for a nation-building pivot after decimating Al Qaeda and toppling the Taliban 17 years ago. Or, for that matter, bother with the pesky past: wherein American “intelligence” definitely did arm, train, and pay (“bounty” anyone?) the Taliban’s Islamist forebears to kill Russian troops – to the tune of 15,000 battle deaths from 1979-89. Neither did the New York Times trouble itself with geographical realities – I.e. relative proximity of Russia’s borders with Afghanistan. Nor comment on the inconvenient (if not necessarily prohibitive) actuality that Moscow is no historic friend to – and has its own ongoing challenge from – Central Asia and Caucasus Islamists.

Furthermore, it’s hardly mere “what-aboutism” to note the wider irony – and rank hypocrisy – of Washington howling about ostensible Russian “bounties” on American trooper heads. After all, this comes from a US Government that literally just placed public bounties on Venezuela’s president, elected legislators, a former intelligence chief, and retired general – then acted shocked…just shocked, when some of its own American ex-special forces mercenaries tried to collect on the multimillion-dollar reward. Per sage-like Secretary Pompeo: “There was no US government direct involvement in this operation.” So, if the Russia-Taliban link is genuine – and that’s a big “if” – was Moscow’s operational “involvement” really all that much more “direct?”

Look, nobody – even we “Russian assets” and “Putin apologists” – in their right mind wants to see more Afghan-outbound flag-draped coffins. Nor is there much of a caucus favoring foreign actors paying for American soldier scalps. And sure, we don’t really know whether Moscow’s GRU actually did the now mainstream media-swallowed deed. Point is, there’s plenty cause for sensible skepticism. Surely just a short list of now-infamous touchstone terms – “WMD,” “Libya,” “collusion,” “[Pentagon or Afghanistan] Papers,” “EITs,” etc. – should be enough justification for caution. The same “intelligence says,” that’s quoted in the New York Times headline, has done a whole lot of says-ing on every one of those super-spook fiascoes.

That the entire spectrum of mainstream media has uncritically built front-page stories on anonymous “sources” from these very same – and not uninvested – US/Western agencies, is proof positive of how deep the malignancy has spread. But let us assume that every bit of this story is true: the press coverage has still been abysmal. America’s corporate media – and reviving-door politico-military talking heads – act like history begins anew each morning as the sun rises over Imperial Washington. This new world spares no time for context, past national sins, relevant contrast, or real reflection on US strategy (or lack thereof). As such, America the exceptionalist-sociopath carries on its insane life absent any real capacity for empathy or self-awareness.

Oh, and I almost forgot, wonder if “All the news that’s fit to print” will think it fitting to explain how exactly killing US troops and potentially spiking Trump’s Afghan peace/withdrawal program helps Moscow’s “master plan” to get The Donald reelected? Call me crazy, but something does seem awry – one of these narratives doesn’t fit…maybe both.

Danny Sjursen is a retired US Army officer and contributing editor at Antiwar.com His work has appeared in the NY Times, LA Times, The Nation, Huff Post, The Hill, Salon, Mother Jones, and Tom Dispatch, among other publications. He served combat tours in Iraq and Afghanistan and later taught history at West Point. He is the author of a memoir and critical analysis of the Iraq War, Ghostriders of Baghdad: Soldiers, Civilians, and the Myth of the Surge. His forthcoming book, Patriotic Dissent: America in the Age of Endless War (Heyday Books) is available for pre-order. Follow him on Twitter @SkepticalVet and see his website for speaking/media requests and past publications.