Shannon Airport Case Involving US War Veterans Adjourned Until May

Above Photo: From Rte.ie

A case involving two US war veterans, accused of trespassing and causing damage to the perimeter fence at Shannon Airport last month, has been adjourned until 8 May next.

Both men, who served in the US military, are members of the Veterans for Peace group and were in Ireland in March to speak at a series of meetings. 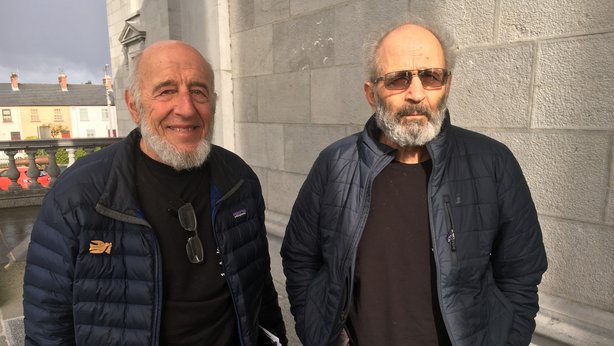 They were arrested by airport security and gardaí at Shannon Airport on the morning of St Patrick’s Day after an alleged incident there.

They secured their release on bail in the High Court, but they cannot leave Ireland as their passports have been surrendered and they have been ordered to stay away from all airports.

The case was adjourned today at Ennis District Court on the application of the gardaí, but Judge Patrick Durcan asked for a prompt response from the Director of Public Prosecutions in the matter.

It is understood both men are considering a further bail application to the High Court to allow them to travel home before their next court appearance.