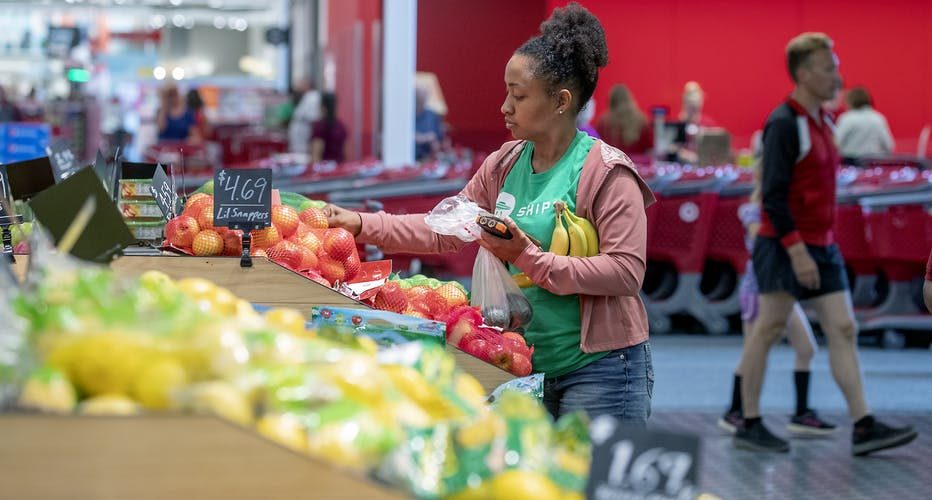 For the past several weeks, Shipt has been ignoring its Shoppers’ pleas for hazard pay, PPE, and denied 14 days of sick pay for those of us too sick to work. Earlier this week, they issued a pay cut drastically lowering the payout for canceled orders. For some, this was the second unannounced pay cut this year.

Shipt is a gig economy company that Target acquired at the end of 2017. We shop and deliver orders from Target as well as many grocery stores. While the company has always kept a low profile, their shady ways are starting to come to light. You may have read about their bizarre culture or their latest massive pay cut that’s already hit several markets. Because of the cult-like environment they’ve created, they’ve censored and intimidated shoppers into staying quiet, out of fear of retaliation.

On Thursday, the Hill published an article covering how Shipt quietly cut pay in the midst of the pandemic. Shipt Shoppers were being grossly underpaid on canceled orders. In some cases, Shipt paid as low as 29 cents.

Shoppers also started to discuss plans of a potential walk-off, due to Shipt’s recent pay cuts and its refusal to protect its customers, shoppers, and communities it serves from COVID-19.

While this is a start, it’s not nearly enough. On Saturday, White House officials warned that the pandemic would peak within the next 6–7 days, and said, “This is the moment to not be going to the grocery store”. It is irresponsible of Shipt to not ensure PPE is provided to all workers before this period starts.

Shipt shoppers have been sounding the alarm for weeks, imploring Shipt to provide basic protections. Rather than respond to the calls for action, Shipt chose to ignore shoppers’ pleas. Adding insult, Shipt implemented an unannounced pay cut last week. As a result, shoppers are ill-prepared to face the dangers the White House urgently warn against. Shoppers have no choice but to stage a walk-off. It is simply too unsafe to work right now.

We will be holding a walk-off starting Tuesday, April 7th, until the following demands are met:

Quite frankly, Shoppers are fed up with Shipt disregarding the health and safety of customers and shoppers while playing games with Shopper pay. During these uncertain times, Shipt must not put profits before people. It is unconscionable for Shipt to continue to ignore the concerns of its shoppers. Target is the 8th largest retailer in the country. They can afford to protect us and our customers during this pandemic.

On Tuesday, April 7th, Shipt workers will walk off until our demands are met. We call on customers, in a showing of solidarity, to boycott Shipt on Friday, April 10th.

We asked Shoppers why they are participating in the walk off. Below are some of their responses. Please note: for anonymity purposes Survey Monkey has given each worker a unique ID.

“When I started with Shipt, there was transparency that you can’t find from the competition. It was nice to have a company that seemed to show care and compassion for their Shoppers. But, as they grow and more money is coming in, that compassion is diminishing. We, as shoppers, are not being treated like people anymore. We’re a number. We deserve to know how much we’re going to be paid for the orders we take. We need to know we’ll get compensated even if the customer changes their mind. We need to know that we’ll be taken care of if we get sick from Covid-19. We shouldn’t be hoping tips will make a batch worthwhile. I absolutely love being able to do something for others, while also being paid. I have a disability that makes “normal” employment difficult for me, so having the option to work my own schedule is great. But, I still need to be able to know if I’ll be able to pay rent or get my prescriptions or pay to see my doctor, and right now that’s not the case. We need to be able to trust the company were contracted with. I’m having trouble trusting Shipt right now.”

“Adequately compensate shoppers for their time, for regular AND cancelled orders! My health is worth more than $5!”

“Constant fear of deactivation if I say something wrong, make a mistake, take to many promos. The implementation of the new pay scale. Being punished with a low rating because of things that are out of my control like stock and then getting deactivated if my rating falls below their 5.0 unicorns and rainbows.”

“They have provided no help or assistance for shoppers in this crazy time. It is absolutely impossible to get someone on any form of communication. Taking days to resolve issues for both shoppers and the customers is frustrating. They keep messing with the pay. To make 4 and 5 dollars on a order or a few cents after a customer cancels from being frustrated by the process has made this job completely soul bending. I love helping my community and being able to provide a service for our people but I feel like we’ve been let in the wild with no way to defend ourselves.”

“I have a family member who is immuno compromised and I worry about catching it and spreading it. Shipt has not made any effort to provide shoppers with masks, gloves, hand sanitizer. Shipt should also be paying us “hazard pay”. They can pass the charge on to customers. And Shipt should make 10% tips mandatory. My health and my familiy’s health is important and they want us to take a huge risk for them. But they are not doing anything on our behalf.”

“People aren’t tipping and it’s not fair during this time. We are out hustling trying to get them what they need. It’s exhausting sometimes and you can’t get through to customer support. We are just out here on our own.”

“We are undervalued even as we are the most key part of the business. We deserve higher pay and hazard pay.”

“Lack of basic protections during COVID-19 crisis, including company-subsidized PPE (sanitizer, wipes, gloves, masks) and hazard pay for putting ourselves in harm’s way to get people their groceries. Lack of transparency in how we are getting paid (V2) and reducing pay on cancelled order to below living wage.”

“Everything Shipt does (past and present) is to benefit their bottom line. Shoppers are the disposable pawns in their game. Shipt is not supporting shoppers through any means- total inability to reach them for anything in a timely manner. The pay cuts are pathetic. As time passes, they get less and less transparent about key issues. They just arbitrarily do things without any communication to shoppers. This used to be company worth shopping for. I see very little worth anymore.”

“Decreasing shopper pay when we know target is making bank. We are putting our actual lives on the line to shop, and they’re decreasing pay for cancelled orders, taking away promos, and hurting shoppers.”

“I’m tired of being stranded in the store with a customer expecting me and getting NO help from Support for issues I’m having. I don’t like my money being messed with when I’m having to cancel orders, and I’m suspicious of where my tips are going.”

“To force Shipt to address issues that affect my earnings and ratings fairness. End V2 pay scale. Fix any software issues that prevent customers from tipping shoppers and make such issues a priority to be fixed. End ratings for being late. We are already penalized in the ratings system for being late. Allowing customers to affect our customer rating for being late is a double hit! Require customers to give an in-depth reason for rating less then 5. Often If their reason is trivial or outside of shoppers control and they have to explain they likely won’t rate. Add default ratings for people that don’t ever rate at all. Be more flexible about ratings forgiveness. Add a pre-Tip option and default at a minimum of 10 dollars or 20%. Also allow custom amount with no limit.”

“Low payout orders with low amount of items. If we’re going to shop, it needs to be worthwhile for being out and exposed. Right now Shipt also needs to make tipping mandatory before they can place an order. Pre paid tips, percentage based on the order total.”

“Shipt has lowered pay, used shoppers vehicles without fuel or maintenance reimbursement, ignored a faulty rating system, and never paid for healthcare or insurance. Now they are sending shoppers into stores during a pandemic with no pay increase, no PPE, and no guidance. Shipt is treating it’s shoppers as expendable while advertising to customers as a personal concierge service.”

“Safety for myself and those around me. Want access to hand sanitizer and face masks.”

“To show Shipt that as shoppers we need to be supported and appreciated. We also need to be paid appropriately for our time.”

“More transparency from shipt, better pay as we can’t RELY on tips. A new rating system that is more fair to shoppers.”

“We must get support back and pay! No more glitches with the app”

“Shit pay during a pandemic!”

“Unfair pay and treatment by Corporate”

“Our hard work, especially if the current climate is severely underappreciated. For them to arbitrarily and without transparency, cut our pay is garbage. We’re out there putting our best face forward to represent a company that will cheer us up and spit us out in a heartbeat. Enough is enough.”