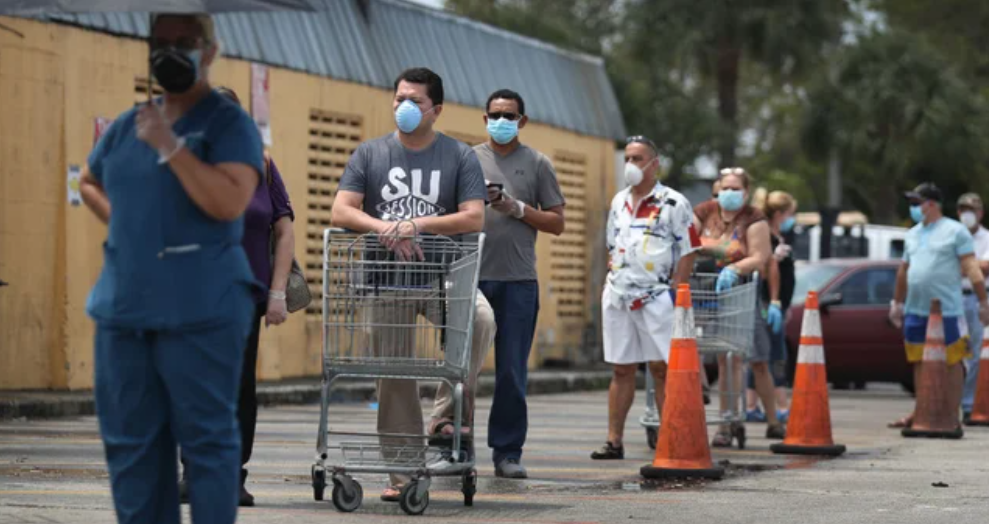 Shipt workers, frustrated with the delivery company’s shift to a new, less transparent pay model, are set to strike this weekend before staging protests at both Shipt and Target’s corporate headquarters on Monday.

With the pay model now instituted in every market, organizers hope this direct action will send a clear signal to Shipt and Target, which acquired the delivery company in 2017, that workers are unsatisfied by what they say is lower pay overall.

“The reason why we chose to organize is we believe that it’s time for them to see the actual visual effects of shoppers that are hurting because of the pay structure change,” Willy Solis, an organizer and shopper in Texas, told The Hill.

While Shipt previously had a simple model for calculating payouts — a 7.5 percent commission on all orders plus $5 — the company has slowly been rolling out a new model, dubbed V2, that gives out pay based on a black box algorithm.

All markets have now switched to the new model as of Sept. 30. Shipt says that the new model has been instituted to pay its 200,000 workers more accurately based on the amount of effort put into fulfilling each order.

While the new pay structure factors in drive time, number of items and store location to calculate payout, little more information is public and Shipt could easily tweak the model without telling shoppers.

Shoppers walked out over the shift toward the opaque pay structure previously in July. They also went on strike twice earlier in the year over Shipt’s handling of the coronavirus pandemic, during which the company has hired thousands of new shoppers to handle high demand as states across the country encouraged residents to avoid leaving their homes.

Organizers say this time will be different now that the new pay system has been instituted nationwide. The Hill spoke to multiple veteran shoppers who got involved in worker action after the shift.

“I really view this as a slap in the face to essential workers,” Jason Schaal, a Minneapolis shopper who plans to be at the protest in front of Target’s headquarters in the city Monday, told The Hill.

Many shoppers have complained that pay, especially on large orders that many full-time workers depend on, has dropped up to 30 percent in areas with the new model.

Shipt has maintained that average fees per shop have not fallen with the move to the new model, at a little less than $22 per order.

Resolving that disagreement has been difficult given that Shipt does not share raw data about shops publicly.

Dan Calacci, a student at MIT, and Coworker.org released a study Thursday trying to address that information gap.

They built the most comprehensive public data set of shopper pay information — with more 6,500 data points from 213 workers — using an SMS chatbot to collect records from willing shoppers.

The study found that 41 percent of shoppers are so far earning less under the new payment calculation. Those shoppers are making an average of 11 percent less per order.

The researchers agreed with Shipt’s assessment that pay increased slightly on average, but found that those increases were not distributed evenly and essentially amounted to a pay cut for many workers.

“Without more transparency for workers by Shipt or broader, worker-driven research like this project, why this discrepancy exists will remain a mystery,” Calacci wrote.

In an interview with The Hill, Calacci also noted that shopper pay seems to be continuing to drop in areas with the black box model. While the research could not definitively prove this link, the shift could suggest Shipt may be actively tweaking the algorithm.

“Transparent pay means workers can understand how and why we are paid what we are paid, and whether actual pay is congruent with expected pay,” they said.

Shipt chief communications officer Molly Synder disputed the report’s findings, saying it is “not an accurate representation of how Shipt shoppers, which number more than 200,000 today, are compensated.”

“If they have a problem with the data set, we encourage them to show us better more representative data and be more transparent,” Drew Ambrogi, senior campaign strategist at Coworker.org, told The Hill.

This upcoming worker action is also different because of the physical presence of shoppers at Shipt and Target’s headquarters.

While organizers are aiming to limit the protests to 40 people at each location because of coronavirus concerns, even a crowd of that size is likely to draw attention to the shoppers’ complaints.

Stacey, a three-year veteran of the platform who declined to use her last name for fear of retribution, is traveling from Orlando, Fla., to the protest in Birmingham, Ala., where Shipt’s headquarters are located.

“When they start messing with my money the way that they have, I can’t keep quiet,” she told The Hill, adding that this is the first worker action she’s been involved with.

One shopper already in the Birmingham area who asked to remain anonymous said that they have a “significant group” ready for Monday’s action.

“People have had it, they feel like our voices are not being heard and that we have to do something,” they told The Hill.