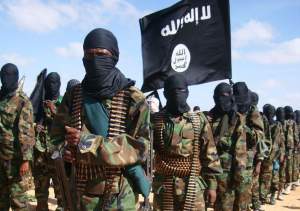 Should Al Qaeda Be Made The 51st State?

While Saudis have threatened Canada with a 9/11 attack, the U.S. has moved on to blaming 9/11 on Iran.

Al Qaeda, despite being Saudi in origins and ideology, was easily tied to Afghanistan, then Iraq, Pakistan, Somalia, Syria, the Philippines, and Yemen, and now Iran. The potential is almost as endless as with Communism in the good old days.a

Without Al Qaeda the United States would not be whole. With it, all is in perfect balance. If there were no Al Qaeda we’d have to invent one.

Invading and occupying Iraq gave a whole new birth to Al Qaeda, which also mutated into ISIS, which has been a wonderful source of war fever. In Syria, the Pentagon and CIA have been able to arm and train various moderate murderous gangs to fight against each other. What could be better?

Well, the set-up now arranged in Yemen, that’s what! The United States ships billions of dollars of weaponry to Saudi Arabia, not to mention its purchases of oil. The United States ran a drone war on Yemen for years that it understood was giving birth and power to Al Qaeda in Yemen. Having successfully gotten a major war going, and created the worst human catastrophe on earth, The U.S.-Saudi alliance now passes millions of dollars to Al Qaeda fighters in Yemen in exchange for their leaving certain areas with their weapons and looted wealth, only to fight again elsewhere — and often to fight on the same side as the Saudis-Americans. The possibilities for proclaiming victories without risking ending the war are endless.

As in Syria, the U.S. and its allies want to overthrow a government while also fighting those who want to overthrow the government. But the former is the main goal, while the latter is the better propaganda. So Al Qaeda and the U.S. are on the same side in these wars, but as long as that’s not talked about too much, Al Qaeda is also the top generator of good will for the wars back in the U.S. of A., serving basically the purpose of a Donald Trump effigy anywhere else on earth.

Now, with the money being handed out to and spent fighting with and against Al Qaeda, the United States could easily choose instead some bleeding-heart liberal mamby pamby scheme like giving everyone food, water, medicine, schools, and housing, while stashing the remaining billions in the bank. But think what would happen, before acting rashly. People would start to like the United States rather than burning its flag. The environmental devastation of the wars might end, and people might have to face environmental catastrophe as a crisis to be addressed. And, most importantly, we might lose the ability to drain the U.S. economy of trillions of dollars for wars.

No, in the end we are clearly far better off with Al Qaeda. Bringing back the Russian menace is not working. It’s been made partisan, laughable, and just not viscerally frightening. It lacks a bit of racist kick. Al Qaeda is the answer. And its net impact on the bottom line at the Pentagon outpaces that of any of the other 50 states. It’s time we stopped imagining that the U.S. public would object to any inconsistency. It’s time we openly acknowledged our partners. Statehood for Al Qaeda now!