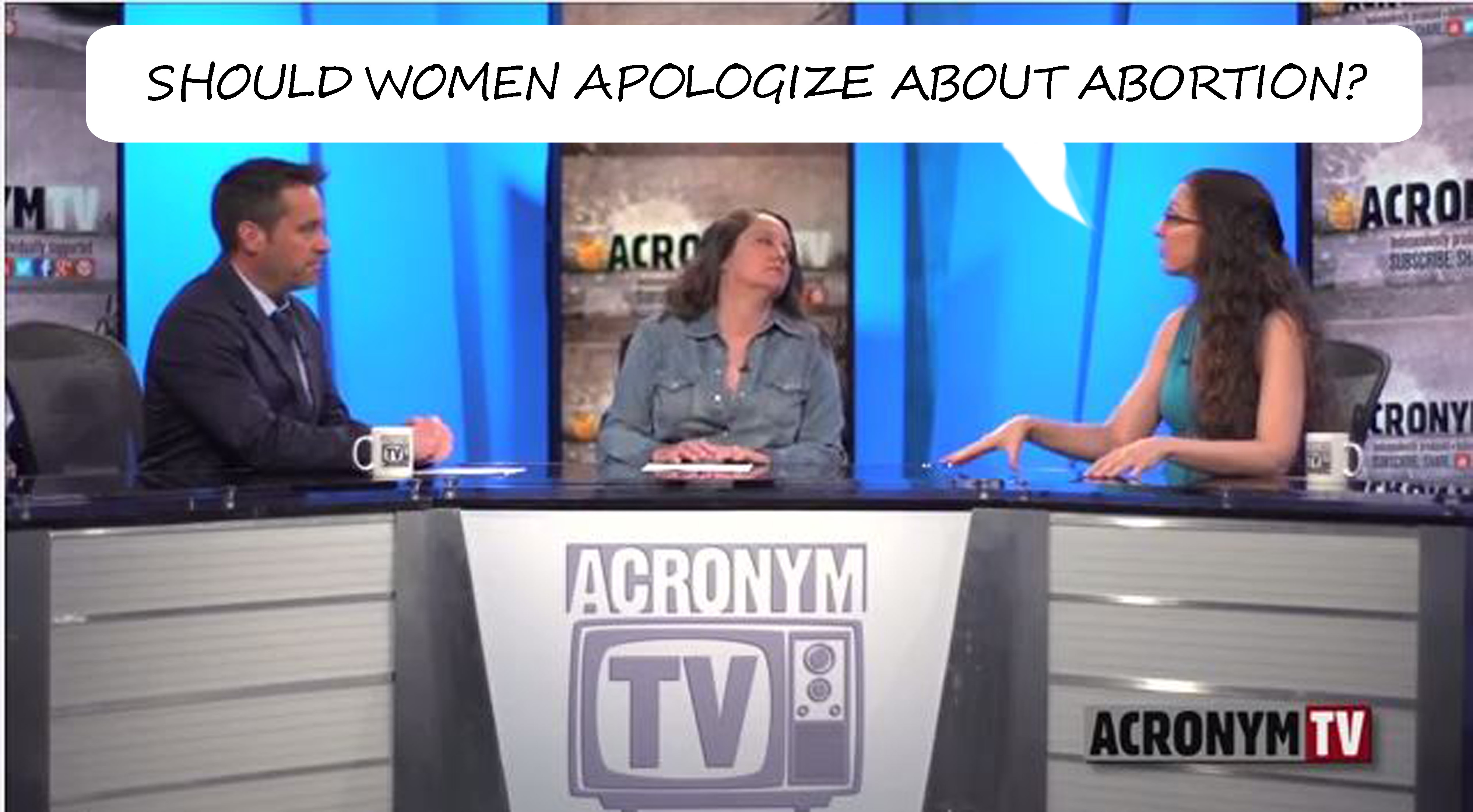 Should Women Apologize for Abortion?

Kelly Carlin and Katie Klabusich on Acronym TV discuss the war on women.

It’s been over 40 years since the Supreme Court decided, in Roe v Wade, that women have a constitutional right to abortion. The legal argument was based around the concept that women had a right to privacy under the due process clause of the 14th Amendment, and that right extended to their right to have an abortion. Perhaps no time in the 40 years since Roe v Wade have female reproductive rights been so under attack. From Texas to Alabama to Congressmen saying that women can’t get pregnant when raped because their bodies have a way of shutting that sh*t down, men (usually white conservative men with ties to patriarchal religious institutions) are working their balls off trying to control women; specifically a woman access to birth control and abortion.

In the United Sates, one out of every three women has had an abortion. If you are a women living in Texas, and a growing number of states, access to this basic, simple, and safe procedure has been severely restricted with the passage of hundreds of new laws in the last several years that strip a women’s right to privacy, limit access to abortion, and shame women into thinking that their choice about what to do with their bodies is wrong.

Joining me on the program this week to discuss the War on Women, I’m proud to welcome Kelly Carlin and Katie Klabusich.

Kelly Carlin hosts a weekly podcast “Waking from the American Dream” and her recent one woman show, A Carlin Home Companion, sold out around the country while generating rave reviews. She also holds masters in Jungian Depth Psychology, but, according to her bio, her desire to be on a stage and yell the word “fuck” kept gnawing at her, and so she decided to follow the call of the stage once again. You can find out more at TheKellyCarlinSite.com

Katie Klabusich contributes regularly to a number of radio programs, podcasts and TV/internet video broadcasts. She is an award-winning social media director, fundraiser and community-builder as well as the Activism Director/Segment Writer at The Best of the Left Podcast. She is also a dedicated activist who helps establish clinic defense escort programs, providing logistical and moral support to reproductive access groups.