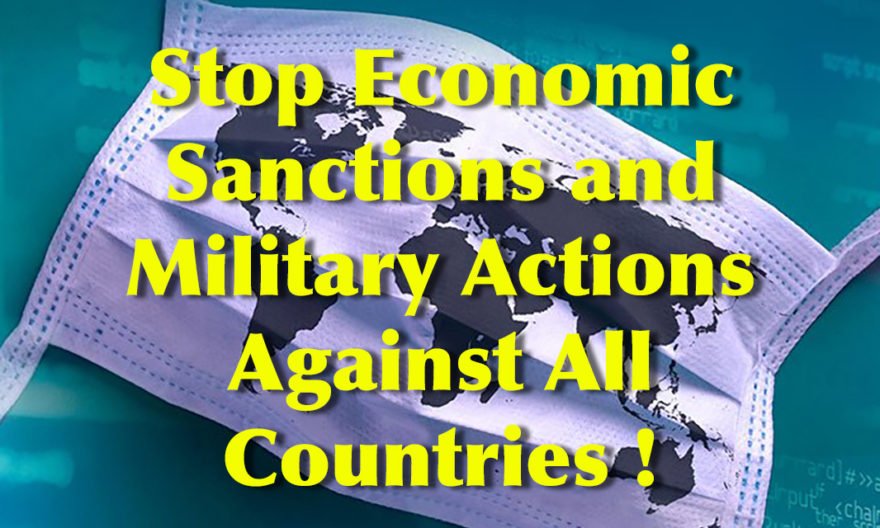 Sign The Open Letter To Stop The US War On Venezuela

ANOTHER ACTION: Take a photo of yourself holding a sign that calls for no war on Venezuela and stop the sanctions. Share it on social media using the hashtag #FightCovidNotVenezuela and target your member of Congress as well as President Trump. Spread the word however you can by sharing this letter on social media and by email. Write letters to your editor opposing war on Venezuela. The United Nations has called for a global ceasefire to focus on the COVID19 pandemic. We need to be fighting the disease not each other. We need to send doctors, not soldiers. Tag @PopResistance and we’ll retweet your tweets. Thank you. – Popular Resistance

Sign the Open Letter to the Government of the United States and the United Nations.

Dear Friends of Peace, Justice and Human Rights Around the World,

The global spread of COVID-19 has exposed the illegal and immoral practice of imposing unilateral coercive measures (economic sanctions) by the United States government against more than thirty nations. The economic war against those nations had already resulted in unimaginable suffering of the people in the targeted nations even before the COVID-19 pandemic.

With the devastation of the global pandemic, the targeted countries — especially Venezuela, Cuba, Iran, Syria and Zimbabwe — are finding it prohibitively difficult to protect and save the lives of their citizens in the face of the ongoing global emergency. These sanctions constitute
crimes against humanity.

Instead of helping these countries fight the devastating effects of the COVID-19 pandemic, the government of the United States is now using the public distraction caused by the pandemic to intensify its military actions against the targeted nations. It is increasing its threats against Iran and Syria by engaging in a silent buildup of its military forces in Iraq again, and has dispatched its Naval warships to the shores of Venezuela, demanding the total surrender of the Venezuelan government to the United States.

Only a global wave of popular protest can stop these anti-human policies and actions.

We are dealing with a global emergency and must act quickly.

We are dealing with a global emergency and must act quickly.