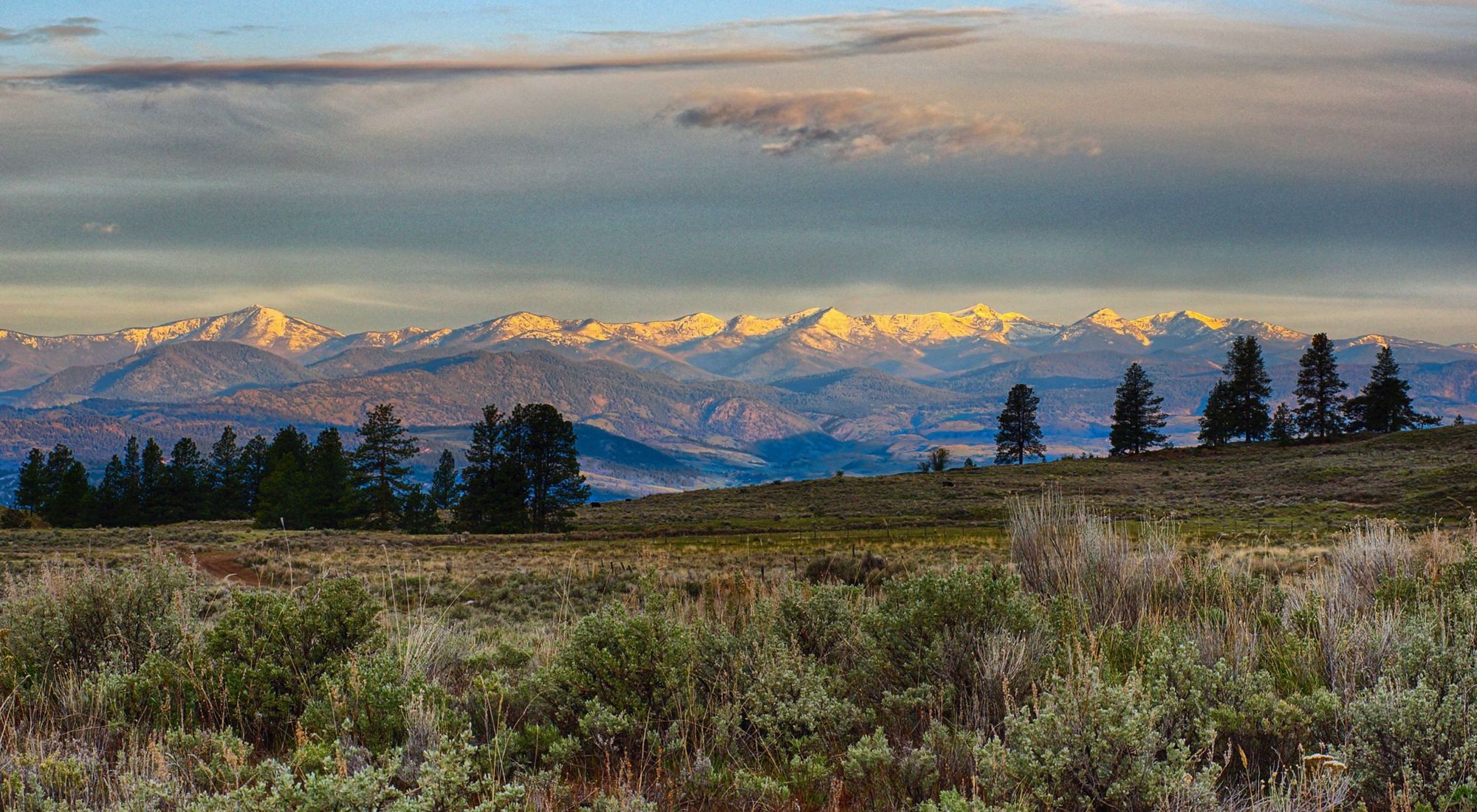 In Washington state, nestled in a habitat corridor linking the Cascades to the Rockies, in the heart of the Tunk Creek Valley, there’s a conservation story that is closely tied to the peoples connected to this land—and continues to breathe with the transfer of Indigenous lands back to the original stewards. It takes place on a large ranch, owned by the Figlenski family for over four generations, who have their own stories connected to the valley.

As generations of the Figlenski family began to pass away, Ernie Figlenski knew he’d only let go of the property under the conditions it would still be intact as well as healthily managed—unlike some nearby properties that have been broken apart and transferred without preservation in mind.

In October 2021, the 9,243-acre Figlenski Ranch in Okanogan County was returned to its original stewards, the Confederated Tribes of the Colville Reservation. How we got to this point is a winding story that represents an evolution among some conservation organizations—that fostering a healthy landscape is inseparable from honoring the people who call it home. This is their story.

Who Are The Colville Peoples?

What are now referred to as the Colville Tribe are in fact 12 distinct bands and tribes of Indigenous peoples, who since the creation of the original Colville Indian Reservation in 1872 were ordered to relocate and live within the boundaries of a tract of land much, much smaller than their original territory. They have cared for and stewarded the larger ancestral lands since time immemorial—land that includes the Okanogan plains where the Figlenski Ranch sits.

The Colville peoples have close connections with the land as a relationship rather than a resource. They’ve seen the decades of change and have been able to succeed in carefully protecting the patterns of life, growth and sustainable harvest in their homelands. Yet, for the Colville peoples, their relationship to the land has been threatened through broken treaties and promises. The Colville’s right to their land began to get broken up, pieced away, and ultimately half their original reservation was taken away due to an act of Congress in 1892 due to the discovery of gold deep below the shrub steppe.

“The Colville Tribe was to be paid about $1 an acre for the land that was forced away in an agreement ratified by Congress. Those payments weren’t completed until decades later,” says Cody Desautel, natural resources director for the Colville Tribes. Desautel noted that those incomplete payments from the federal government were just another stark reminder of colonialism.

The forced ceding of the Colville peoples’ land brought many newcomers to the area, settling on the Colville’s traditional land. The Figlenskis were just one family out of the hundreds that continued west and settled in the Tunk Valley on a ranch amid the shrub-steppe landscape.

The Making Of A Historic Land Transfer

Today, the Colville Confederated Tribes have wanted to focus more on acquiring and transferring land back to their people. However, many systemic issues have needed to be addressed inside and outside the community.

“Money has gone into our most important programs, first education, healthcare, and law enforcement … without much left for land acquisitions,” says Desautel.

Indigenous activists for decades have been fighting for land transfers and subsidization for tribes. Agreements like Cobell v. Salazar in 2009 have been instrumental in creating U.S. Department of Interior initiatives like Land Buy-Back Program for Tribal Nations.

In the meantime, many developers began to eye the Figlenski Ranch. To ensure Ernie’s vision was honored, Conservation Northwest Executive Director Mitch Friedman knew of a partner that would be the best caretakers: the original stewards themselves. Friedman explained that Conservation Northwest had been eager to help and that “this transfer was not just going to protect the [Tunk Valley] corridor but the transfer was going to actively fight the injustices.”

Achieving a successful transfer was years and years in the making. Conservation Northwest had cultivated a healthy relationship with the Colville Tribe’s Natural Resource Department for many years, based in trust and reciprocity—trust in the process and trust that eventually meetings and fundraising would lead to the return of the land to the Colville Tribe. After raising over $4.5 million and with a gift of land from The Nature Conservancy in Washington—a part of the ranch that was gifted earlier from Eddie Figlenski to TNC with the intent it be preserved and stewarded— Conservation Northwest purchased and transferred the whole of the Figlenski Ranch back to the Confederated Colville Tribes to honor Indigenous conservation and their connections to these lands.

“When The Nature Conservancy was asked to join this vision, we saw immediate alignment with our interest in supporting and elevating Indigenous-led conservation,” says James Schroeder, conservation director for The Nature Conservancy in Washington. “We know that by honoring and supporting the original stewards of these lands, we can achieve much more together that is meaningful for not only nature, but for people as well.”

After Ernie Figlenski signed the purchase and sale agreement, he unexpectedly passed away a couple days later. One of his lifelong friends said that Ernie died in peace; he knew that the land that was being transferred and was going back to the original stewards who are going to continue to protect and educate from the same place he loved.

Now the Colville peoples have been reunited with land that was unfairly taken from them. Their relationships will continue to grow and strengthen through the generations that utilize the land as a classroom. The Colville Tribe is going to continue to inventory and access the health of the area with their wildlife, range, and cultural plants staff  — and are assured their work is easier because of the love that Ernie and his late brother Eddie gave to tending the valley.

Part Of A Bigger Movement

The Colville peoples continue to endure the inconvenience of purchasing land and finding partners like Conservation Northwest to stand side-by-side. A land transfer is not something as simple as a handshake—it’s years of relationship building, trust-building, and the acknowledgment of true intentions.

There is a larger movement to return land to Indigenous peoples—called Land Back. The phrase Land Back encompasses land, water and sky into a relationship held by community. By returning land back to the original people, it means the stewards are allowed to manage with the best sustainable outcomes for their people. These outcomes include but are not limited to the strengthening of harvesting traditional foods, diversification of economic opportunities, and the empowerment of identity. Cultural traditions like the annual Tribal Journey in the Pacific Northwest —when tribes engage in canoe traveling and potlatch culture—may not directly be seen as a Land Back movement, but through the reclamation of place and self-identity, Indigenous peoples continue to thrive in their usual and accustomed territories.

It’s important to note that participating in returning land back to the original caretakers is not written off as a gift—it’s not a privilege for the Indigenous people. It’s not supposed to relieve guilt either. Land Back is the acknowledgment and thoughtfulness that goes into why we care about a place, who is allowed to tend that place and what does justice and healing look like for people who were forcefully removed from those lands.