WASHINGTON ― It’s supposed to be the first congressional hearing ever on “Medicare for All” ― a huge win for single-payer advocates and progressives in Congress. But next week, when the House Rules Committee holds that landmark hearing on the expansive health care legislation, Medicare for All advocates may actually be getting screwed.

There are four people testifying for Democrats: Sara Collins from the nonpartisan Commonwealth Fund; Dr. Doris Browne, the former president of the National Medical Association; Dr. Farzon Nahvi, an emergency physician and professor in New York City; and Dean Baker, the co-founder of the Center for Economic and Policy Research.

Of those four witnesses, perhaps only Nahvi is actually an advocate for Medicare for All, the single-payer health care system that would transition everyone to Medicare. And even then, sources tell HuffPost that Nahvi’s testimony is supposed to be limited to how patient experience would change. That means that when the Rules Committee convenes this hearing on Tuesday, there may not be any witness testifying who will make the case for Medicare for All over other health care plans.

“There is a heated debate right now about what is this best way forward,” Adam Gaffney, the president of Physicians for a National Health Program told HuffPost. “Medicare for All is one proposal. Medicare for All is the best proposal. Is someone going to make that case?”

Gaffney was actually one of the witnesses that single-payer advocates put forward to testify. But the Rules Committee nixed his appearance, along with those of more than a dozen other suggested witnesses.

Another person submitted to the committee for consideration told HuffPost that, while no one in the single-payer world wants to say this hearing is a “farce,” there’s a significant concern it will be co-opted into a defense of the Affordable Care Act.

“Is it a farce? It probably is, but no one wants to say that,” this person said, on the condition of anonymity.

It’s unclear who decided which experts would testify before the Rules Committee. Staffers on the Rules Committee say no one in leadership directly told them this person or that person couldn’t testify, but sources involved with the planning of the hearing say three criteria were applied to potential witnesses: (1) Is this person a leader of a single-payer group? If so, that person could not testify ― meaning Gaffney was out. (2) Is this person an activist? If so, they couldn’t testify. That meant people like Dr. Sanjeev Sriram, who has repeatedly advocated for Medicare for All, were ruled out. And (3) Has this person said anything negative about the Affordable Care Act?

That last requirement, implemented by House Speaker Nancy Pelosi’s top health care staffer, Wendell Primus, according to sources, is particularly an issue for some single-payer advocates, because they believe the hearing could turn into an exercise in which witnesses seem to endorse all sorts of different approaches to health care ― the ACA, a Medicare buy-in situation, and perhaps, maybe, Medicare for All.

Rules Committee Chairman Jim McGovern (D-Mass.) contested the question of criteria for witnesses. He told HuffPost in a statement that the committee had “free [rein] to make all decisions about this hearing.”

A Pelosi spokesman, Henry Connelly, also said in a statement that the Rules Committee had “free rein to choose whichever witnesses they wanted to articulate the strongest case for Medicare For All.”

“There were no criteria and no limits on who could testify,” Connelly said.

While the Rules Committee and Pelosi’s staff contest leadership’s role in choosing witnesses, sources close to the process insist Primus was intimately involved.

Single-payer groups and activists are reflexively suspicious of Primus after The Intercept revealed that he had spoken to insurance executives and laid out his own objections to Medicare for All.

Primus also did himself no favors in a March 25 meeting with staff from a number of congressional committees that have health care jurisdiction. He reportedly said the Medicare for All hearing was a “check the box and move on type of thing.”

The quote was relayed to HuffPost numerous times in the course of reporting this story and has clearly made its way to the single-payer groups. Pelosi’s spokesman declined to comment on the Primus quote.

While Primus told staffers the reason they needed to find witnesses who had not spoken poorly of the ACA was because they didn’t want Republicans using the hearing as an opportunity to attack Obamacare, sources believe there were ulterior motives.

“What they want is a hearing that’s not about Medicare for All,” one source involved in planning the hearing told HuffPost. “They want someone to say, ‘Hey, there’s all these different ways of doing things, none of them are bad, they’re all equally good.’” 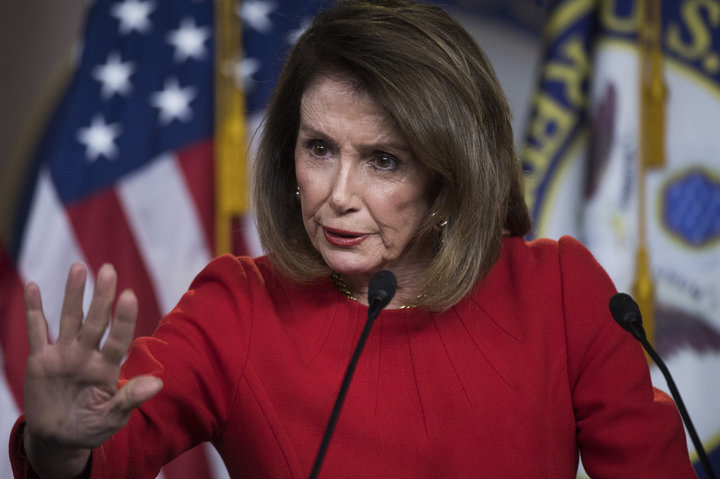 Pelosi herself has repeatedly refused to endorse a Medicare for All approach to health care, insisting instead that the best way forward is to make fixes to the Affordable Care Act. And even though the single-payer advocates we spoke to this week emphasized the importance of this hearing, there’s wariness that the meeting could end up supporting Pelosi’s position.

Meanwhile, progressives in Congress either don’t see how they’re getting snowed ― or are unwilling to say it.

“For the first time in history, a congressional committee will be hearing from experts on why every American should have access to quality, affordable healthcare,” sponsor of the Medicare for All legislation Rep. Pramila Jayapal (D-Wash.) said in a statement. “This hearing will continue the momentum for this deeply important issue ― an issue that people have literally been dying over while waiting for Congress to resolve ― and will surely be a catalyst for more action to come.”

Jayapal continued that she had worked closely with McGovern, who is a Medicare for All advocate himself, and said she was grateful for his leadership.

McGovern also noted in his statement that he worked with Jayapal and staff from the office of Sen. Bernie Sanders (I-Vt.) to help plan the hearing. “I am a cosponsor of this bill and I’m proud to convene the first-ever hearing on Medicare for All as Congress works toward universal coverage,” McGovern said.

Single-payer advocates also pointed out that the Rules Committee worked with Jayapal and Sanders, and these advocates also believe the final witnesses aren’t bad. They just wish there were someone who would more forcefully make the case for Medicare for All.

In response to questions about there not being a true Medicare for All advocate on the panel, the Rules Committee pointed to Baker and sent a NowThis video of Nahvi endorsing single-payer health care. (Nahvi also wrote an op-ed in The Guardian that speaks positively about single-payer.)

But again, Nahvi’s testimony is also supposed to be limited to patient experience, and advocates don’t believe he’ll be able to make a forceful case for single-payer because of limitations with his expertise.

When HuffPost reached Baker by phone, he made it clear that he thinks a Medicare buy-in approach makes more sense financially and pragmatically from a health care perspective. He also said it was “reasonable” that single-payer supporters may want a more forceful advocate of Medicare for All.

“I wasn’t pining to be on the panel,” Baker said.

Still, after HuffPost asked those questions about a potential lack of Medicare for All voices on the panel, the Rules Committee tweeted the video of Nahvi making the case for single-payer health care.

Next week the Rules Committee will be holding an historic hearing on #MedicareForAll, & Dr. Nahvi is one of our expert witnesses. He’s a strong advocate for high-quality universal coverage & #MedicareForAll – we are looking forward to his testimony! pic.twitter.com/S8JIm57iSn