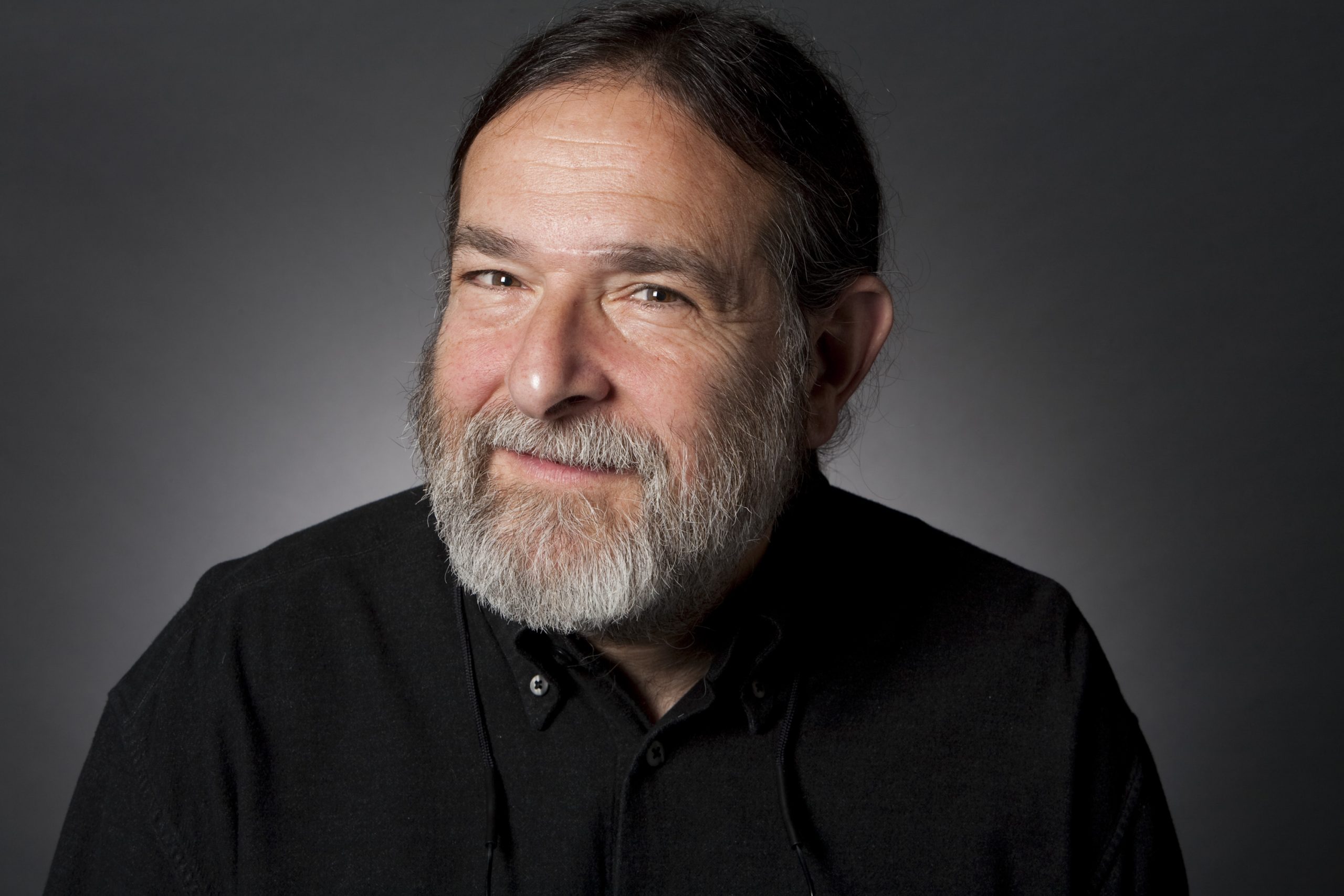 A group of high profile single payer advocates now say single payer is not enough and are calling for a move toward a Veterans Administration (VA) style universal healthcare system.

In an article in The Nation magazine last week, doctors David U. Himmelstein, Steffie Woolhandler, Adam Gaffney, Don McCanne and John Geyman called for a National Health System in the United States.

“We have long advocated for single-payer national health insurance,” the doctors wrote. “By eliminating private insurers and simplifying how providers are paid, single-payer would free up hundreds of billions of dollars now squandered annually on insurance-related bureaucracy. The savings would make it feasible to cover the uninsured and to eliminate the cost barriers that keep even insured patients from getting the care they need. And it would free patients and doctors from the narrow provider networks and other bureaucratic constraints imposed by insurance middlemen. We still urgently need this reform.”

“However, the accelerating corporate transformation of US health care delivery complicates this vision. In the past, most doctors were self-employed, free-standing hospitals were the norm, and for-profit ownership of facilities was the exception. Single-payer proposals hence envisioned payment flowing from a universal, tax-funded insurer (like traditional Medicare) to independent clinicians, individual hospitals, and other locally controlled, nonprofit providers. This was usually the state of play when national health insurance (NHI) was achieved in other nations, such as Canada in the 1960s and ’70s – the model for single-payer reform in the United States.”

“But insurers are now being joined by a new set of corporate middlemen asserting control over American care. Amazon plans to expand Amazon Care from Seattle to 20 other cities this year, and then to all 50 states. Wall Street is buying up doctors, hospitals, and other health care institutions, distorting care to generate profit. Today, most doctors are employees of large organizations, and most hospitals have become subsidiaries of corporate enterprises encompassing many facilities and firms with tenuous ties to the communities they serve. Meanwhile, for-profit control of health care providers – including by private equity firms – has burgeoned, despite strong evidence that profit-seeking siphons off resources and undermines quality.”

“These sweeping changes require an expansion of the traditional single-payer vision. Reform needs to go beyond changing the way we pay for care: It also needs to change whom we pay for care. Communities, not corporations, should own our nation’s vital health care assets.”

Dr. Himmelstein is a Distinguished Professor of Public Health at the City University of New York at Hunter College.

“The insurance industry and the pharmaceutical industry were the big corporate players in the 1980s, 1990s and into the beginning of this century. But they have been joined by other huge corporate actors in the healthcare system,” Dr. Himmelstein told Corporate Crime Reporter in an interview last month. “And that’s new.”

And who are those players?

“In addition, we have private equity firms, just investment pools of money that are buying up assets in health care. The emergency room doctors who staff about a third of the emergency rooms in the country are now owned by two giant private equity firms – KKR and Blackstone Group. When a hospital now wants to have doctors staffing their emergency rooms, they have to make a contract with the Blackstone Group or KKR, to provide the doctors who do the work in the hospital. We’ve got all of these big pools of finance that now own most of the healthcare system. And it’s rapidly growing.”

“At this point, it’s not the majority of doctors who are part of the giant corporate firms, but within a few years it certainly will be.”

What part of the healthcare delivery system is owned by health insurance companies?

“They are vertically integrated. Aetna is one of the biggest health insurance companies. They merged with the CVS drug store chain. It’s now CVS/Aetna. They own drug stores, health insurance and a pharmaceutical benefit manager. CVS is now putting doctor offices in many of their drug stores around the country. They want to become a major player in owning doctors. That’s one firm.”

“UnitedHealthcare also owns one of the big pharmaceutical benefit managers.”

“That’s right. That comes from seeing the actual effects of ownership by large corporations of what it means to own the doctors and hospitals. Doctors are now controlled by companies whose only interest is in profits. And if you are not doing what they want, you are pushed out of the system or disciplined in some way.”

“Doctors don’t have the independence now to do what’s right for their patients. Some hospitals are directing what they do according to what’s profitable. We have an oversupply of useless and even harmful things hospitals are doing, because that’s what is profitable to the company. And meanwhile, they are neglecting some of the most important things we need to do in our healthcare system.”

“Just to be concrete about it, there is no money in taking care of kids’ mental health needs. Around the country, we have abandoned child psychiatry programs at hospitals while kids are waiting in emergency rooms when they have a mental health emergency because there is no place for them to be hospitalized because the beds have been closed. Meanwhile, we are pushing high tech orthopedic surgery on patients who almost certainly don’t benefit from it and doing open heart procedures on patients who don’t benefit from those. Those are highly profitable services.”

“One piece of why we said we need to move to a VA style system is that the profit driven planning and implementation in our system distorts it. It’s not delivering what patients need and what communities need. And the second is we have developed more and more robust information that the VA is the best performing part of our healthcare. We have a variety of studies showing that the VA delivers better care, cheaper than the private sector in this country. And it’s meeting needs better than the private sector in this country.”

It just seems that in the public mind the VA does not deliver great service. Why is that?

“As with any piece of the healthcare system, there are problems with the VA. But there is not a PR machine that is pumping up the VA and trying to hide any of the faults there. Whereas there is a big industry in trying to denigrate the VA and privatize the VA because there is money to be made by saying the VA is failing, you need to pay private hospitals and doctors owned by corporations to deliver that care instead.”

“There is a propaganda machine that has been attacking the VA for a generation. But the data is very clear. And comparably the data is very clear about what happens when private equity takes over care. We are killing thousands of patients each year because private equity investors are taking over nursing homes and providing substandard care, because that’s profitable if you don’t have adequate nurse staffing, decent food and decent conditions for people to live in. You can make a killing in nursing homes. That’s profitable but deadly.”

You are talking about nationalizing the whole health system. How would you compensate the owners?

“We have looked at  the reported value of the investments – not the financial value – but the actual buildings, equipment and stuff on the ground that these companies say they have. They report that value each year to Medicare as part of the cost report they submit in order to get paid by Medicare.”

“There is something like $100 billion, or maybe $120 billion in buildings, equipment and other stuff we would need to operate the healthcare system. A hundred billion dollars sounds like and is a lot of money. But remember we are spending $4 trillion a year on health care. So as a percentage of our healthcare budget that is not big. And we could save that on their useless profits and overhead in the course of just a few months. But if we want to fund it as a lump sum right at the outset, we could float a bond and pay that bond back at the relatively low rates that the government borrows at. And that would be a bargain in our healthcare system compared to the huge profits that are being extracted each year.”

“The insurance industry is making about $50 billion each year and that’s before you get into profits from the hospital industry or the dermatology industry. We would make back that $100 billion investment in short order.”

Our family doctor runs a small but profitable doctor’s office. Would he be part of a national health services program?

“We need virtually all of the doctors and hospitals as part of the national health system. Your family doctor who is in a small office is a vanishing breed. We ought to make a place for them.”

Under your proposal, he would be an employee of the federal government?

“For small providers like that who are not corporate owned, we could make a fee for service sector that could continue to operate in their own offices. We can pay people directly who are doing the work in the healthcare system. What we can’t do is pay corporate middlemen whose role is to take in the money, profit from it and direct the work of the people who are actually doing work in healthcare.”

My doctor’s business is incorporated. It’s a small corporation, but it’s a corporation. How would you draw that line?

“A corporation that employs not more than a dozen people, or two dozen people can get paid in a way that’s not appropriate for a larger corporation. Or we could pay them a lump sum budget as part of the system. Many doctors, especially primary care doctors at this point, would be delighted if we said to them – we will pay you a lump sum for your work for the year. And you don’t have to worry about the billing. And you don’t have a corporate master telling you what to do.”

Would you also nationalize the pharmaceutical industry?

“I would love to do that. But I don’t think that would be necessary at this point. We would still need to buy things for the healthcare system – the x-ray machines, CT scanners and hospital beds. We would need to bargain with all of those suppliers to get reasonable prices.”

“I think we can also do that kind of bargaining with the drug industry if we have what’s called monopsony payment power. If there is only one purchaser they can sell their stuff to in the United States, that gives you tremendous leverage to negotiate reasonable prices with the drug industry.”

“Countries with national health insurance haven’t nationalized their drug industries, but they get prices that are half what we pay.”