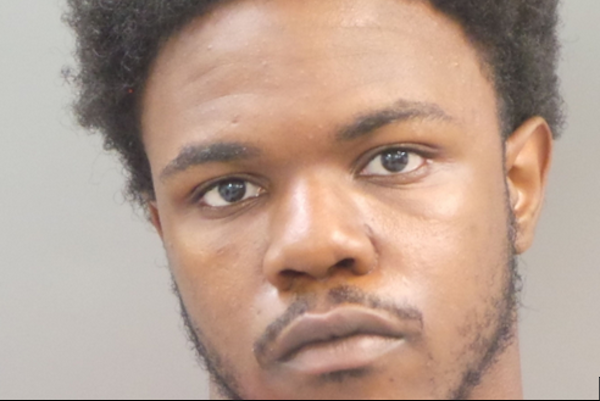 “This latest yet unidentified St. Louis police executioner claimed that he followed Myers and his friends because he felt that the teens were acting suspiciously.”

Ten minutes earlier he had taken the turkey sandwich Berhe Beyet made him and cradled it away from his friend’s playful snatching. Then stood breaking off a piece that he shared with another friend. By now, his mother has seen this tape of him standing in silhouette, and watched his peaceful chewing. On his way out the door he gives yet another friend a bite of what he did not know was his last supper, walking off into a night every parent in America cannot begin to imagine. A night every black person in America knows is coming and that the next one coming could be them—might as well be them—every time they imagine the high caliber bullet shattering his cheek bone, eye socket, aorta the medical examiner identified as the cause of death. The ten minute clock begins running out of time as he steps outside the door and the security camera changes from color to black and white, where the silent footage is of body language, is of laughter and play and ease, making this confluence of uncertainty with the inevitable more cruel still. Uncertainty, because we will never know what happened in the ten minutes after Vonderrit Myers Jr., 18, carried his turkey sandwich out of frame and into the last ten minutes of his life. Two wildly divergent narratives have emerged: One, told in very carefully crafted language with particulars to this incident sprinkled with assertions of the officer’s feeling afraid for his life and his almost reckless waiting for the suspect to fire three rounds his way before dispatching what turned out to be a seasoned and precise lethal response. Myers has been portrayed as a troubled, repeat offender from the wrong side of the tracks. The other narrative, from eye witnesses, most of them black, some of them having themselves been previously fingerprinted, pointing their fingers at a rogue cop out to “put down” a young “suspicious”-looking black male, their voices minimized and cheapened by the state-sponsored press coming out of St. Louis.

“The Ruger 9mm Myers is said to have fired at the stalking vigilante-cum-police-officer that turns into a Smith and Wesson .038 in the police department’s next revision.”

There will be solemn intonations on the responsibility to withhold comment on the ongoing investigation beyond proclaiming that Myers was no stranger to the criminal justice system. After all this time we might even be tempted to believe these depictions but for the constantly changing details in the official police story: the hoody Vonderril was said to be wearing when he was attacked by the off duty police officer—said to have been pulled off during a scuffle with his assassin—that he isn’t wearing ten minutes earlier when last seen in the security video; the bushes Voderrel is said to have jumped out of but are missing from the crime scene photos; the Ruger 9mm he is said to have fired at the stalking vigilante-cum-police-officer that turns into a Smith and Wesson .038 in the police department’s next revision. Or the overt omission of disclosure about the St. Louis police union rep, Jeff Roorda, who was quoted as saying, “I’ve known dozens and dozens of officers who have been in a situation to take a life, and they never take it lightly,” while the story fails to mention thatRoorda himself was fired for repeated incidents of misconduct including falsifying records while he was a cop. Does Roorda only take fraud lightly? No. Roorda, now a democratic state senator in Missouri, “was the primary author and sponsor of legislation this year in Missouri, which aimed to completely conceal the identity of police officers being charged in shootings,” according to the DailyKos:

“All of that is to say that the state of Missouri, from the top to the bottom, has absolutely no problem concealing (or even outright concocting) the truth in a case when the career of a police officer is at risk.”

Just 12 miles from the scene of Michael Brown’s murder, one final insult to the dignity of Ferguson residents is that Jeff Roorda is behind the Shield of Hope charity that has raised $500,000 in funds for Darren Wilson, the officer who killed Michael Brown and Missouri Governor, Jay Nixon has personally campaigned for Roorda since Brown’s slaying. Had Roorda gotten his way, no names of police involved in killing civilians would ever have been released, had the bill he authored and introduced not been defeated. This latest yet unidentified St. Louis police executioner claimed that he followed Myers and his friends because he felt that the teens were acting suspiciously. This case mirrors the Trayvon Martin murder where the teen went to the store to purchase skittles and a soda and was confronted by self-appointed vigilante, George Zimmerman, who also thought Travyon was acting suspiciously. Zimmerman was found innocent of the murder of Travyon and his attorney Mark O’Mara was rewarded for his successful defense of white supremacy with a lucrative CNN contract as a legal consultant.

Kajieme Powell, a 25 year-old mentally disabled man, was killed by St. Louis police days after the murder of Michael Brown. No charges were brought against the police officers who shot him multiple times. Michael Brown was profiled and executed as he walked in the street. A grand jury decision is expected in early November in which white men compose the majority of grand jury panelists. No one will be surprised if Officer Darren Wilson is never charged with Michael’s murder. And, no one will be surprised if the police officers who murdered Vonderrit Myers and Kajieme Powell are never charged with their murders. Killing black men in America remains a closely held prerogative of white supremacy. …As flies to wanton boys are we to the gods, They kill us for their sport. —King Lear William Shakespeare Using the scientific modality of empiricism, the ability to predict outcomes based upon historic experiences, observations and reality, the murders of Brown, Powell, Myers, Martin, the hundreds and thousands before them we can extrapolate that if we do not act many more will surely die. It is utterly predictable. These deaths are not the result of hundreds of individual “bad apples” in police forces throughout the United States; these deaths are not accidents of nature, poor police training or officers fearful for their lives. Since Africans were brought to the US these deaths are part and parcel of the programming and desired outcome—the pacification, intimidation, population control and emotional scarring that is necessary to force African-Americans into becoming a pliant and subservient population that accepts minimum wages, apartheid-level education, job discrimination, premature deaths, exploitation of labor, emotional trauma, murder of our children by police, mass incarceration and sub-standard living conditions without resistance. The murders must be seen as a part of the desired outcome to disenfranchise African-Americans in order to have access to a cheap pool of labor and to discourage fighting for their humanity. Yet every generation finds the courage and resilience to fight back. This is power of the resistance taking place in Ferguson. This is its legacy. We have arrived at this point in American history where we don’t need to be polite, or feign naivety about the intentional murder of black boys and men. The only question is: What is the end game for the African-American community? As I wrote in my BAR essay: “Code Black Alert: the Execution of John Crawford,” from 1857 to 2014 the disposition of Black life has been circumscribed by the whims and capricious predilection of police, vigilantes and everyday white folks. A systemic and profound variable in the lives of African-Americans has been the pervasive and unrelenting storm of state-sponsored violence. Every 28 hours a black person dies at the hands of police, security guards or vigilantes. This represents an unbroken chain that links the 1857 Dred Scott decision to the present. Thus, one can hardly be surprised at the latest wave of violence directed against African-Americans.

“One can hardly be surprised at the latest wave of violence directed against African-Americans.”

If we are to emulate the human and sex traffickers that are elevated to the status of US founding fathers, what will it take for us to declare for ourselves:

But when a long train of abuses and usurpations, pursuing invariably the same Object evinces a design to reduce them under absolute Despotism, it is their right, it is their duty, to throw off such Government, and to provide new Guards for their future security. —Declaration of Independence, 1776

It took the Founders 126 years to reeach enough is enough. Contrast this with the human and sex trafficking that was legal in the United States until so-called emancipation in 1865 – after which it has been repackaged through many iterations from Jim Crow to its current offering of a “felon” over a “slave” and preference for the word “thug” over “nigger” and the current historic period of mass incarceration. Whatever else may be said of Africa-America, 395 years is—very—patient. Three times as patient as the Founding Fathers, to be exact. The Founding Fathers would have thrown off such government and provided new guards for their future security three times by now. Understanding the history of policing in the US African community is important to developing an analysis and thus the ability to predict whether this system is salvageable or needs to be completely reimagined. Part II of this series will trace modern policing among African-American to its 1703 ancestral roots in Deep South human trafficking and enslavement called “Slave Patrols.” Code Black Alert: Boston: Boston police officers disproportionately observed, interrogated, or searched black residents from 2007 to 2010, according to the preliminary results of a studycommissioned by the department that were released Wednesday.

“This study shows evidence not just of racial disparity, but of racial bias,” said Matthew Segal, legal director of the ACLU of Massachusetts, which collaborated with the Boston Police Department on the genesis of the study, and on Wednesday released its own analysis of the data. “That is really alarming.”

Code Black Alert: New York: Another day, another brutal police assault for the crime of standing on the street while Hispanic. Santiago Hernandez, 23, has accused a half-dozen NYPD cops of punching, beating and kicking him as they investigated a noise complaint – really? Code Black Alert: New York: The family of 17-year-old Marcel Hamer has released a cell-phone clip of a plainclothes New York City police officer hitting the teen while he lies in the gutter… Hamer’s family says he has suffered from memory loss, dizziness, and headaches ever since. See YouTube. Code BlackAlert: Georgia: A grand jury in Georgia has declined to charge any of the cops in a SWAT team’s botched drug raid who threw a stun grenade into the crib of 19-month-old Bounkham “Baby Bou Bou” Phonesavanh, thereby severely burning him, detaching his nose from his face, disfiguring his mouth and possibly causing him brain damage.