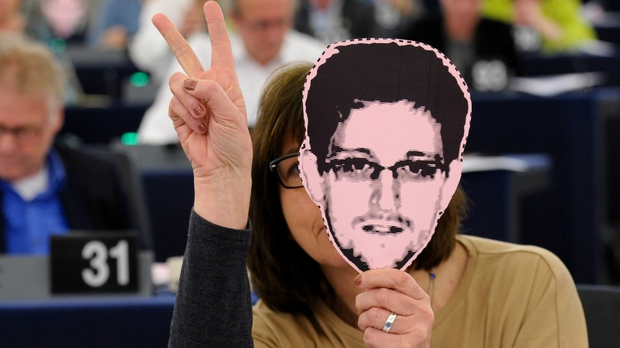 As new controversial metadata laws went into effect in Australia on Tuesday, whistleblower Edward Snowden took to Twitter to warn the country’s residents about the privacy violations that come along with the legislation.

The new laws require Australian telecommunications companies and internet service providers (ISPs) to store user metadata—like phone records and IP addresses—for two years, during which time it may be accessed by law enforcement without a warrant. Civil liberties and internet freedom groups have criticized the laws as invasive and unconstitutional.

“Beginning today, if you are Australian, everything you do online is being tracked, stored, and retained for 2 years,” Snowden wrote, linking to a campaign by advocacy group GetUp! that gave instructions on how to circumvent the data retention scheme.

Beginning today, if you are Australian, everything you do online is being tracked, stored, and retained for 2 years. https://t.co/g8etUYgHGr

The laws are “costly, ineffective, and against the public interest,” GetUp! wrote in its campaign.

According to (pdf) the Australian Privacy Foundation, an internet advocacy group and subsidiary of Privacy International, the laws require telecoms to maintain, at minimum:

After a similar metadata dragnet was attempted in Germany, it was deemed unconstitutional in 2010. Further, the German Parliament’s Working Group on Data Retention published a study in 2011 which concluded that Germany’s similar metadata dragnet, which had been found unconstitutional in 2010, had resulted in a .006 percent increase in crime clearance rates—a “marginal” boost that showed “the relationship between ends and means is disproportionate.”

And yet, the Australian government, led by newly installed Prime Minister Malcolm Turnbull, “says it has taken into account suggestions made by courts overseas that have overturned the legislation,” writes Sydney Morning Herald technology editor Ben Grubb.

To counter the invasive new laws, GetUp! and other civil liberties groups recommend users install privacy software on their phones and computers, such as encrypted messaging apps, secure browsers like Tor, or a Virtual Private Network (VPN).

“Go dark against data retention,” the group states. “Absurdly, the flawed legislation leaves open numerous loopholes, which can be used to evade the data retention. This means the data retention dragnet will capture the data of innocent Australians and cost millions of dollars, while allowing those who don’t want to be caught to remain hidden.”