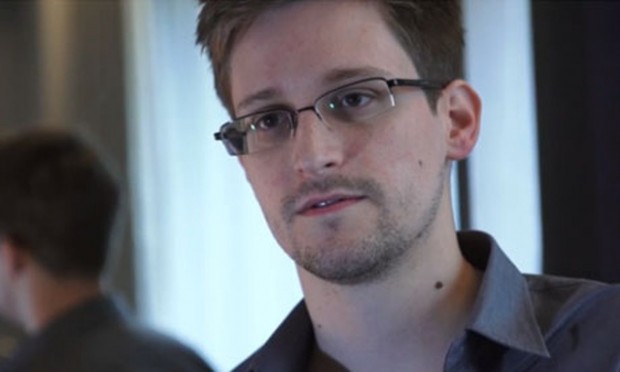 Below is an email from Edward Snowden on the one year anniversary of his courageous whistleblowing that let us all know that we are under constant surveillance by the government.  We know the United States government is conducting dragnet surveillance of phone calls, emails, text messages, chats and collecting millions of images every day for the purpose of facial recognition surveillance. The actions of the NSA — and no doubt other surveillance agencies and corporations working with the security state — is the opposite of what the Constitution says in the Fourth Amendment to the Bill of Rights:

The right of the people to be secure in their persons, houses, papers, and effects, against unreasonable searches and seizures, shall not be violated, and no Warrants shall issue, but upon probable cause, supported by Oath or affirmation, and particularly describing the place to be searched, and the persons or things to be seized.

Even though written more than 200 years ago, the language is easy for every American to understand. The Fourth Amendment is supposed to protect us from unreasonable searches and seizures, and searches require a warrant issued by a judge based on probable cause that an individual committed a crime. Over the years this amendment has been whittled away by law enforcement agencies and the courts whether as part of the war on drugs, the Red Scare against Communism or the war on terrorism, or just plain fear of crime.  Do those words have any meaning that remains?

The Snowden leaks give each of us the information we need to realize our most personal information, our private communications and so much more are being seized every day. Snowden rang the alarm, now we must all do what we can to create real privacy and stop unreasonable surveillance by the government and corporations working with them. It is our task to redefine privacy and what type of searches are acceptable in a new age of digital, interconnected communications. We must redefine the world as we want to see it for all of our futures.

The email below was written by Edward Snowden and sent by ACLU Action.  KZ

They Knew Our Secrets. One Year Later, We Know Theirs.

It’s been one year.

Technology has been a liberating force in our lives. It allows us to create and share the experiences that make us human, effortlessly. But in secret, our very own government—one bound by the Constitution and its Bill of Rights—has reverse-engineered something beautiful into a tool of mass surveillance and oppression. The government right now can easily monitor whom you call, whom you associate with, what you read, what you buy, and where you go online and offline, and they do it to all of us, all the time.

Today, our most intimate private records are being indiscriminately seized in secret, without regard for whether we are actually suspected of wrongdoing. When these capabilities fall into the wrong hands, they can destroy the very freedoms that technology should be nurturing, not extinguishing. Surveillance, without regard to the rule of law or our basic human dignity, creates societies that fear free expression and dissent, the very values that make America strong.In the long, dark shadow cast by the security state, a free society cannot thrive.That’s why one year ago I brought evidence of these irresponsible activities to the public—to spark the very discussion the U.S. government didn’t want the American people to have. With every revelation, more and more light coursed through a National Security Agency that had grown too comfortable operating in the dark and without public consent. Soon incredible things began occurring that would have been unimaginable years ago. A federal judge in open court called an NSA mass surveillance program likely unconstitutional and “almost Orwellian.” Congress and President Obama have called for an end to the dragnet collection of the intimate details of our lives. Today legislation to begin rolling back the surveillance state is moving in Congress after more than a decade of impasse.I am humbled by our collective successes so far. When the Guardian and The Washington Post began reporting on the NSA’s project to make privacy a thing of the past, I worried the risks I took to get the public the information it deserved would be met with collective indifference.One year later, I realize that my fears were unwarranted.Americans, like you, still believe the Constitution is the highest law of the land, which cannot be violated in secret in the name of a false security. Some say I’m a man without a country, but that’s not true. America has always been an ideal, and though I’m far away, I’ve never felt as connected to it as I do now, watching the necessary debate unfold as I hoped it would. America, after all, is always at our fingertips; that is the power of the Internet.But now it’s time to keep the momentum for serious reform going so the conversation does not die prematurely.Only then will we get the legislative reform that truly reins in the NSA and puts the government back in its constitutional place. Only then will we get the secure technologies we need to communicate without fear that silently in the background, our very own government is collecting, collating, and crunching the data that allows unelected bureaucrats to intrude into our most private spaces, analyzing our hopes and fears. Until then, every American who jealously guards their rights must do their best to engage in digital self-defense and proactively protect their electronic devices and communications. Every step we can take to secure ourselves from a government that no longer respects our privacy is a patriotic act.We’ve come a long way, but there’s more to be done.

Edward J. Snowden, AmericanP.S. Check out and share the ACLU’s new video about the last year in the surveillance debate, “They knew our secrets. One year later, we know theirs.”