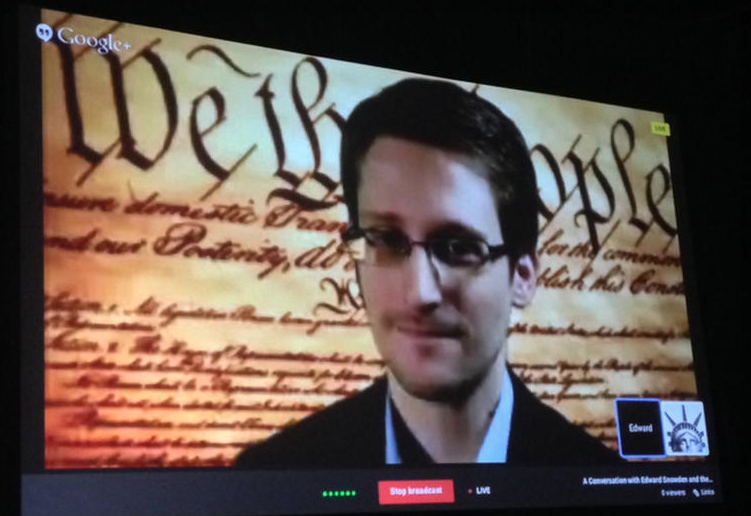 It’s been one year since news broke that Edward Snowden had leaked troves of US government documents detailing the National Security Agency’s secret spying programs.

And, to mark this anniversary Internet advocates have launched a pro-privacy campaign and day of action called Reset the Net. Not only have some top tech titans signed on, like Google, Mozilla, and Reddit, but Snowden himself has also thrown his weight behind the movement.

In a statement issued via his attorney on Wednesday, Snowden said that in the face of government foot dragging, Reset the Net is a way citizens can “take back” their privacy.

“Today, we can begin the work of effectively shutting down the collection of our online communications, even if the US Congress fails to do the same,” Snowden wrote. “This is the beginning of a moment where we the people begin to protect our universal human rights with the laws of nature rather than the laws of nations.”

Reset the Net aims to circumvent policy makers and put the power directly in the hands of Internet users. The advocacy group behind the movement, Fight for the Future, has been rallying tech companies to join the cause and create encryption tools for users.

So far, dozens of companies have signed on adding various coding protections to their websites and mobile apps. For example, Google announced Tuesday that it is releasing the source code for a Chrome extension that lets users protect their email with end-to-end encryption.”‘End-to-end’ encryption means data leaving your browser will be encrypted until the message’s intended recipient decrypts it, and that similarly encrypted messages sent to you will remain that way until you decrypt them in your browser,” Google Security and Privacy product manager Stephan Somogyi wrote in a blog post.

In addition to getting tech companies to do more to protect user privacy, Fight for the Future has also asked people to take action on Thursday, June 5, and post Reset the Net’s “Take Back Your Privacy & Freedom” badge on social media and on websites via a splash screen or banner ad.

“We have the technology, and adopting encryption is the first effective step that everyone can take to end mass surveillance. That’s why I am excited for Reset the Net — it will mark the moment when we turn political expression into practical action, and protect ourselves on a large scale,” Snowden wrote. “Don’t ask for your privacy. Take it back.”