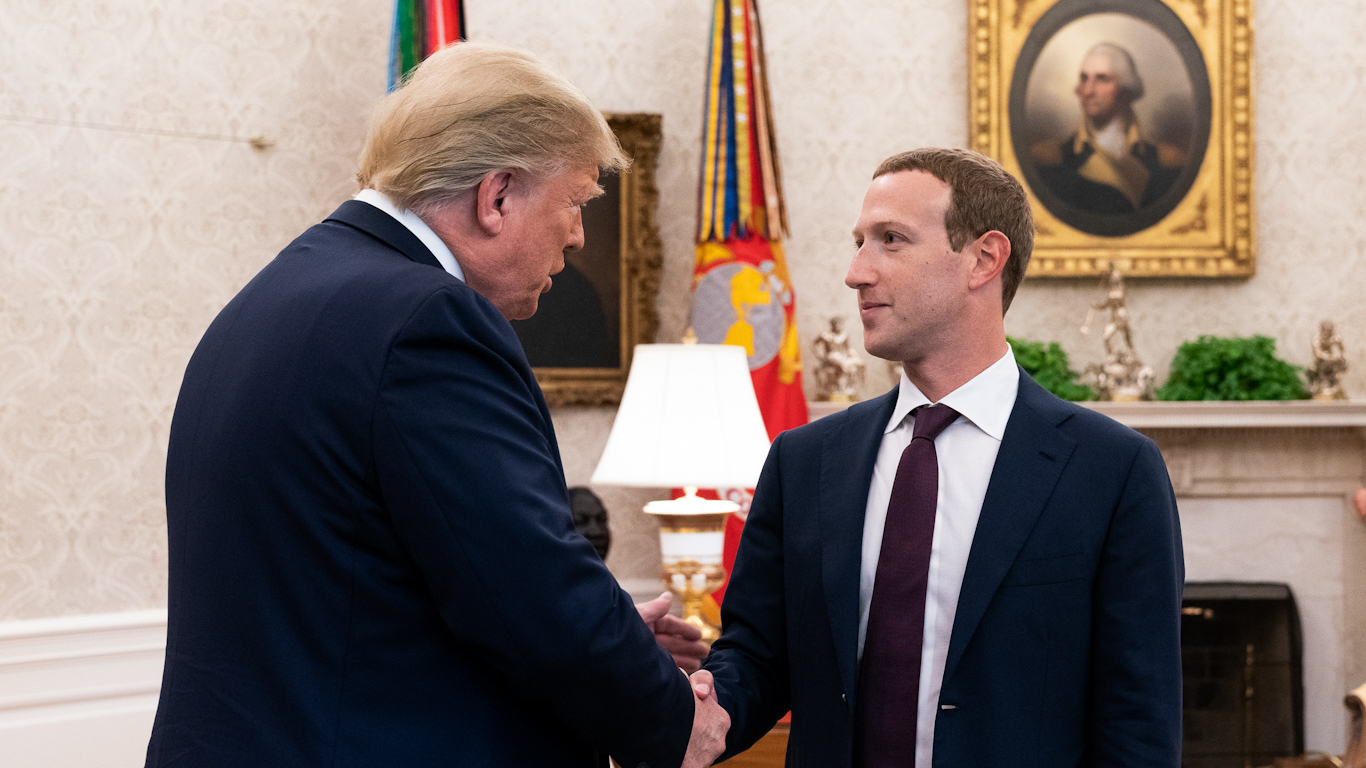 “This will be remembered as a turning point.”

While many breathed a collective sigh of relief when Trump’s social media bans were announced, Edward Snowden and other internet freedom advocates warned that the move sets a dangerous precedent.

NSA whistleblower and internet freedom advocate Edward Snowden has cautioned the public against celebrating President Trump’s recent social media ban. “I know a lot of folks in the comments [who] read this are like ‘YAAAAS,’ which, like — I get it. But imagine for a moment a world that exists for more than the next 13 days, and this becomes a milestone that will endure,” he wrote on Twitter.

Facebook officially silences the President of the United States. For better or worse, this will be remembered as a turning point in the battle for control over digital speech. https://t.co/RBfoIn4ENE

Both Facebook and Twitter announced they would prevent the president from using their services in the light of his incitement of the storming of the Capitol Building on Wednesday. Twitter has since reversed its decision. However, Facebook CEO Mark Zuckerberg was adamant that Trump would not be allowed to use his platform. “The shocking events of the last 24 hours clearly demonstrate that President Donald Trump intends to use his remaining time in office to undermine the peaceful and lawful transition of power,” he announced, adding that his company,

Believe[s] the risks of allowing the President to continue to use our service during this period are simply too great. Therefore, we are extending the block we have placed on his Facebook and Instagram accounts indefinitely and for at least the next two weeks until the peaceful transition of power is complete.”

Many were elated at the news of the decision, while still others urged big tech companies to go further. “Ban Donald Trump’s Twitter account – for good,” wrote Sarah Manavis in The New Statesman. Former First Lady Michelle Obama was of a similar opinion, stating that,

Now is the time for Silicon Valley companies to stop enabling this monstrous behavior — and go even further than they have already by permanently banning this man from their platforms and putting in place policies to prevent their technology from being used by the nation’s leaders to fuel insurrection.”

Of course, senior U.S. government figures use social media all the time to incite insurrection — against enemy countries like Iran, Venezuela, Cuba, or China, but these do not trigger calls for deplatforming. Indeed, many government figures (including President Maduro of Venezuela and Ayatollah Khamenei of Iran) in those countries have their accounts suspended or removed, not for incitement, but for simply existing. Last year, Facebook also announced that it would also delete any posts that presented recently-slain Iranian general Qassem Soleimani in a positive light.

Journalist and press freedom proponent Glenn Greenwald strongly opposed Obama’s call for social media giants to get tough on Trump, warning of the consequences of such an action.

A handful of Silicon Valley oligarchs decide who can and cannot be heard, including the President of the United States. They exert this power unilaterally, with no standards, accountability or appeal. Politics now is begging them to silence adversaries or permit allies to speak,” he wrote.

Unfortunately, “after yesterday, that tech oligarchs should police our discourse is a virtual consensus,” the co-founding editor of The Intercept lamented.

This gives Facebook/tech/Zuck THE MOST POWER. If he can shut the president up/off he can shut any of us up/off

The latest edition of the Reuters Institute Digital News Report notes that 63% of Americans (over 200 million people) use Facebook, and 29% use Twitter (95 million people). Both platforms have become key gateways and distributors of news around the world. Facebook in particular is by far and away the most widely used news source in the United States. And both have extensive and deepening ties to the U.S. government, relying on semi-governmental organizations to curate news feeds, deciding what sources to promote and what to de-rank, de-list or even delete.

It is doubtful that any new bans will stop at only the president, however. Indeed, after the 2016 election and the dubious accusations that Russia had taken over social media, swinging the result for Trump, big tech platforms such as Google, Facebook, Twitter and Bing changed their algorithms, supposedly to promote more trustworthy sources and demote unreliable ones. The instant effect, however, was a collapse in traffic for high-quality alternative media sites. Overnight, Consortium News’ Google traffic fell by 47%, Common Dreams’ by 37%, Democracy Now! By 36% and The Intercept by 19%. MintPress News suffered similar, unrecoverable losses.

Late last year, it was also revealed that Facebook had intentionally choked traffic to the left-leaning magazine Mother Jones because of its political orientation, despite personal assurances to its bosses that it was doing no such thing. Partially as a result, conservatives and the far-right dominate Facebook, with figures like Ben Shapiro amassing fortunes and massive followings, despite his well-known and well-documented constant violation of the platform’s terms of service. Perhaps his personal relationship with Zuckerberg, who reportedly enjoys listening and debating with him, helps. In contrast, anti-war voices are constantly throttled far more aggressively than even Mother Jones, if not banned outright.

In 2013, Snowden was employed by NSA contractor Booz Allen Hamilton but became increasingly disillusioned with his job after trying to report to management his grave concerns about what the NSA was doing. He took the decision to blow the whistle on the NSA’s enormous spying operation, collecting data on virtually every U.S. citizen while eavesdropping on foreign leaders. Greenwald published his revelations in The Guardian. Since then, Snowden has been trapped in Russia, unable to return to his country of birth for fear of meeting a similar fate to incarcerated whistleblowers Chelsea Manning or Reality Winner. There had been growing calls from both left and right for President Trump to pardon him. However, Trump instead decided to continue his tradition of pardoning military members convicted of gross war crimes.

“For better or worse, this [Trump’s social media ban] will be remembered as a turning point in the battle for control over digital speech,” Snowden warned.