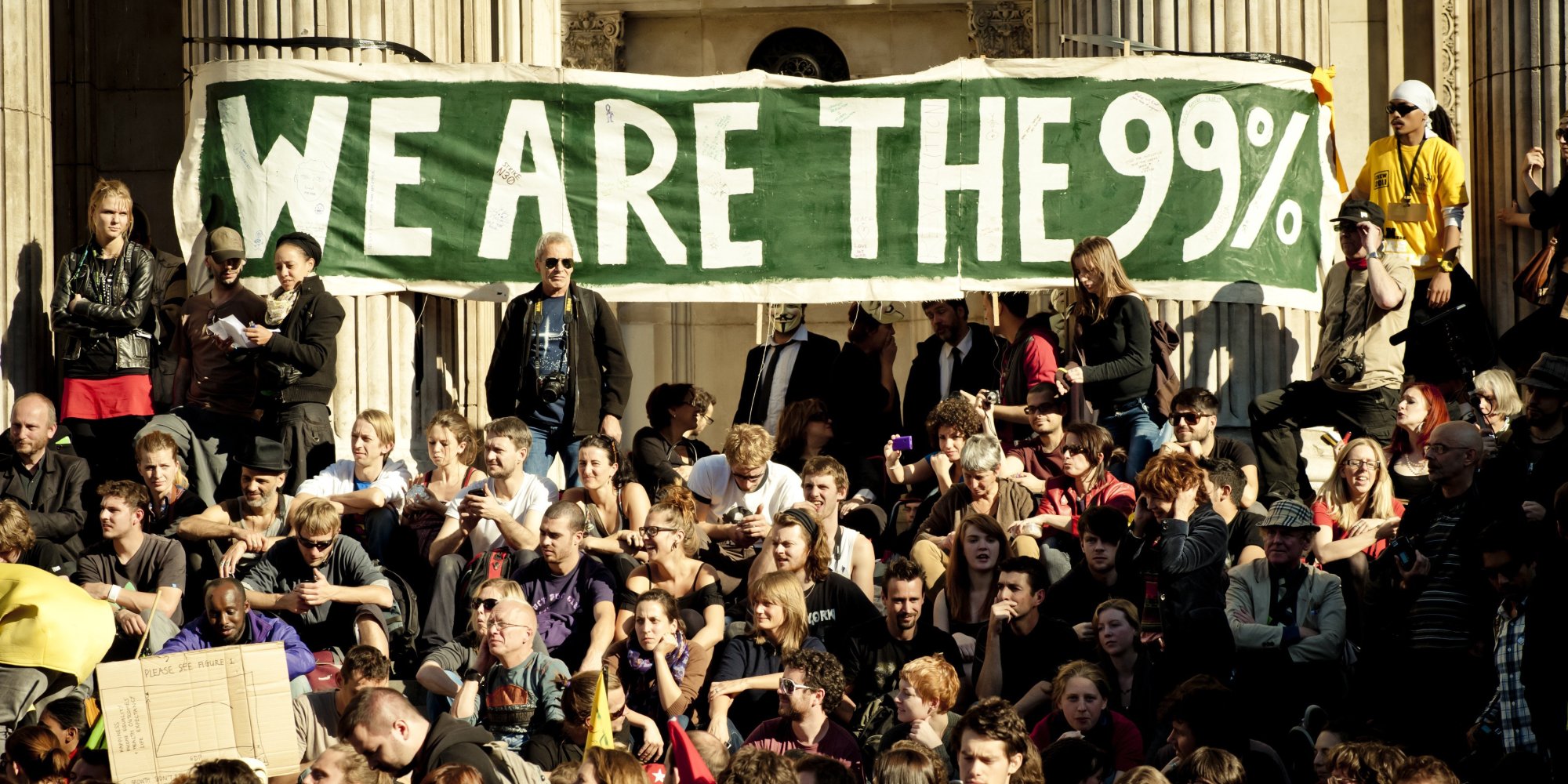 This week, we introduce the third  class from the Popular Resistance School course called “How Social Transformation Occurs.” You will find all the classes here.

In this and the next class, we review the eight stages of successful social movements as outlined by the now-deceased activist, Bill Moyer, one of the first people to do a big picture analysis of social movements. He describes the features of each stage as well as the specific tasks and roles for activists in the Movement Action Plan and in the book he co-wrote, “Doing Democracy.” This is based on his experiences and study in activism during the civil rights, anti-nuclear and other movements.

This class examines the first five stages, which include the build-up to the “Take-Off” (Stage 4) when a national movement breaks out and new issues are put on the agenda. An injustice that people have accepted and lived with becomes more understood, people experience it impacting their lives and finally protests erupt across the country. An example, is the inequality that has existed for a very long time in the United States. Wages have been stagnant since the 1960s, wealth inequality started increasing in the 80s and 90s, there was a major financial crash in 2008 and finally in 2011, the Occupy movement arose and put inequality on the national agenda. The “Take-Off” is followed by the “Landing”, stage 5, where the movement quiets. The next class, which we will examine next week, covers how movements build to majority support, then national consensus and victory.

When activists understand that social movements are long-term efforts and that they go through particular stages, each with specific goals and tasks, they can be more effective. This knowledge is also helpful in avoiding burn out by expecting things to change before the necessary environment is in place. If you know the Landing comes after the Take-Off, then, people understand this is a natural phase in a process toward success.

While these stages are important to understand, they are a framework and not a recipe. Every social movement is different. And social movements don’t all proceed through these stages linearly. Events may impact movements, as the events of 911 impacted the rising anti-globalization movement and the election of President Obama impacted the peace movement, causing both to regress. If activists are aware of the tasks during each stage they can focus their efforts and the movement makes progress.

When movements progress, as participants deepen their understanding of the problem and the possible solutions, the goals may change or new goals may arise. The movement to stop police violence and murders of black and brown people has evolved to also opposing the militarization of police, connecting policing in the United States and oppression of black and brown communities to the training of police by the Israeli Defense Forces and oppression of Palestinians, and recognizing oppression as a facet of capitalism that has commoditized human beings for profit.

Different goals of movements can be in different stages – short-term goals may be more advanced than longer-term goals. For example, the peace movement is farther along in its effort to ban nuclear weapons, given the new United Nations’ treaty, than it is in stopping ongoing wars and militarization in the Middle East and Africa and abolishing war as an accepted practice in foreign policy.

As movements progress and the tasks change, the necessary roles that activists need to play also change. Early on, there is a need for activists to do research on the problem(s) that the movement is working to address and to educate the public and power holders. Later, as power holders fail to respond to the movement, there is a need to mobilize the public for protest and direct action. As consensus grows, the movement broadens and people who are viewed as being more mainstream will join the movement, enhancing its legitimacy. And in later stages, activists will need to translate the demands of the movement into public policy and to watchdog that changes are being made appropriately and are effective in solving the problem.

Activists need to understand how to be effective at each stage of the movement by changing the roles they play to meet the necessary tasks and by understanding the value of roles that other people have. Each of us has skills and temperaments that will determine which roles best suit us. This is discussed in more detail in class five.

We urge you to take the online course and to share it in your community. Perhaps you can hold an abbreviated course or organize a study group. Contact us at info@popularresistance.org if you have questions.

The next decade is ripe with potential for transformative change as numerous crises come to a peak and the power structure fails to respond adequately. If we are organized, unified by a common vision and know how to be effective in our activism, we can make this moment a turning point that ends the exploitation of people and the planet for profit.

Julian Assange may be handed over the United Kingdom by the government of Ecuador any day or week now. He has been in the Ecuadorean Embassy in London for over six years seeking asylum, but the election of a new president in Ecuador and pressure from the United States is creating a dangerous situation for Assange. He has been without internet, access to people outside the embassy and health care for months. If he is handed over to the UK, he may be extradited to the United States and tried.

The “Unity for J” team has been organizing mass online vigils, On Saturday, July 21, they held an online organizing meeting. Learn more about what you can do to protect Assange here. This is the time to rally people in your community and put pressure on the US and Ecuador to protect Assange.

This week, the Israeli Knesset voted apartheid into law. Miko Peled writes that the new law’s “entire essence is a dangerous attempt to give constitutional status to the erasure of all Arab and Palestinian characteristics from a country that until 70 years ago was known as Palestine and that, in the minds and hearts of millions around the world, remains Palestine.”

On Friday, the Israeli military waged a major attack on Gaza. The Defense Minister, Avigdor Lieberman, stated that this new assault will be more devastating than the attack against Gaza in 2014 and that it will kill civilians. This is occurring as Gazans already face a humanitarian crisis with lack of access to water, medical supplies, construction materials and more.

The Gaza Freedom Flotilla, an international coalition, is on its way to try to get through the Israeli blockade and bring supplies and love to Gaza. Follow and support their progress on Facebook. And remember to keep supporting the BDS Movement to end Israeli Apartheid.

The Teamsters union workers at UPS (United Parcel Service) need our support. They are working for low wages in unsafe conditions. Their current contract expires at the end of July and they are facing a new five-year contract that will fail to meet their needs. More than 90% of the Teamsters members voted to go on strike over the contract in June, but then the union and UPS told the workers that it was a done deal.

We spoke with Richard Hooker of #623LivesMatter, a Teamsters member and UPS employee for twenty years in Philadelphia, about his and other union members’ efforts to urge UPS employees to stop the contract. He describes how the union is failing to represent the workers and what they are doing to fight back. The next contract meeting is August 9 and there may be a vote after that. We urge you to help spread the word by downloading the flyer here and passing it out to UPS drivers that you see or UPS employees that you know in your community. You can help spread the word through social media too. Look for that interview on Clearing the FOG.

Labor in the United States is at a crossroads. Union leadership is failing to secure the basic necessities of workers and their families. Perhaps, as the teachers demonstrated earlier this year, we can enter a new era where workers fight back to raise wages and improve working conditions for all workers despite the unions. The Teamsters struggle is a critical part of turning that tide. 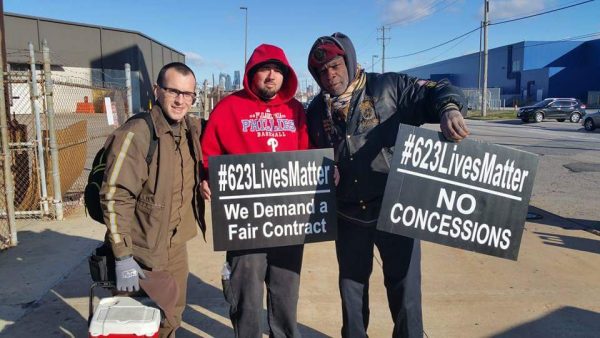