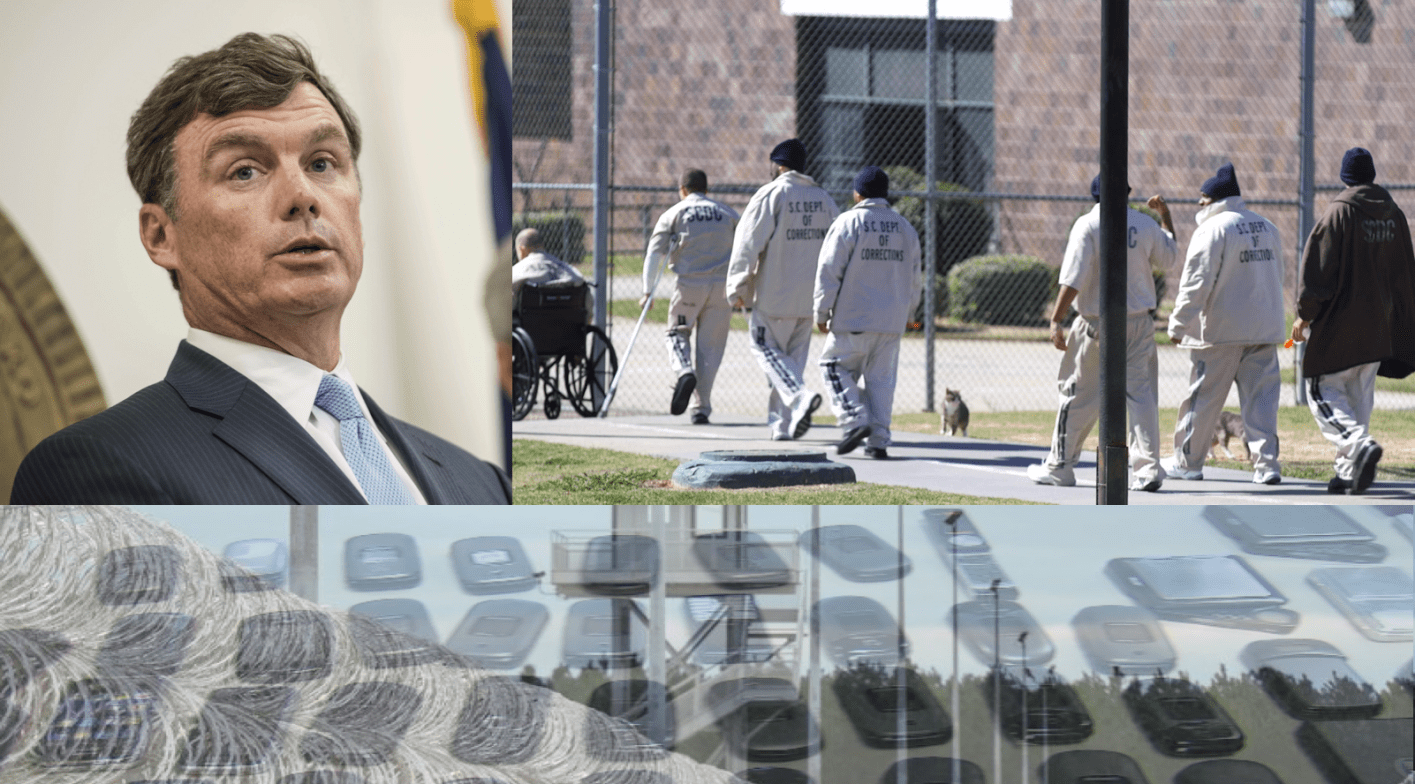 I purposely chose the word facetious, because South Carolina’s Dept. of Correction’s Director Bryan Stirling has absurdly decided to address serious issued in South Carolin’a prisons with impotent legislation. The problem in South Carolina’s prisons is NOT the fact that a few prisoners have obtained access to cell phones. The problem is that South Carolina’s prisons, some of the most dangerous and deadly in country, are in devastatingly horrific conditions and prisoners have been using cell phones to expose the issues that they are forcibly confined to. Director Stirling, rather than using his time and energy to address the root causes these conditions he boasts about wasting trying attack the small percentage of prisoners drafting new legislation that he hopes to have introduced in the legislature by the end of the week.

This is NOT a legislative issue, Why Bog Down the legislature and the courts?

When I initially heard about South Carolina’s potential Cell Phone Contraband Act, my insides churned in disgust at Director Stirling’s urgency to further oppress prisoners in the state of South Carolina, the deadliest state for an individual to be incarcerated in the country, where dozens where killed in 2018 as a result of staff neglect and inadequate medical care. My insides tied in knots for a series of reasons ranging from the fact that prisoners would not even have access to cell phones had not prison guards been the mules to bring them in, there is no way that a prisoner could obtain a cell phone on their own and family members who are thoroughly searched prior to their entry to the prison would never risk being banned from visitation to bring in an item like a cell phone. Without the help of the staff prisoners would not have access to the majority of materials that are used to create contraband.

The director could save so much time, energy, and taxpayer money by just meeting with his own staff and thoroughly searching them rather than putting so much time and effort into drafting a bill that will further bog down South Carolina’s already immensely slow legislation process. Along with bogging down the legislature, Stirling’s bill would also clog up the courts as the bill calls for individual court orders to cell phone companies to turn off reported phone lines that are suspected to be owned by prisoners. Stirling told ABC news, “The legislation will allow us to identify illegal cellphones in inmates’ hands, which are contraband cell phones, go to a court, get an order, and have that order sent to the cell phone company to shut that cell phone off”. The fact that Director Stirling would even think that this is a groundbreaking idea is an absolute farce and is an embarrassing testament of his failure to South Carolina prisons and their residents.

Dir. Stirling is proving his failure to inmates and taxpayers with this stunt

With the horrific state that South Carolina’s slave trade is in, it is absolutely disgusting to see where director Bryan Stirling is putting his effort into legislation that could be resolved with adjustments to staffing procedures. Departments of corrections have separated the courts from monitoring prisoners’ grievances concerning sexual, physical and psychosocial abuse with the Prisoner Litigation Reform Act, federal law that was enacted by President Clinton in 1996. How is it that South South Carolina Governor Henry McMaster and Dir. Stirling find it necessary to burden the courts with monitoring cell phone signals when it is too much of a burden for the courts to monitor prisoners human rights?

Governor McMaster stated that, “Prison officials across the country recognize that a cell phone is the most dangerous piece of contraband an inmate can have.” The Incarcerated Workers Organizing Committee critiqued this statement asking, “But dangerous how? And to whom?” because honestly, in what way is a cell phone being used to incite violence? South Carolina officials are selfish in their statement about danger, it is only an attempt to silence prisoners who are using cell phones to expose the disgusting and horrific conditions of the environments that they are forced to live in. Cell phones present no real threat to prisoners are NOT dangerous.

Those who choose to keep them are heroes, they are risking their lives for the benefit of the those around them. Over the past couple of years we have seen more breakthroughs in legislation because prisoners are able to take photos of the bloody scenes that surround them, like those images that were released during the Lee County riot that left several men dead, and send those images directly to the press without being filtered by corrupt mailrooms. We would not have known about the severity of prison conditions without those silent heroes who shared images of the inside. Prisons continue to be dangerous with little improvement because we allow those who are trapped within them to be silenced and those who are making the decisions not to be held accountable. Cell phones are considered dangerous by officials because they are forcing them to be held accountable.

This drafted legislation should be an embarrassment to not only the director but also to Gov. McMaster who dare to say that they are creating this legislation in order to make “prisoners safer”. There is nothing safe about the further silencing of people who are already forced to live in overcrowded violent and destitute conditions without any source of relief, proper path to submit grievances, access to adequate medical care, living wages or rehabilitation. I want to see the director draft legislation to give prisoners minimum wages so that they can afford to adequately feed and properly clothe themselves, so that they can afford the co-pays for access to adequate medical care, and so that they can afford to talk to their families for longer than 15 minutes. I want to see the director and the governor partner together to create legislation that protects prisoners’ right to vote and voice their opinions about these bills that govern their lives.

If Dir. Stirling cared at all about the dangerous conditions of his grossly horrific prisons, this would NOT be the legislation that he would be rushing to get through by the end of the week. We cannot allow the Cellphone Contraband Act to slip under our noses like the truth in sentencing laws that sounded good but further worked to oppress those who are already grossly marginalized by our criminal justice system. We cannot allow this act to pass, or even be introduced, while we stand idly by hoping that actual reform takes place at some point this year. If voting Rights act H.4048 and good time bill H. 3580 have yet to get a floor vote then I better not see a new bill introduced related to contraband cell phones. Cell phones are not the problem and if Dir. Stirling wants to pretend that they are, then prisoners are not the ones that should be targeted in policy because they are responsible for them, it’s his staff and rather than spending hundreds of thousands of taxpayer money to build equipment to filter cell phone signals he could have a simple meeting with his own staff and and adjust procedures amongst his staff internally. It’s time to say enough of further oppressing prisoners without giving them any source of relief. We need to see genuinely reformative legislation passed that respond to the national prison strike demands and this is not one of them.