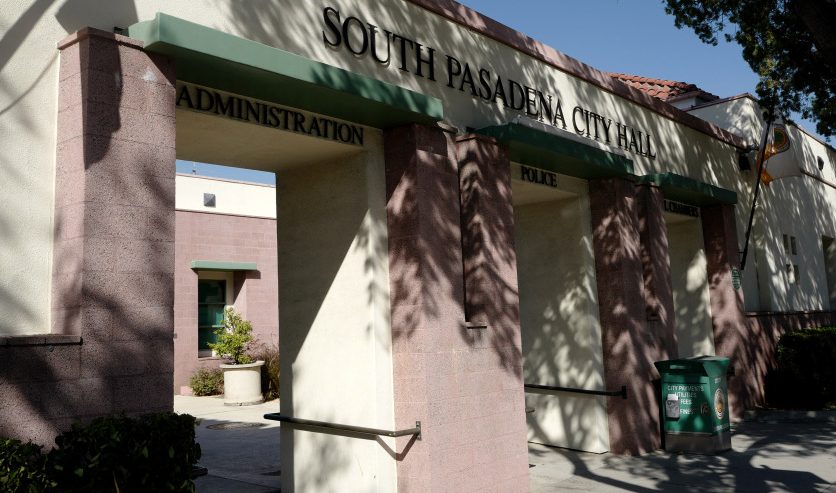 The city of South Pasadena is suing The Dow Chemical Co. and Shell Oil Co., alleging that for more than four decades both firms  willfully manufactured a pesticide containing a cancer-causing chemical that has contaminated the municipality’s drinking water supply.

The 25-page complaint, filed last month in U.S. District Court, contends that from the 1940s to 1980s Dow and Shell marketed a pesticide containing the chemical 1,2,3-trichloropropane, also known as TCP.

“They (Dow and Shell) knew or reasonably should have known that this harmful compound would reach groundwater, pollute drinking water supplies, render drinking water unusable and unsafe, and threaten the public health,” the complaint says.

“They knew about this product when they sold it,” South Pasadena City Councilman Michael Cacciotti said. “These products were defective and they failed to warn the public. And we expect to be compensated for that. They should be responsible for their actions.”

Dow contends the lawsuit is meritless.

“Dow’s soil fumigant products were continuously evaluated and approved for use by federal and state regulators,” spokeswoman Ashley E. Mendoza said Friday. “South Pasadena’s claims are based on a California water quality standard that went into effect in 2018, several decades after the product formulations in question were discontinued. To the extent TCP was present in past product formulations, it would have been at levels so low as to pose no environmental risk. Dow will vigorously defend itself against these allegations.”

TCP is a man-made chemical used as a cleaning and degreasing solvent. In farming, it was found in soil fumigants used to kill nematodes, microscopic worms that attach themselves to plants.

The exact source of the TCP detected in South Pasadena remains unknown, said Randy Schoellerman, executive director of the San Gabriel Basin Water Quality Authority. However, it may have originated from soil fumigants used in farming in the region in the 1940s, ’50s and ’60s, he speculated.

In the 1990s TCP was banned from use in soil fumigants.

Because TCP is heavier than water, does not bind to soil and plants, or degrade easily, it has leached into the underground aquifer, contaminating drinking water wells. Those wells pipe drinking water from aquifers, in this case the vast San Gabriel Basin, an underground lake supplying water to 2 million residents.

The U.S. Department of Health and Human Services, U.S. Environmental Protection Agency and the state classify TCP as a likely human carcinogen.

Animal studies found that after long exposures, the chemical may cause liver and kidney damage and increases the incidence of tumors in various organs, according to the EPA and various California environmental agencies.

Information was not immediately available regarding whether TCP contamination in South Pasadena has caused cancer in humans.

In December 2017, the State Water Resources Control Board’s Division of Drinking Water established a maximum level for TCP of 5 parts per trillion.

South Pasadena’s Wilson Well fell out of compliance and had to be shut down. As a result, the city had to buy imported water that ran through other pipes to the Wilson Reservoir. Many residents in 2018 complained the new mix produced tap water that was a brownish color.

In March 2019, the city of South Pasadena completed construction on a nearly $2.8 million upgrade to the Wilson Well near the Wilson Reservoir. The San Gabriel Basin Water Quality Authority contributed about $589,000 toward the project.

Improvements to the Wilson Well enable water to be pumped from the ground through granulated active carbon, which strips out TCP, Schoellerman said. The result is clean drinking water that brings the city into compliance and exceeds state water guidelines, according to South Pasadena officials.

As of 2016, TCP exceeding the state’s 5 parts per trillion threshold was found in 289 public water systems, mostly in California’s Central Valley.

In addition to South Pasadena, Arcadia, Upland and the Lake Hemet Municipal Water District are suing Dow and Shell over TCP contamination.

A jury in 2016 ordered Shell to pay nearly $22 million in damages to the city of Clovis, located in the San Joaquin Valley, for toxic drinking water. In 2010, the city of Redlands lost a $46 million claim against Shell at trial.

Clean Water Action, a grassroots environmental organization, has described TCP contamination in California as a tragedy due to Dow and Shell’s false claim that the chemical was essential to their products even though both companies had scientific evidence the substance posed a danger to humans.

“Thousands of Californians are drinking and cooking with TCP just because two companies — who knew it was both dangerous and unnecessary to their product — simply didn’t bother to remove it,” the organization said in a statement.