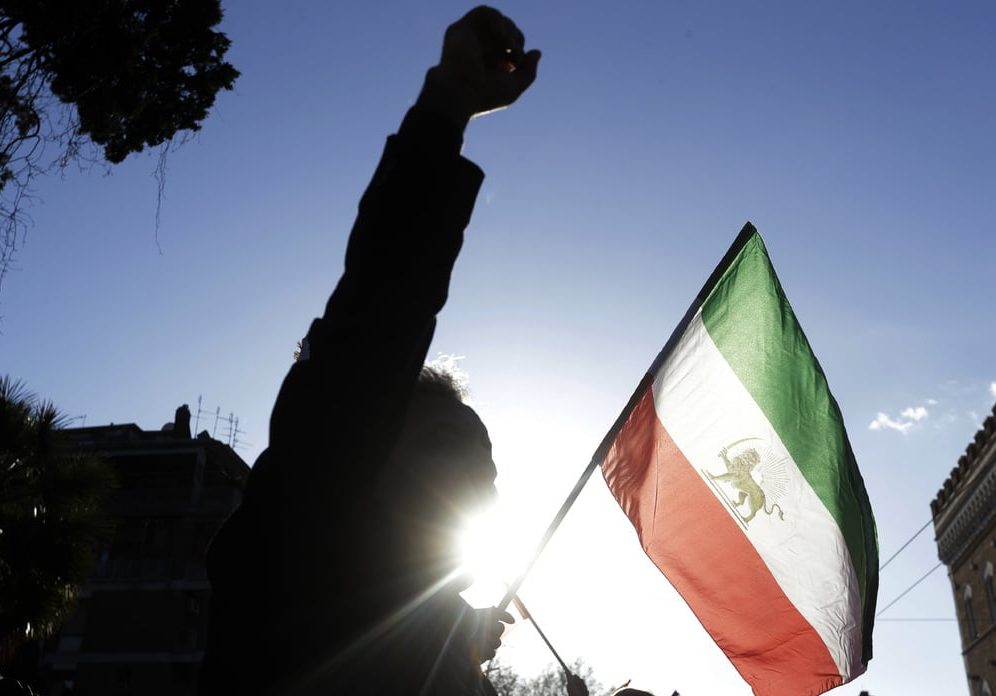 This is our first Special Report recorded in the new Popular Resistance Studio.

We talked to Mostafa Afzalzadeh from Tehran about what the current protests in Iran are about and where they are going. Mostafa has been an independent journalist in Iran for 15 years and a documentary filmmaker. One of his documentaries is Manufacturing Dissent, about the US, UK and their western and Gulf State allies that launched a covert war in Syria in early 2011, dressed up by the media as a “revolution,” to remove Assad from power and the role of western media in creating support for the war.

Mostafa said the US has been trying to change the Iranian government since the 1979 Iranian revolution. He described how the Bush administration and former secretary of state, Condoleezza Rice, created the Office of Iranian Affairs (OIA) which had offices not only in Tehran but also in many European Cities. Iran hardliners were appointed to run the office which reported to Elizabeth Cheney, vice president Dick Cheney’s daughter. The office is tied to other US regime change agencies, e.g. the National Republican Institute, National Endowment for Democracy, Freedom House. Related to the OIA was the Iran Democracy Fund of the Bush era, followed by the Near East Regional Democracy Fund in the Obama era, and the US Agency for International Development. There is no transparency in these programs, so we cannot report where US funding of opposition groups is going.

The OIA was used to organize and build the Iranian opposition to the government, a tactic the US has used in many countries. One of the roles of the office, reportedly, was to be “part of an effort to channel funds to groups that could aid opposition factions within Iran.”  Rice testified in February 2006 about the State Department budget for Iran before the Senate Foreign Relations Committee, saying:

“I want to thank the Congress for giving us $10 million to support the cause of freedom and human rights in Iran this year. We will use this money to develop support networks for Iranian reformers, political dissidents and human rights activists. We also plan to request $75 million in supplemental funding for the year 2006 to support democracy in Iran. That money would enable us to increase our support for democracy and improve our radio broadcasting, begin satellite television broadcasts, increase the contacts between our peoples through expanded fellowships and scholarships for Iranian students, and to bolster our public diplomacy efforts.

“In addition, I will be notifying that we plan to reprogram funds in 2007 to support the democratic aspirations of the Iranian people.”

Mostafa told us that the OIA was also involved in the mass protests in 2009, the so-called “Green Revolution”, that occurred after the election. The US hoped to replace hard line conservative Mahmoud Ahmadinejad with a more US-friendly leader. The protests were against the re-election of Ahmadinejad, which protesters claimed were based on fraud.

Mostafa explained why the current protests began outside of Tehran in smaller cities near the border, telling us that this made it easier to smuggle weapons and people into Iran to infiltrate in the protests. Groups using social media to promote the protests, like the MEK, now known as the People’s Mojahedin of Iran, have no support in Iran and primarily exist on social media. After the 1979 revolution, the MEK was involved in assassinations of Iranian officials, was labeled a terrorist organization and lost political support. While the western media made the 2018 protests look much bigger than they were, the reality is the protests had small numbers of 50, 100 or 200 people.

The protests began around economic issues due to rising prices and high unemployment. Mostafa discussed the impact of sanctions on the Iranian economy as making it harder to sell oil and invest in economic development. As other commentators have pointed out “. . . Washington blocked international clearing for every Iranian bank, froze $100 billion in Iranian assets overseas, and curtailed Tehran’s potential to export oil.  The consequence was a severe bout of inflation in Iran that debilitated the currency.” Mostafa said that in this new era  “tanks have been replaced by banks” in US foreign policy. He predicted that sanctions will build independence and self sufficiency in Iran as well as create new alliances with other countries, making the US less relevant.

Mostafa was concerned that infiltrators allied with outside powers were changing the messaging of the protest to suit their agenda. After a few days, the messages of the protests were against Iranian support for Palestinians, as well as people in Yemen, Lebanon and Syria, which are not consistent with the views of the Iranian people. Mostafa says people in the Iran are proud their country supports revolutionary movements against imperialism and proud they were part of defeating the US and its allies in Syria.

The protests seemed to have died down and were dwarfed by much larger protests organized in support of the Iranian revolution. While the protests have finished, Mostafa does not think that the United States and its allies will stop trying to undermine the government. These protests may have served the purpose of giving the United States an excuse to pursue more sanctions. The US knows that a war with Iran would be impossible and regime change from within is the better strategy for changing the government, but is still unlikely. Mostafa sees significant differences between Iran and Syria and does not expect a Syrian scenario to occur in Iran. One major difference is that since the 1979 revolution, the Iranian people have been educated and organized against imperialism.

He warned to be careful who people in the US listen to as spokespersons for the Iranian people. He specifically mentioning the National Iranian American Council (NIAC), the largest Iranian-American group. He claimed that NIAC was started by funding from Congress and some of its members had ties to government or regime change organizations. When we said we did not know that NIAC had received US government funding and that Trita Parsi, the executive director of NIAC, is a widely respected Iranian commentator (indeed, he recently appeared on Democracy Now and Real News Network), he said, “You should research it for yourself. I’m just alerting you.”

We researched NIAC and  found on NIAC’s website that they received money from the National Endowment for Democracy (NED). NED is a private organization primarly funded by an annual allocation from US government and Wall Street interests and has been involved in US regime change operations in the Middle East and around the world. In their More Myths and Facts section NIAC acknowledges receiving funding from NED but claims that was different from the Bush administration’s democracy program, the Democracy Fund, designed for regime change. NIAC also says it does not receive funding from the US or Iranian governments on its site.

NIAC research director, Reza Marashi, mentioned by Mostafa, worked at the State Department’s Office of Iranian Affairs for four years prior to joining NIAC. And, field organizer Dornaz Memarzia, worked at Freedom House before joining NIAC, an organization also involved in US regime change operations, tied to the CIA and State Department. Trita Parsa has written award winning books on Iran and foreign policy and received his Ph.D. at the Johns Hopkins School for Advanced Economic Studies under Francis Fukuyama, the well known neocon and advocate for “free market” capitalism (we put free market in quotes because there has been no free market since modern economies have developed and because this is a marketing term describing transnational corporate capitalism).

Mostafa had two suggestions for US peace and justice movements. First, he urged US movements to work together because they need to be coordinated and unified to be effective. At Popular Resistance we call this creating a “movement of movements.”  Second, he urged activists to seek out information on Iran and share it because Iranians do not have a strong voice in the media and most reporting comes from US and western media sources.

We hope to bring you a variety of voices from Iran so that we can better understand what is happening in this pivotal country.