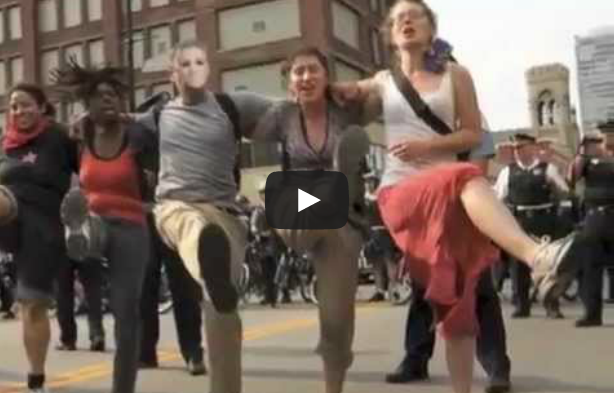 Spread The Word: Time For World Beyond War

Billboards and ads to organize for abolition of war, an idea whose time has come

World Beyond War is a global nonviolent movement to end war and establish a just and sustainable peace.

This fundraising and advertising campaign is step one in bringing together people and organizations around the world to work toward the complete elimination of war. This campaign itself will have a major impact, and we will maximize media coverage of our billboards, signs, and other ads.

Through this campaign, when fully funded, millions of people will become aware of exactly how popular and mainstream the idea of war abolition has become.

And many of those who become aware will also become organized to take useful steps in that direction when they sign our Declaration of Peace at WorldBeyondWar.org — where, already, before any promotion, individuals and organizations of all kinds have signed from 58 countries and rising fast. We have begun working with those groups and individuals on projects that advance the goal of the elimination of war.


We at World Beyond War, including the director David Swanson and the three interns who appear in the video with him, Taylor Henkel, Areeb Khan, and Nadia Kamoona, work to advance the idea of not just preventing any particular war but abolishing the entire institution. A longer (10 minute) video explaining what we work on is posted at WorldBeyondWar.org, and we welcome your participation wherever you are in the world!

We will be offering those who get involved a chance to vote on their favorite ads and billboards.  We will be choosing designs and placement based on maximizing our reach in terms of cost-effectiveness, but also prominence and potential for free media coverage.

While public opinion has moved against war, we intend to seize this moment to crystallize that opinion into a movement that spreads awareness that war can be ended, that its ending is hugely popular, that war should be ended as it endangers rather than protects — and harms rather than benefits — and that there are steps we can and must take to move toward war’s reduction and abolition. We strive to replace a culture of war with one of peace in which nonviolent means of conflict resolution take the place of bloodshed.

War is not ending on its own. It is being confronted by popular resistance. But too often that resistance takes the form of denouncing one war as unacceptable (in contrast to theoretical good wars), or opposing a war because it leaves a military ill-prepared for other wars, or rejecting a weapon or a tactic as less proper than others, or opposing wasteful military spending in favor of greater efficiency (as if the entire enterprise were not an economic waste and a moral abomination). Our goal is to support steps away from war and to spread understanding of them as just that — steps in the direction of war’s elimination.

Peace is not free. We need your support if we are to reach all of those who would like to be with us or who can be persuaded to stand with us. We don’t need the sort of funding that flows into the world’s militaries each year, but we do need this campaign to be fully funded if we are to jump start this movement and give it real organizing structure.  Please help how ever you can!