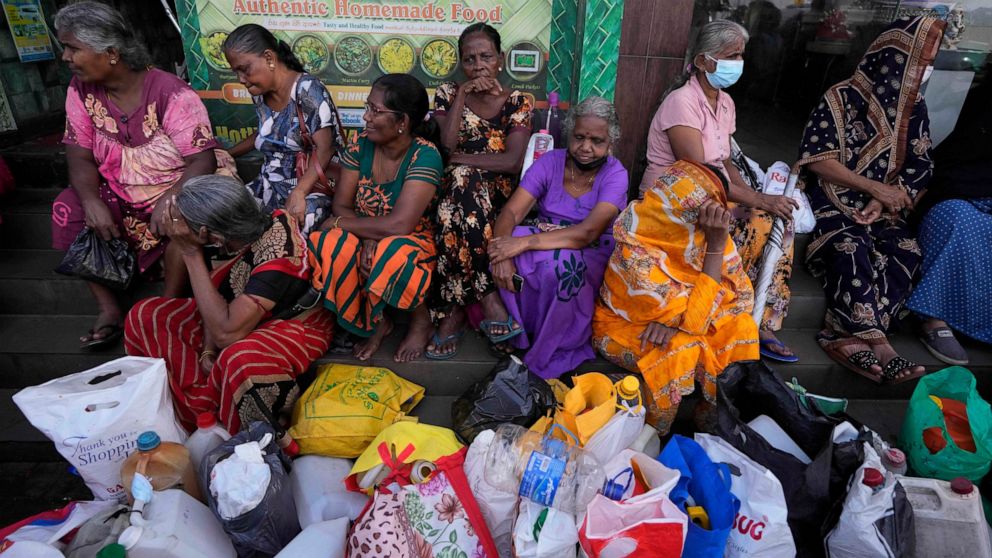 After the July 14 resignation of Gotabaya Rajapaksa, an unpopular prime minister was appointed as president.

For several months the nation of Sri Lanka has been imperiled with the looming threat of complete economic collapse as fuel, food and other commodity prices skyrocketed.

Former President Gotabaya Rajapaksa became the central focus of the youth-led democracy movement as the GotaGoGama encampment was established demanding the immediate resignation of Rajapaksa as president and the removal of his cabinet.

At its height the camp’s activism attracted tens of thousands of people demanding an end to the former administration. Eventually the presidential compound was overrun by angry protesters necessitating the removal of Rajapaksa as president.

These events have sparked a debate within the democracy movement on a possible shift in tactics and strategy.  Some felt that the growth of the GotaGoGama camp served its purpose in the removal of the ousted regime during July. At the same time, there are others who take a different view of the current situation recognizing that nothing has changed fundamentally for the majority of the people in Sri Lanka with the ascendancy of a career politician to the position of president.

After the fleeing into exile of Rajapaksa, Prime Minister Ranil Wickremesinghe was appointed president by a majority within the Sri Lankan parliament. Although Rajapaksa fled due to political unrest, Wickremesinghe immediately imposed a state of emergency as a first step in plans to remove democracy movement demonstrators away from the central areas of the capital and the presidential residence which had been stormed in mid-July.

Some of the demonstrators occupying the camp said that they were attacked by a paramilitary grouping which were accompanied by soldiers. One activist from the Frontline Socialist Party, Pubudu Jagoda, told Al Jazeera: “Some in the military told us a group in civilian clothes arrived in a bus and put military uniforms on inside the bus before launching the attack.” There were allegations that some members of the paramilitary grouping were intoxicated.

In a recent analysis published by Al Jazeera it observes that: “Vimukthi Dushantha, a convener of the Black Cap movement, says his group decided to leave the village to launch their next phase of the struggle, which he said was titled ‘Aragalaya 4.0’ after the Sinhala word for ‘struggle’. ‘Our main slogan at GotaGoGama was for Gotabya to leave. Now he is gone,’ he told Al Jazeera. ‘We believe the role of GotaGoGama as the centre of the protest is now over. The next phase of the protest should focus on introducing political, social and economic reforms.’”

The IMF and 21st Century Imperialism

The current government in Colombo is involved in negotiations with the Washington-based International Monetary Fund (IMF) in efforts to restructure existing debts. Such discussions absent of public interventions by trade unions, opposition parties and other important sectors of the working class and minorities will fail to address the critical issues looming behind the existing catastrophe.

Bailout packages supervised and coordinated by the IMF often result in even deeper hardships for the majority of the population in affected states. There is the forced downsizing of the civil service, including education workers, the privatization of publicly owned enterprises and the consequent heightening of political repression needed to enforce the dictates of Washington and Wall Street.

Western press reports on the developing situation in Sri Lanka frames the entire narrative on issues of corruption and lack of democratic practice. The debt crisis in Sri Lanka is largely due to the western financial institutions contrary to initial articles claiming that loans taken from the People’s Republic of China were at the core of the economic meltdown.

However, a review of the actual Sri Lankan debt by Ben Norton in an article reprinted in Monthly Review Online says of the present situation: “Sri Lanka has a history of struggling with Western debt burdens, having gone through 16 ‘economic stabilization programs’ with the Washington-dominated International Monetary Fund (IMF). These structural adjustment programs clearly have not worked, given Sri Lanka’s economy has been managed by the IMF for many of the decades since it achieved independence from British colonialism in 1948. As of 2021, a staggering 81% of Sri Lanka’s foreign debt was owned by U.S. and European financial institutions, as well as Western allies Japan and India. This pales in comparison to the mere 10% owed to Beijing.”

In order of amount owed the following financial institutions have been listed: BlackRock (U.S.)

In recent years, Sri Lankan economic policy has been dominated by neo-liberal approaches to foreign investments. If there is agreement between the IMF and the Wickremesinghe administration, it will represent the 17th attempt conducted by the global financial institutions in relationship to this South Asian island-nation.

Wickremesinghe announced in his first speech on July 30, just ten days after he was elected by the parliament to serve out the remainder of Rajapaksa’s term of office, that an agreement over financial assistance from the IMF had been postponed until September. The new president claimed that as prime minister he had wanted to conclude the talks with the IMF in late May.

Nonetheless, Wickremesinghe said that the advent of 100-days of mass demonstrations and the GotaGoGama encampment was responsible for the failure to reach an accord with the IMF. He made an appeal for the members of parliament to unite in order to save the country from an even worse economic disaster.

The Political Character of the Opposition

Sri Lanka has a decades-long history of a diverse political landscape extending from the independence struggles of the 1930s and 1940s through the acquisition of independence and the establishment of self-government after 1948. Between 1948-1953, the government followed a pro-western trajectory until the conclusion of the Korean war when there was a decline in rubber production and the rapid rise in prices for staple foods such as rice.

A general strike in 1953 and the subsequent turn towards non-alignment and socialist orientation was embarked upon by Prime Minister S.W.R.D. Bandaranaike who was elected in 1956. Efforts to build national unity in the country among the various ethnic groups led to his assassination in 1959. The slain leader’s wife, Sirimavo Bandaranaike, later became the leader of the Sri Lankan Freedom Party (SLFP) and won the elections of 1960 becoming the world’s first woman prime minister.

Today there are organized parties within the opposition operating from various ideological perspectives from the right to the left. Some left parties have in recent years formed alliances within larger groupings within parliament, and consequently, among some youth, they have lost credibility.

In addition, there has been historically a weaponization of ethnicity by the majority Sinhalese population. The civil war which lasted from 1983 to 2009, was fought over the discrimination and persecution suffered by the minority Tamil community based in the north of the country. Sinhalese people are largely Buddhist in regard to their religious affiliations. The Tamils are a majority Hindu with some Christian adherents.

Over the last two decades there has also been the targeting of the Muslim minority population which followed a similar course as what has taken place in the western countries. The recent demonstrations during 2022, has been centered in the south of the island which is dominated by the Sinhalese. Other groups did join in the mass demonstrations as the crisis worsened.

In an extensive interview published by the London-based International Socialist Journal (ISJ) in June with Ahilan Kadirgamar, a senior lecturer in sociology at the University of Jaffna in Sri Lanka, provides an overview of the recent events inside the country. Kadirgamar is the Vice President of the Federation of University Teachers Association.

Kadirgamar highlighted the youthful character of the demonstrations which have occurred over the last few months. However, the organized working class entered the struggle with 1,000 unions participating in May Day actions.

According to Kadirgamar: “[P]olitical parties are mobilizing their social bases. Both the main opposition party, Samagi Jana Balawegaya (United People’s Power), and the far-left Janatha Vimukthi Peramuna (JVP; People’s Liberation Front) have been organizing large protests in recent months. They are both preparing for elections in the future. But there is no clear leadership for the street protest movement, partly because it represents the coming together of different forces. The left today is mainly concentrated in the trade unions, because the ‘left’ political parties have been discredited by their affiliation with the Rajapaksas. These include the Lanka Sama Samaja Party (Sri Lanka Equal Society Party) and the Communist Party of Sri Lanka. There is a strong left among students, particularly around the Frontline Socialist Party, which split from the JVP about a decade ago. The students have always been militant, which is one of the reasons why Sri Lanka still has free education, and they recently organized a very serious protest that surrounded the prime minister’s house. Nonetheless, they lack demands and a clear path forward and have also failed to put forward the kind of program needed to end the crisis.” (http://isj.org.uk/rising-up-sri-lanka/)

Taking these factors into consideration, the Sri Lankan people must work out a political program that can unite the disparate forces which characterize the opposition to the eminent neo-liberal policies advocated by the existing regime. The struggle in Sri Lanka is by no means an isolate one since it is reflective of the overall world crisis of capitalism and imperialism in the third decade of the 21st century.