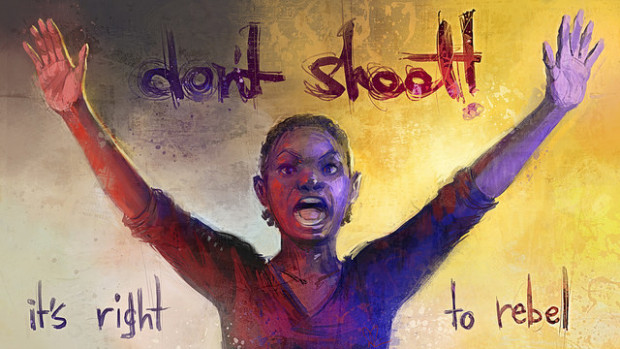 It has finally come to the attention to the majority of St. Louis residents that Sgt. Brian Rossomanno’s national security contracting business, 0311 Tactical Solutions, LLC, is contracted to train the police department. Beyond this being a glaring conflict of interest, it is very telling of the type of training that St.

Louis Metropolitan Police Department receives to be used against citizens. We have seen, day after day, heavily armored police attacking peaceful protesters, nearly always without provocation. And of course, leading his army of military-style tactically trained police, is the self-proclaimed #RiotKing Sgt. Rossomanno himself. Rossamanno is the head of SLMPD’s civil disobedience team, and is the one that makes the decisions to brutally attack peaceful protesters with chemical munitions, using illegal maneuvers such as kettling.

In STLToday’s article that brought this subject to light, they stated:

Rossomanno declined to be interviewed for this story. In an email on Friday, he said that 0311 Tactical did not bid on contracts from the St. Louis police because it would be an obvious conflict of interest. Later that day, his company’s website was edited to delete the St. Louis police department and its SWAT team as clients.

After a bit of looking into the website and using simple web searches, it was easy to find the poor edit jobs. It was hidden by removing a couple of links – but leaving the pages – and a shoddy text deletion of the St. Louis Metropolitan Police Department’s accolades. As such, we’re providing to you the before and after screenshots. It’s also archived, just in case destroyed evidence would be needed later.

Before, from their currently live unlinked testimonials page: 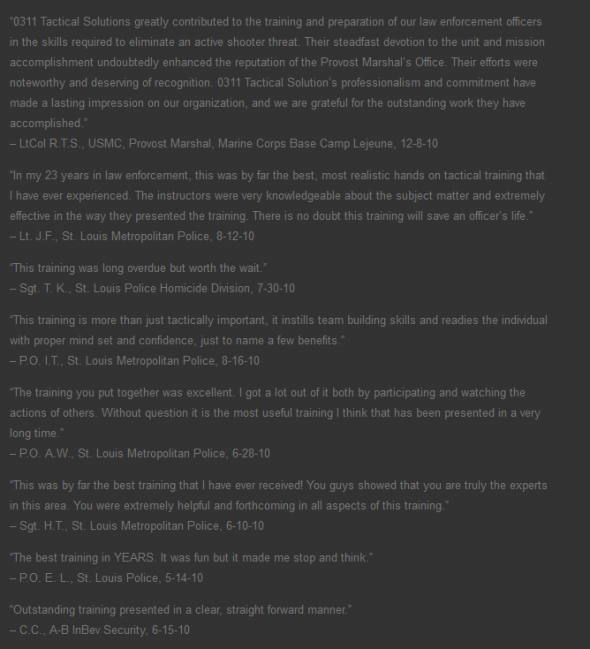 With just a swift deletion of text – without bothering to properly modify the formatting, is the current rendition:

What happened there? It looks like Rossomanno was worried about being caught in a lie, so deleted any mention of the SLMPD. Next, unmodified and live as of this posting – but we can expect it to be edited – the first responders training page: 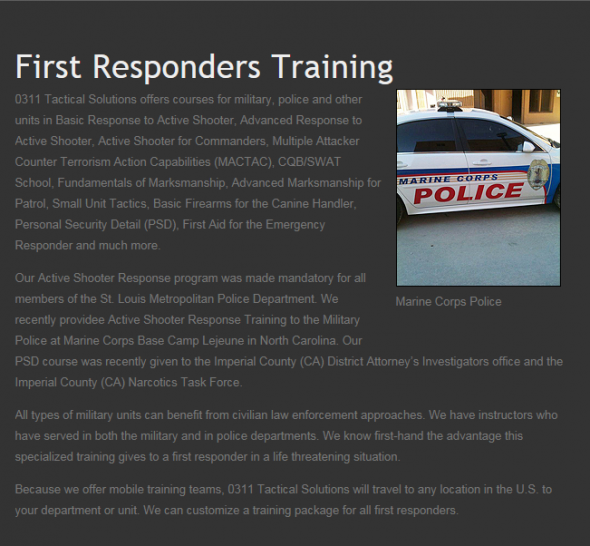 What is this? Let’s zoom in a bit here to be sure we’re seeing this right:

So we figure that indeed, Rossamanno’s company didn’t bid on contracts. That would be a conflict of interest! Perhaps the police department just handed it to him, likely at his own suggestion. Then it was made mandatory. Don’t you wonder how many of your tax dollars 0311 Tactical Solutions, LLC was paid to train per employee? And was it all of SLMPD employees? Because that’s how we read that 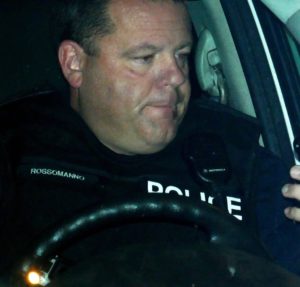 statement. Certainly an officer of the law wouldn’t directly lie to the public, so maybe Rossomanno’s email to the Post-Dispatch was merely an omission of a minor detail, a mere indiscretion. We’ll call it an oversight. We certainly wouldn’t want to tarnish the reputation of such a beloved sergeant of the police department by calling him a liar. So we’ll let you be the judge. Furthermore, we shouldn’t agonize too much about the destruction of evidence that’s occurred. Because as required by law, the receipts for national security contractors will be readily available from both the police department that wrote the checks, as well as the business that was paid, which should be enough evidence on its own.

We have more information coming about this 0311 and the shady dealings of #RiotKing and St. Louis Metropolitan Police Department. Because while proper justice wasn’t served for Anthony Lamar Smith, I think that every protester that’s been assaulted by this vicious man’s command over the years will get a bit of satisfaction in watching the #RoastAManno show play out. Stay tuned, we have more information to share! In the meantime, this is a notice to St. Louis City to put Rossamanno on unpaid suspension, as demanded by the taxpayers.