Note: Join us in NYC on\Friday, September 20 – People’s Climate Strike. Starts at Foley Square at noon and then march to Battery Park. We’ll bring messages connecting militarism and the climate crisis. For more on this event and the rest of the weekend visit The People’s Mobilization To Stop War and Save the Planet.

Councilmember Kshama Sawant, who introduced the resolution said  “Young people are correct to be outraged, and they have no choice but to take action.” In a letter to the Seattle City School Board body Sawant urged the boatd to “stand with the global climate justice movement,…respect Seattle students’ right to participate in the global climate strike and excuse them from classes on Friday, September 20th, to do so.”  She pointed to decades of inaction by corporate politicians and the UN Intergovernmental Panel on Climate Change report which gives giving us just 12 years before surpassing a critical threshold of 1.5 degrees Celsius of warming.

Popular Resistance stands with the Climate Strikers because radical and rapid transformation of the energy system as well as transportation, housing, manufacturing, finance, agriculture and other segments of the economy are needed to avert climate chaos. KZ

In the coming days, thousands of young people across our region are going to be taking the streets to demand bold action to confront the climate crisis. On Friday, September 20, young people are leading a march to the Capitol to demand a green new deal, respect for indigenous land, environmental justice, protection of biodiversity and sustainable agriculture. Then on Monday, September 23rd, young people are joining people of all ages for a historic mobilization to #ShutDownDC for climate justice. 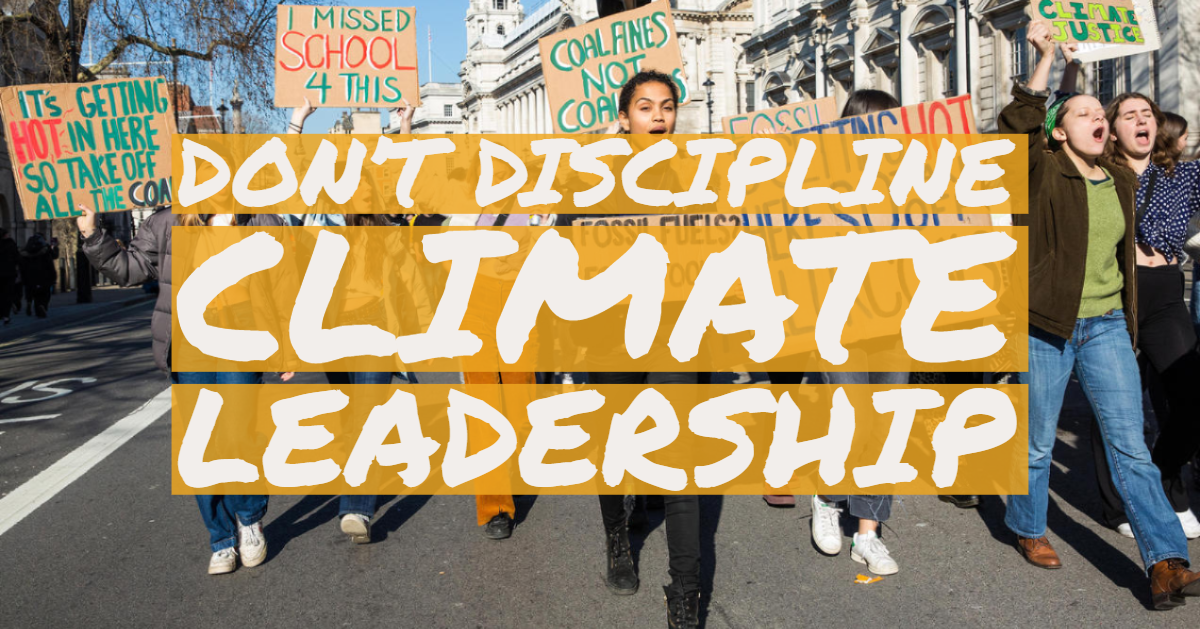