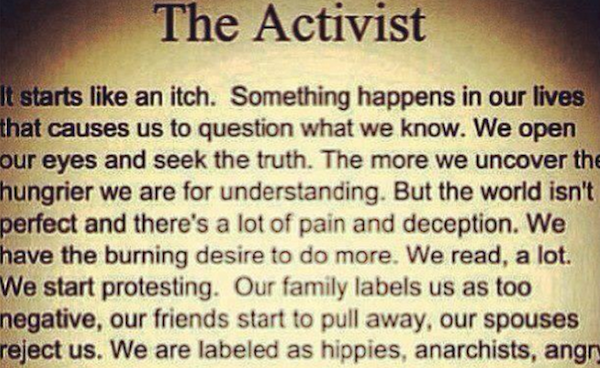 Standing On The Edge Of Next American Revolution

Readers are no doubt familiar with the first American Revolution which had been building for sixteen years before the violent war of independence from the British Empire. The Second American Revolution occurred at the ballot box in 1800 with the election of Thomas Jefferson. The President described his election “as real a revolution in the principles of our government as that of 1776 was in its form.” Of course, he never gave up his slaves which makes that democratic “revolution” partial and flawed at best. Still, “Jefferson believed his election was a peaceful revolution by the American people overturning an elitist faction that was stamping out cherished constitutional rights and trying to transform our young democracy into an authoritarian state. It was a transfer of power back to the people, not a change of parties.” The 40th president is said to have brought about the “Reagan Revolution.”

Today the United States political system has been corrupted by the Supreme Court decisions Buckley v Valeo, Citizens United v FEC and McCutcheon v FEC. Congress is under the thumb of its wealthiest citizens; therefore a number of urgent problems will not be dealt with in the coming session of Congress, perhaps never. Almost certainly, not without a mass movement of resistance. Most urgent among these critical issues are:

To address these issues and solve critical problems — when running for office has been priced beyond the reach of talented and worthy outsiders and all third party candidates who are not self-funded — another American Revolution is required. Revolution is a frightening word for most Americans, but the Second and the last American Revolutions indicate that weapons are not required, blood need not spill. Minds need to change.

This revolution has already begun for many, not most, people. The Next American Revolution will not be a solitary journey; far from it. Demonstrations, protests, marches and disruption of business as usual have already shaken the nation, but the movement for racial justice has not yet reached the momentum and visibility of either Occupy Wall Street or the tea party in their heydays.  The list of critical issues above strongly suggests that the United States is sliding toward fascism. Genuine democrats and republicans who believe in self-government in a democratic republic must support a revolutionary movement and come to distrust the elites in both major parties who back the corporate interests (profit and survival) over the public interests (peace, democratic policy making, keeping the Earth habitable, etc). What, then, will spark a revolutionary movement to outlaw plutocracy, abolish the corporate-state, establish political equality and save the world from the ravages of war and predatory, transnational corporate capitalism, i.e., the neo-liberal world order we call corporate feudalism?

That question is impossible to answer. It could come from an article on a blog; but were it that simple, the Next American Revolution would have been sparked by Chris Hedges’ essays on Truthdig by now. Perhaps it will be triggered by another Wall St.-induced financial crash. Perhaps a flood of independent politicians will somehow manage to win office, including the White House,

a pipe dream in this era of legalized corruption and multimillion dollar campaigns. Perhaps a public space will be occupied again (Occupy Congress?), or enough people will come to realize that the Framers’ republic has been transformed into an oligarchic, corporate-empire and rise up in rebellion in time. Perhaps the left will learn to work with the right on the issues of mutual agreement. (See first video in the “Further viewing” section below for elaboration on that version of the Next American Revolution.)

How this revolution will be waged is open to tactics employed by the dispossessed, the oppressed, the disgruntled and the rest of those involved. The revolutionaries must be nonviolent, or else they risk pushing the U.S. government into full-blown, fascist police state in reaction to them. In all likelihood, any violence will be initiated by the police. Revolutionary activists can use the freedoms we still have left: assembly, petition, speech, theater, the ballot box and civil disobedience — all employing a variety of tactics. “What Makes Nonviolent Movements Explode?” reviews the tactics of disrupting business as usual and need for “personal sacrifice.” Will enough folks sacrifice some time they normally spend watching television, exercising, reading, etc? It’s worth taking the time to read as a companion piece to this call for civil participation. Revolution must become part of many more people’s lives until the American corporate-state is returned to We the People.

The anti-fracking movement in New York waged a six year struggle for a ban on hydrofracking of natural gas, and its success
demonstrates when enough people work together in a disciplined and consistent manner, the corporate agenda can be stymied. Certainly, much more activism across the nation is needed. Thomas Jefferson believed every generation should have its own constitution and considered revolution and rebellion the life-blood of republican governance. Many more Americans need to rediscover these Jeffersonian ideals and join the effort to shake off oligarchy, oppose the corrupted Democratic/Republican political duopoly and peacefully forge a new path toward a genuine, democratic form of a government of, by and for all the people, not just the 1%. To be clear, there are a few, good public servants in Congress. (See Walter Jones, R-NC, interview with Trevor Potter below.)

Any serious revolutionary movement must have principles to confront the serious problems and drift toward fascism we are confronting. Political equality must be a primary, key revolutionary demand to legalize democratic order. The following areproposed democratic principles to address the list of “critical issues” above:

Each of these principles can and will be defended if challenged below in the coming years in this Gazette. After each challenge, the stated principals above will — one-by-one — come to contain hot links to the defense of stated democratic principle elsewhere on this site. Readers, especially members of the power elite, are encouraged to express skepticism or criticism in the comment section below. Political equality has been previously sketched out, the only democratic principle with a link upon publication.

“We have it in our power to begin the world over again.”
~Thomas Paine

Minds need changing; therefore share this article. Take some time out from watching television, reading or shopping to copy and paste http://wp.me/p2BCCS-1e9 onto news sites reporting war, corruption, racist police tactics, etc., on political blogs, on social media, in e-mails, anywhere possible online. The revolutionary conversation needs to begin, and it’s not coming from corporate media, not Fox News, not MSNBC, not CNN and not on the network news sources. Initially, “the revolution will not be televised.” The Internet is the movement’s best, perhaps our only hope to rescue democratic order. Billionaires have the money; revolutionary patriots have the inexpensive Internet. The latter need to make it their revolutionary machine before the government or corporate interests attain it for their private agenda of government power, corporate greed and corporate-state control. To that end, we must preserve net neutrality as part of the revolutionary, democratic agenda.

Edge of a Revolution

“When we tune out politics, when we abandon hope, we aren’t being cool or hip or ironic or even realistic—we are being played.”

The revolution already has a theme song. If you enjoy rock and roll, turn this music video up. Otherwise, appreciate the lyrics and video with the volume down.

The author of The Authoritarians (below) summarizes his essay with words that serve to conclude this article with one word added:

Research shows most people are not in this [revolutionary] movement. However Americans have, for the most part, been standing on the sidewalk quietly staring at this authoritarian parade as it marches on. You can watch it tear American democracy apart, bit by bit, bite by bite. Or you can exercise your rights too, while you still have them, and get just as concerned, active, and giving to protect yourself and your country. If you, and other liberals, other moderates, other conservatives with conscience do, then everything can turn out all right. But we have to get going. If you are the only person you know who grasps what’s happening, then you’ve got to take leadership, help inform, and organize others. One person can do so much; you’ve no idea!…But time is running out, fast, and nearly everything is at stake.

The American Revolution of 1800: How Jefferson Rescued Democracy from Tyranny and Faction – and What This Means Today

Rise Up or Die

Peak Inequality: The .01% and the Impoverishment of Society

A revolution comes in stages – Occupy or otherwise

Americans Are Sick to Death of Both Parties

Pitchforks against Plutocracy: Needed Radicalism for the Mainstream

From Analog to Digital: The Revolution Against the Patriarchal World Order
Audio:
Revolutionary Wealth (epilogue)

There Is No Difference Between Republicans & Democrats