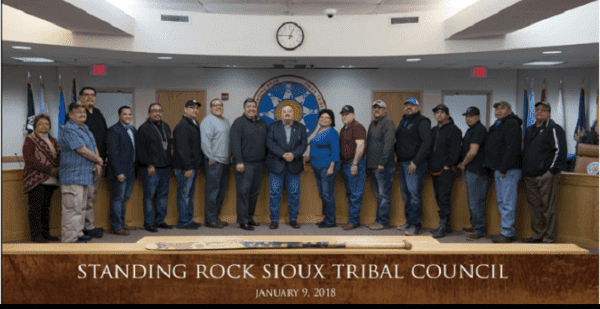 Above photo: Indigenous communities in the United States have been disproportionately hit by the opioid epidemic. | Photo: StandingRock.org

They join other Indigenous communities who blame opioid manufacturers and distributors for the nation’s growing public health crisis.

The Standing Rock Sioux people of the United States have filed a federal lawsuit against the opioid industry, alleging they created a public health crisis in their reservation by concealing the addiction risks of drugs through misleading advertising and deceptive trade practices.

The Indigenous nation, located in North and South Dakota, joins other Indigenous peoples of Minnesota, Wisconsin and the Dakotas that have filed similar lawsuits accusing the opioid industry of violating federal racketeering laws, deceptive trade practices and fraudulent and negligent conduct.

According to the complaint filed in the U.S. District Court in North Dakota, the Indigenous community has been disproportionately hit by the U.S. opioid epidemic, suffering the highest rates of opioid overdose, which increased by more than 200 percent between 1999 and 2015.

Tim Purdon, a member of the legal team that filed the sue, said in a statement Monday “the opioid epidemic has hit Indian Country hard, and the Standing Rock Sioux Reservation is no exception.”

John Parker, senior vice president of the trade association Healthcare Distribution Alliance and representative of the defendants, dismissed the validity of the lawsuit, arguing “the idea that distributors are responsible for the number of opioid prescriptions written defies common sense and lacks understanding of how the pharmaceutical supply chain actually works and is regulated.”

However, he didn’t directly answer the accusations made by the Sioux people that deceptive trade practices and misleading advertising by opioid manufacturers and distributors are responsible for the health crisis.