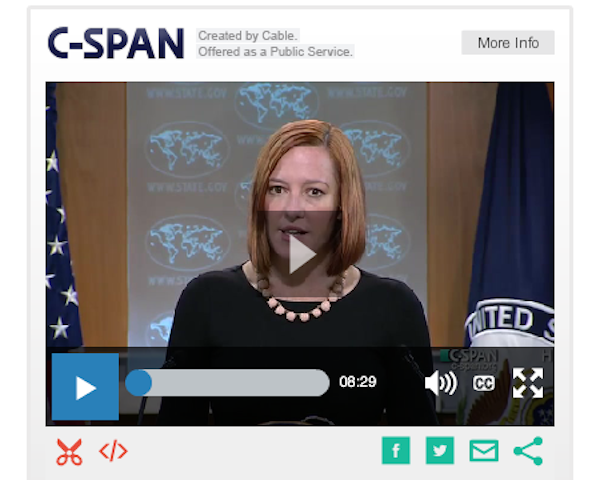 Four Palestinian boys, who were from the same family, were targeted and bombed by Israeli military forces while they were playing football (or soccer) on the beach. The boys were killed nearby the Al Deira hotel, where international journalists have been staying. They appeared to be targeted yet to the United States State Department the children would not have died if Hamas had accepted the ceasefire proposed yesterday.

Ayman Mohyeldin, a journalist for NBC News who has been reporting from Gaza, said he had been kicking around a ball with the boys minutes before the air strike that killed them. He, along with other journalists, including The Guardian’s Peter Beaumont, helped provide medical aid to children who were hit by the strike.

An eyewitness account from Washington Post reporter William Booth indicates the boys were nearby a fisherman’s shack on the “quay at the port, a little after 4 o’clock in the afternoon.” The kids were running from the shack to Al Deira. Waiters, a cook and journalists were shouting at them to run here. A second missile was fired and killed them.

Beaumont wrote in his firsthand account that as the second missile hit the children his colleagues, who were standing on the terrace wall, shouted at “unseen Israeli gunners” who could not hear them: “They are only children.”

A report from Reuters contained an even more shocking detail. Ahmed Abu Hassera, a 22 year-old who witnessed the bombing of children, said. “It looked as if the shells were chasing them.”

The State Department held its daily press briefing at 12:30 pm EST. By that time, the world could read messages from journalists, who witnessed the attack, that Israeli forces had bombed four children. But State Department spokesperson Jen Psaki essentially said she was not in a position to confirm what was happening on the ground and did not want to address the specific attack.

Al Jazeera English reporter Rosalind Jordan explained to Psaki that several of her colleagues had witnessed an attack on “what could only be described as a civilian target.” Journalists who witnessed the attack said “there wasn’t any rocket strike that they could see or detect or hear that might ostensibly” have come from Hamas.

“How is an Israeli air strike on what can only be described as a civilian target in full view of international journalists acceptable to the US government?” Jordan asked.

Psaki launched into talking points about the “circumstances” on the ground being of “great concern, including the deaths of civilians and “tensions” which have impacted the “civilian community.” Obviously, she added, a number of lives have been lost (over 200 Palestinians at this point). The loss of children is “absolutely tragic.”

Jordan followed up, “Why would it be reasonable to expect that civilians who, for whatever reason, happen to be living in Gaza would not become more hardened in their view of the Israeli government, of the Israeli people, when their own children can’t go play in the surf and instead the next time they see their children they’re on funeral biers?”

She answered with a typical talking point about deaths of any individuals, any civilians, and how this is why Secretary of State John Kerry is working on this issue daily. Then came the true position of President Barack Obama’s administration.

“I would remind you that yesterday there was a ceasefire proposed that was abided to by Israelis for a couple of hours that Hamas did not abide to. And they’re putting their own people at risk by continuing to escalate the situation on the ground,” Psaki declared.

In one statement, she absolved Israel of responsibility for civilians in Gaza. They aren’t Israel’s people, they are Hamas’ “own people.” And, if the world does not want children to be bombed on beaches, the world’s anger should be directed at Hamas and not the Israeli forces, which actually fired the shells at innocent civilians playing soccer.

Hamas did ultimately reject the ceasefire proposal. Its military wing did immediately reject the proposal and continue to launch rockets. However, the terms of a ceasefire proposal were decided between Israel and Egypt and then reported in the media. Egypt negotiated with Palestinian Authority leader Mahmoud Abbas, humiliating Hamas leaders who were sidestepped entirely. Although Israel (and the United States) regard Hamas as a terrorist group, one can easily argue that Israel did not approach the issue of a ceasefire in good faith and that they wanted Hamas to reject it so the country could garner renewed support for bombing Gaza.

How can there be a ceasefire if the group you are at war with is not part of negotiations?

Jordan continued to press Psaki, “If Israel does have the legal right to defend itself, and I don’t think anyone in this room would dispute that, because I would expect the U.S. to protect this territory from attack, how is this considered an acceptable form of retaliation? Why wouldn’t people on the ground—who weren’t near any sort of Hamas airstrike into Israel—why wouldn’t they believe that this is not an act of retaliation?

“I’m not sure what your exact question is,” Psaki answered.

“Put it more simply: If rockets didn’t emanate from where I happened to be living or playing or visiting or doing whatever, and suddenly my area is targeted by a foreign government’s airstrike, why wouldn’t it be reasonable for me to think this is an act of retaliation and punishment, vengeance, rather than a direct response to a military attack?”

“I still don’t understand what your question is,” Psaki said.

Truly, these are the answers of a soulless institution.

There were another set of questions that merit just as much attention.

Matt Lee of the Associated Press asked Psaki about a Human Rights Watch (HRW) report accusing Israel of violating international law by “targeting civilians.” He mentioned the beach. He asked if they believed “civilian structures” were being targeted. She completely dodged his question.

“Does the Administration believe that Israel is in violation of the laws of war?” Lee asked.

“I have not heard that concern expressed internally, Matt, specifically,” Psaki replied. She later stated that the “operation in Gaza” is Israel “defending itself therefore it’s not in any violation.”

But what about Palestinian armed groups? Lee informed her that HRW objected to their “indiscriminate rocket attacks launched toward the Israeli population.” Did the State Department agree with Human Rights Watch on this?

“Certainly, we would agree,” Psaki stated. “And we view and need to urgently bring an end to the escalation that we’re seeing on the ground.”

Not only was that what she was saying through her answers, it perfectly fit with an exchange she had with another reporter last week when asked if Palestinians had a right to defend themselves.

QUESTION: Do you believe that the Palestinians in Gaza have the right to defend themselves?

QUESTION: I am asking you: Do they have the right to defend themselves against Israeli aggression?

MS. PSAKI: What are you specifically referring to? Is there a specific event or a specific occurrence?

The reporter was not asking Psaki about anything specific. He was asking the State Department spokeswoman, in general, to respond, in general, to the issue of the “right to defend themselves,” as the State Department generally is so willing to do when generally taking a position in support of Israel’s “right to defend” itself. She would not and did not want to address this point because it would expose the US government’s real position on Israel’s conduct.

What the State Department—and Israel refuses to concede when confronted with questions—is that Israel is an occupying power. Its occupation, which includes a blockade of Gaza, means that it has a duty and obligation to protect the lives of civilians. It should not be permitted to kill over 200 Palestinians, seventy-five to eighty percent of which are civilians, and still claim it is merely “defending” itself. Yet, this is what the United States does.

The United States stands by Israel and covers for war crimes by pointing fingers at Hamas when children are killed by Israeli forces while playing soccer. This effectively gives Israeli Prime Minister Benjamin Netanyahu carte blanche to, as he has said, “restore the quiet” however the country chooses, whether that be through force that may include killing of civilians to sow division and induce the population to turn against Hamas in greater numbers.

Here’s another exchange that took place, which should not go ignored (h/t Rania Khalek):

QUESTION: So the people who have been killed, including these children – it’s – frankly, it doesn’t seem to – it doesn’t faze you?

MS. PSAKI: That’s not at all what I said. I think I’ve stated multiple times that the deaths of civilians, the loss of lives for children and individuals in Gaza is horrific and is a tragedy. And that’s why we’re so focused on bringing an end to the violence, and I think that’s far more important than a speculation about —

QUESTION: Right, but it’s – but it’s horrific and it’s a tragedy, but you’re saying that it’s the fault of Hamas for not stopping the rocket fire.

MS. PSAKI: They certainly are at fault in part here, yes