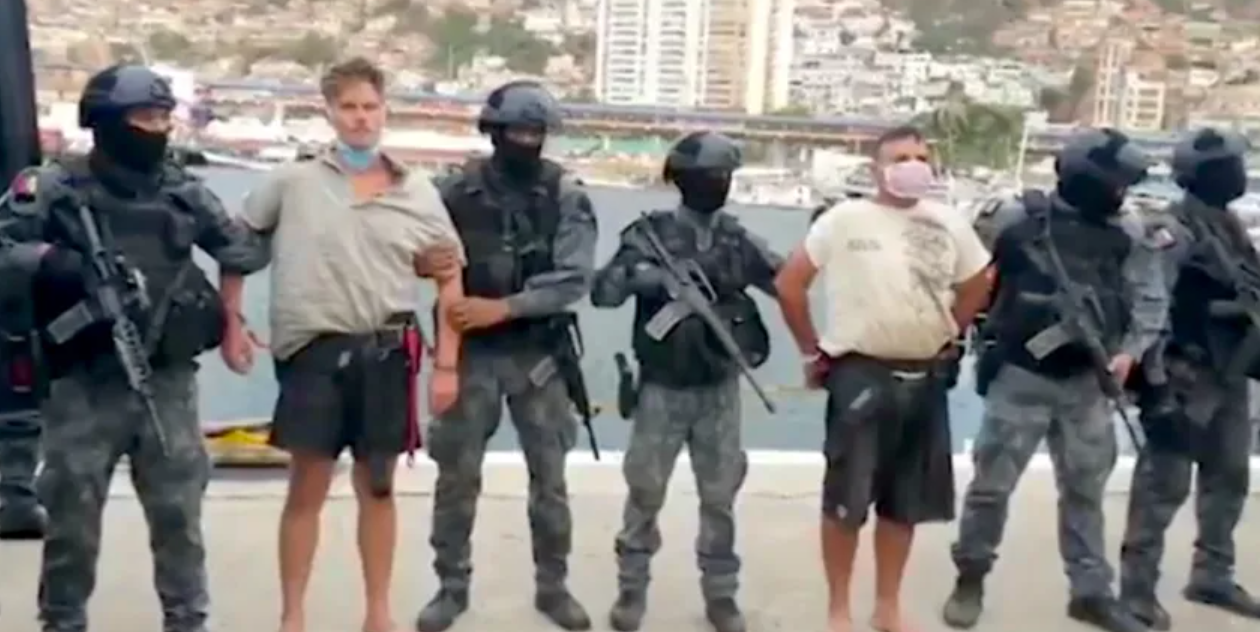 The brother of Luke Denman, a former Green Beret detained after a failed invasion of Venezuela told The Grayzone ex-US diplomat Bill Richardson has embarked on a private mission after the State Department failed to assist his family.

The Grayzone has confirmed that former US ambassador to the UN Bill Richardson traveled to Venezuela on Monday, July 13, following conversations with the families of former Green Beret soldiers Luke Denman and Airan Berry. Venezuelan authorities detained Berry and Denman on May 4, after they participated in a failed mercenary invasion of Venezuela with the stated goal of kidnapping the country’s elected president, Nicolas Maduro.

Mark Denman, the younger brother of the detained mercenary Luke Denman, told The Grayzone that Richardson had agreed to help his family after the US Department of State failed to offer assistance. Denman said the FBI had contacted his family, but only to advance its apparent criminal investigation into the ringleader of the botched mercenary invasion, Silvercorp CEO Jordan Goudreau.

“Richardson is not a government official, he’s a private individual right now and so I’m glad he agreed to help us out,” Mark Denman told The Grayzone.

According to Denman, Luke’s girlfriend “reached out to [The Richardson Center] and got them involved and they agreed to help. We formally asked them to help out and they said that they would love to.”

It is unclear whether the families of other US citizens charged with crimes in Venezuela, such as the Citgo 6, have also reached out to Richardson.

Denman said his older brother’s girlfriend had learned about The Richardson Center after reading about Governor Richardson’s successful effort to free a US Navy Veteran held in Iran this past June. Richardson has previously led successful missions to free US prisoners in North Korea and Iran, including in the high-profile cases of college student Otto Warmbier and journalist Laura Ling. His efforts earned him a nomination for the Nobel Peace Prize in 2019.

“I was glad to see this tweet today, everyone was sending it to me, to see that they are traveling and all,” Denman said, referring to The Richardson Center’s announcement of its latest mission on Twitter.

Richardson’s effort came as the US government has failed to offer any official support to the Denman and Berry families.

“As of yet we have not had any contact with the State Department,” Denman explained to The Grayzone. He described a frustrating “Catch-22” situation in dealing with US diplomats.

“We’ve spoken with employees at the US embassy in Bogotá, who have asked us to get Luke to fill out a ‘privacy release form’ so that they can speak to us more about his situation. And I asked them how they propose I do that since technically I don’t even know where these guys [Luke and Airan] are,” Denman said.

“The employee then advised we hire an attorney in Venezuela, and I asked how they propose I do that since as far as I know there are massive efforts to shut off any method of sending money to Venezuela and attorneys want to get paid,” he stated, referencing the impact of unilateral US economic sanctions which have restricted the ability of US citizens to transfer funds to Venezuela.

“I don’t know what information they’d be able to get out anyway since they’re in Colombia and we don’t have any diplomatic ties with Venezuela right now,” Denman added.

Beyond those conversations with US officials in Bogotá, Denman said the only contact his family has had with the US government arrived through the FBI as part of what “sounded like” a criminal investigation into Jordan Goudreau, the former US Green-Beret who directed the bungled invasion of Venezuela, dubbed “Operation Gideon.”

“We’ve been talked to by the FBI a little bit. The questions they asked are revolving around Jordan and any contact we’ve had with him,” Denman said. “They’ve been very basic questions like, ‘Did we know Jordan before this? When have we talked to him? What numbers do we have for him? And if we have record of any communication between Luke and Jordan.’”

Denman told The Grayzone he was “happy to cooperate with the FBI” because “based on my communication with Luke from the beginning, what it looks like is that Luke genuinely believed this to be a US-backed operation and was acting [based] on that… I think any investigation is going to show that whatever Jordan actually knew and had actually going on, or whether the US was actually involved or not, Luke and Airan certainly believed that was the case.”

Denman explained that Luke and Airan trusted Goodreau because he was a “guy they had been in a lot of combat with, [who had] superior rank and all that stuff, so they did this thing they thought was meaningful.”

Denman expressed caution in dealing with US politicians, or either Presidential candidate, to assist his family in bringing Luke and Airan home, saying he would rather leave the task to “private individuals and members of society who actually honor soldier services as opposed to politicians who [are only concerned with] their own re-elections.”

“I’d like them involved if they’re helpful but if they’re not helpful I’d rather they just stay out of it,” he added, suggesting President Donald Trump or Democratic Nominee Joe Biden would only involved “if some campaign advisors advised them [putting together] a photo-op with these guys would be good, but it’s a little unpredictable.”

When asked what he would like the US and Venezuelan public to know about his brother and his friend Airan Berry, Denman remarked, “they believed the Venezuelan people to be suffering and they thought they were working in their government’s interest and with the backing of their government.”

Anya Parampil is a journalist based in Washington, DC. She has produced and reported several documentaries, including on-the-ground reports from the Korean peninsula, Palestine, Venezuela, and Honduras.