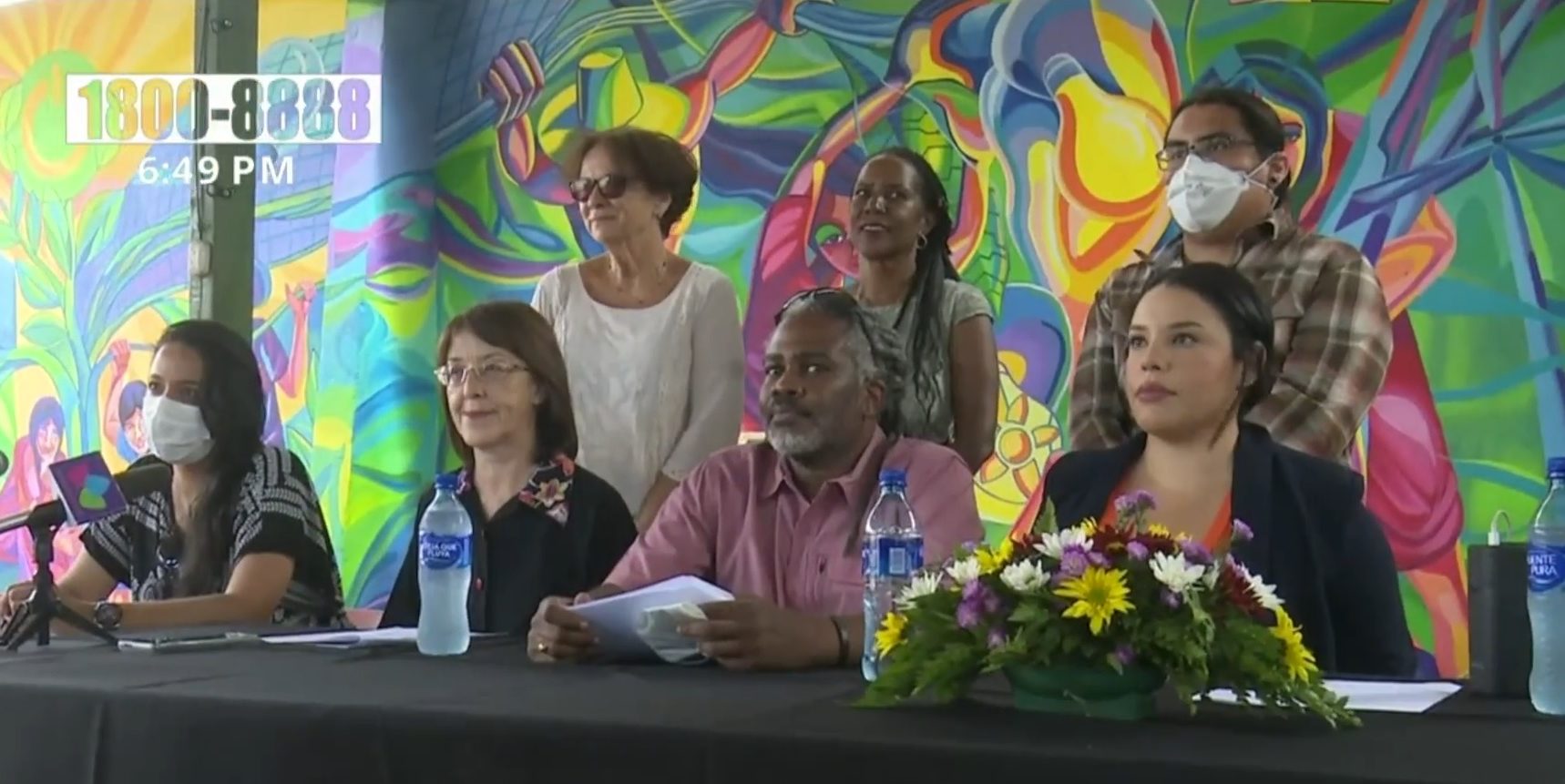 Statement Of The International Delegation To Nicaragua

Statement of the International Delegation to Nicaragua, July 18-25 2021.

An international delegation released this statement supporting the rights of the Nicaraguan people to live free of U.S. interference.

We have come to Nicaragua this week to see for ourselves the lived reality of the Nicaraguan people. We are here from the United States, Brazil, Canada, and Mexico. From July 18 to July 25 our delegation, organized by the Nicaragua Network, had the opportunity to visit Managua, Granada, Estelí and Masaya. We have seen the beauty of this country and its people — a people struggling mightily to live in peace and prosperity despite constant U.S. aggression and brutal sanctions.

We heard from health care providers, teachers and vocational instructors in Estelí who are working to make sure that working class people and campesinos have access to medical attention and education – in addition to access to housing, employment and income promotion programs also offered by the Sandinista government. As one teacher explained, the current system under Sandinista leadership is one of “inclusion” as opposed to the policies of “exclusion” of the neoliberal governments of 1991 to 2007.

In contrast to the countries of the global north, Nicaragua has managed to contain one of the most serious pandemics of the last decades with a free universal public health system, with personalized attention and follow-up for infected patients, and with a model that seeks to adjust to the particular characteristics of each region, including the needs of indigenous and afro-indigenous communities.

In Masaya, we heard from those who lived during the U.S.-backed terror of the coup attempt of 2018.  We heard from city security forces who were kidnapped and tortured by opposition forces who took over the city. The U.S. mass media – aligned with U.S. political, economic and military interests – led the false, unsubstantiated narrative of a repressive government. We heard direct testimonies of victims of the 2018 violence and saw massive destruction of infrastructure that the city has yet to fully recover from.

One individual lost his arm during the torture he suffered. The burning of the mayor’s offices; the destruction of the city works building along with sanitation and street-paving trucks; and the burning down of the historic Masaya market, was proof to us that the instigators engaged in outright terrorism.  At the same time, we saw the heroic efforts of the security workers and government and people of Masaya to rebuild and to continue providing vital services to the citizenry.

In Granada, we heard similar testimonies, including of the opposition’s torching of the centuries-old municipal building which William Walker did not manage to destroy during his burning down of that city in the 1850s.  We also heard how the historic combatants who defeated Somoza came out during the 2018 coup attempt to confront the opposition violence and, along with the police, to restore order and peace.

What’s more, we witnessed the daily lives of the Nicaraguan people who get up early every morning to take a bus or walk long distances to work.  These are the vast majority of the Nicaraguan people, and it is they, as we witnessed for ourselves, who came to the Plaza de Fe  in huge numbers on July 19 to celebrate the Sandinista victory over the U.S.-backed dictator Somoza. The scenes we saw in the Plaza — of working class families regaling in their red and black of the FSLN — were not covered by the U.S. press, for they resoundingly contradict the U.S. narrative of a people being repressed by a tyrannical government.

The tyrannical government — that of Anastasio Somoza — is now gone despite the backing of the U.S., which tried to reinstall Somoza’s National Guard in the form of the Contras in the 1980’s.  That the U.S. now claims to care about Nicaraguan democracy is a cruel joke.

The U.S.’s constant attempts to undermine the peace and prosperity of the Nicaraguan people; to sow divisions which exploded into violence in 2018; and to undermine the sovereignty of Nicaragua are unacceptable.  We denounce these attempts as immoral and illegal, just as the International Court of Justice found these efforts to be unlawful in its 1986 decision in the case of Nicaragua versus the U.S.

We call upon the U.S. government and allied NGOs to halt their interference in and sanctions against this country and to let Nicaragua live in peace as a sovereign nation just as the UN Charter unequivocally requires. Recent polling by M&R Consulting demonstrates massive opposition to such foreign interference, 85%, amongst the Nicaraguan people .

We thank the Nicaraguan people for opening up their hearts to us during our trip to this country of lakes and volcanoes, and we stand with you against all U.S. meddling, sanctions and provocations.

* In an effort to call on the U.S. to stop interfering in the lives and future of Nicaraguans, we invite individuals from all over the world to support the Hands Off Nicaragua sign on letter .