Stop The Desecration: Flowers For Moses Protest This Friday

Above photo: My MC Media.

NOTE: A self storage facility is being built on the grounds of what is believed to have been an African cemetery where first there were slave death camps and industrial slave breeding operations and then a thriving community of freed slaves that was displaced through gentrification. Residents of the community have been calling for archaeological investigation and the erection of a museum to teach this local history, but they have been denied even having their own black archaeologist allowed in to examine the soil.

Currently, desecration of the cemetery is underway and truckloads of dirt are being carried away to a private landfill daily. Residents have been demonstrating outside the site several days each week. Now, they have evidence of the existence of the cemetery including photos of what looks like a headstone, funerary objects, a piece of a coffin and the foundation of a building.

They sent an urgent letter to the county executive, Marc Elrich, on August 31 calling for an immediate cessation of digging. The activists plan to protest on September 4. See below for more information. Read the letter under the text below.

Where have all the flowers gone? They’ve gone to Moses, every one.

All summer, we’ve marched and rallied and told the story of Moses Cemetery, attempting to halt the desecration of Black Ancestors. The fight for justice continues! Let’s make this gathering our biggest and loudest yet.

Spread the word. Bring a friend. Bring a flower (real or plastic) in remembrance of the souls at Moses. We’ll honor their memory by making some good trouble, starting with a few inspiring remarks, continuing with a symbolic presentation of flowers at the gravesite, and ending with songs and protest. What better way to kick off the Labor Day holiday weekend than by celebrating the labor of our Ancestors?

Moses Cemetery is an important cultural, historical, and spiritual site of a displaced Black community and African burial ground in Bethesda, MD. The land was stolen from the Black community and sold to developers in the 1950s. The River Road portion of the cemetery is currently being destroyed to build self-storage units. The other portion of the cemetery lies under a parking lot. The Bethesda African Cemetery Coalition and their supporters are demanding the immediate halt to construction, a proper archaeological investigation led by Dr Michael Blakey, and that afterwards the land be preserved for the descendent community and its historical value. Though Montgomery County Executive Marc Elrich promised to help settle the issue when he ran for office, he has failed to do so. Protests continue but have recently become dangerous with the white foreman of the storage company ordering a construction truck to drive through protestors and Nazi/white supremacist counter protesters. Construction has also begun intense destruction of the site, carting away massive amounts of soil intended to destroy evidence of human remains and funerary objects.

Please park at Macedonia Baptist Church. The protest site is about two blocks away. We’ll meet along the River Road sidewalk across from Landy Lane (at the pedestrian crosswalk, where the Capitol Crescent Trail bisects River Road), in between the McDonalds and Enterprise Car Rental.

**This protest will adhere to social distancing. Wear a mask and stay 6 feet from others.** 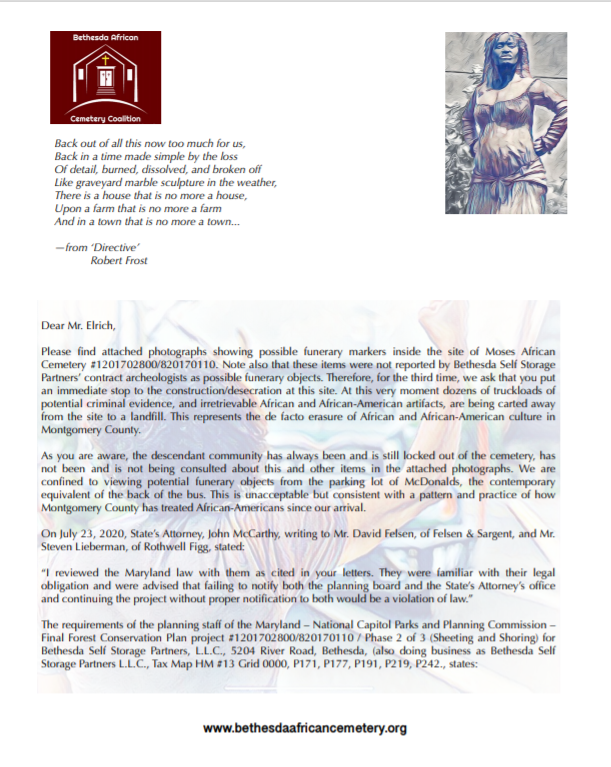 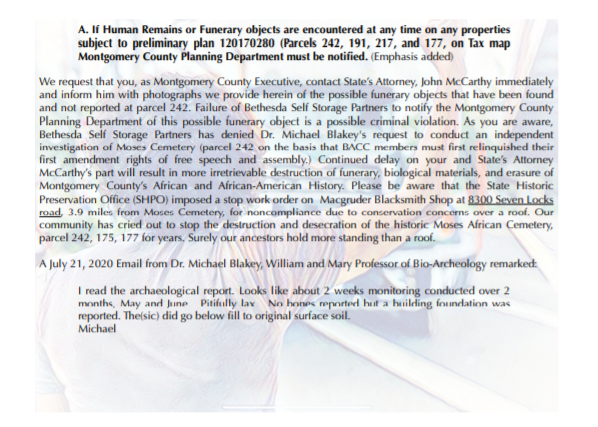 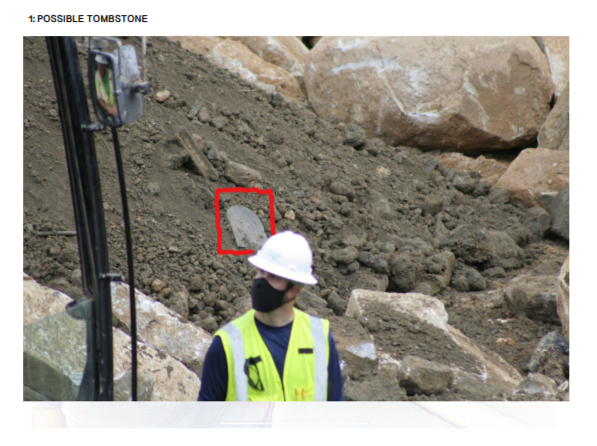 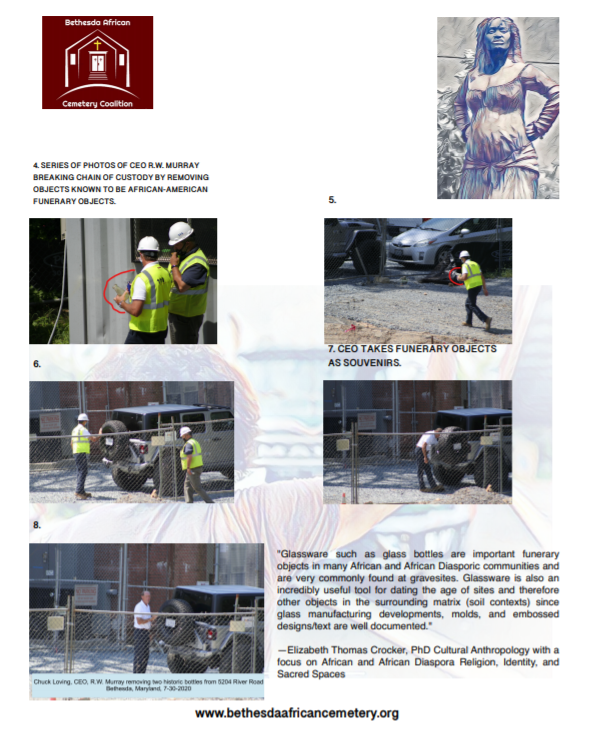 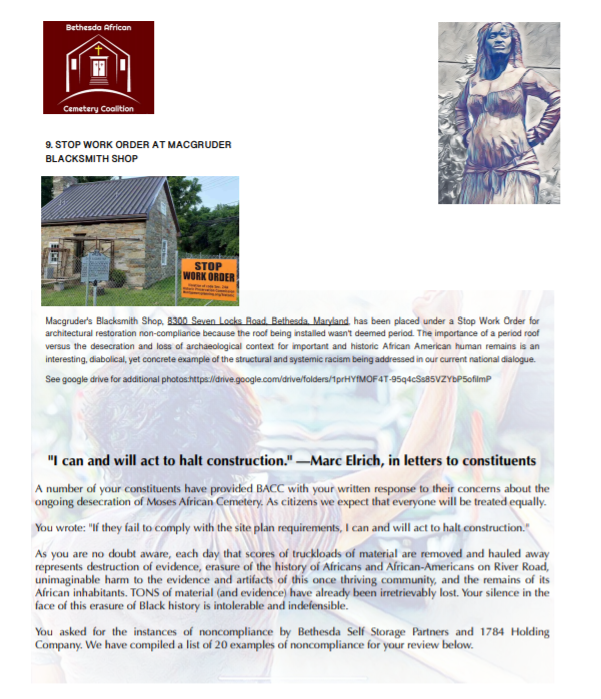 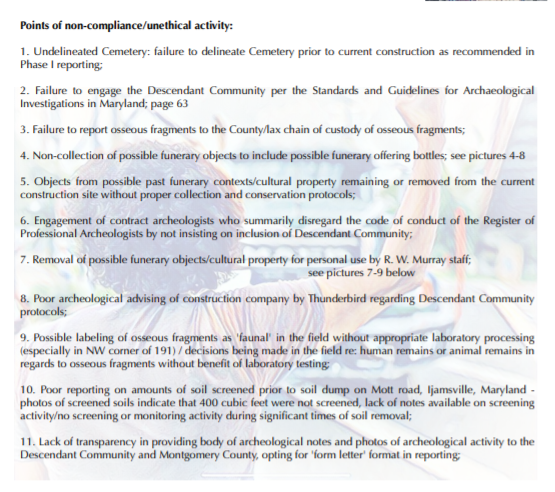 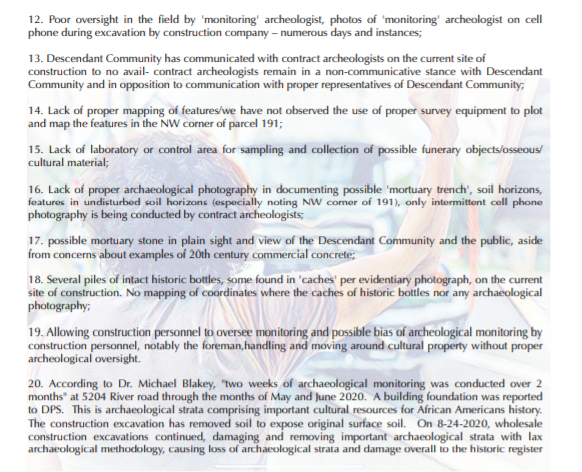 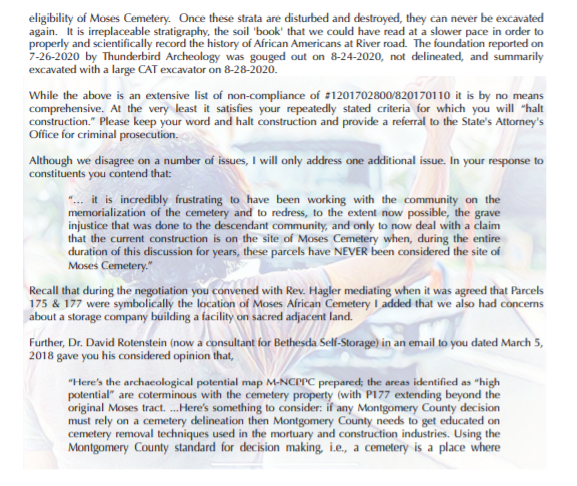 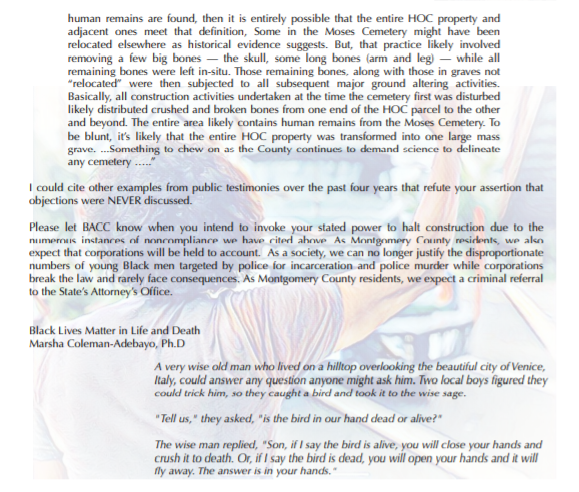 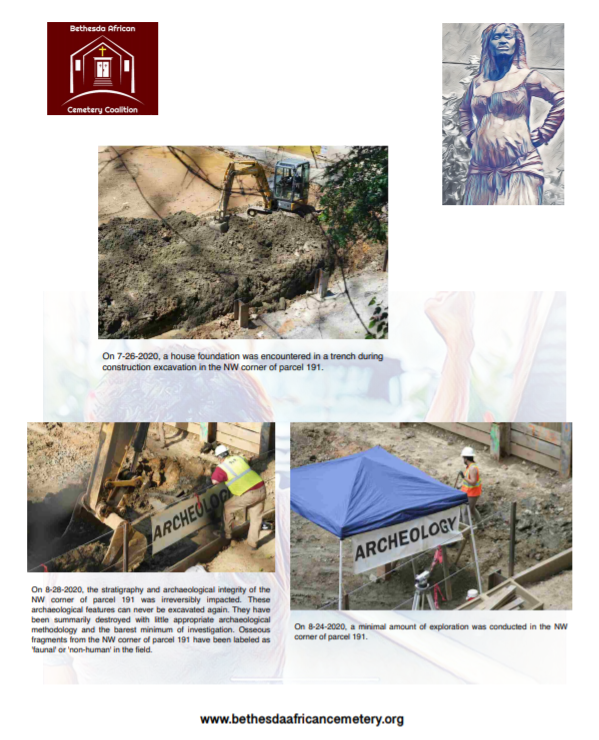