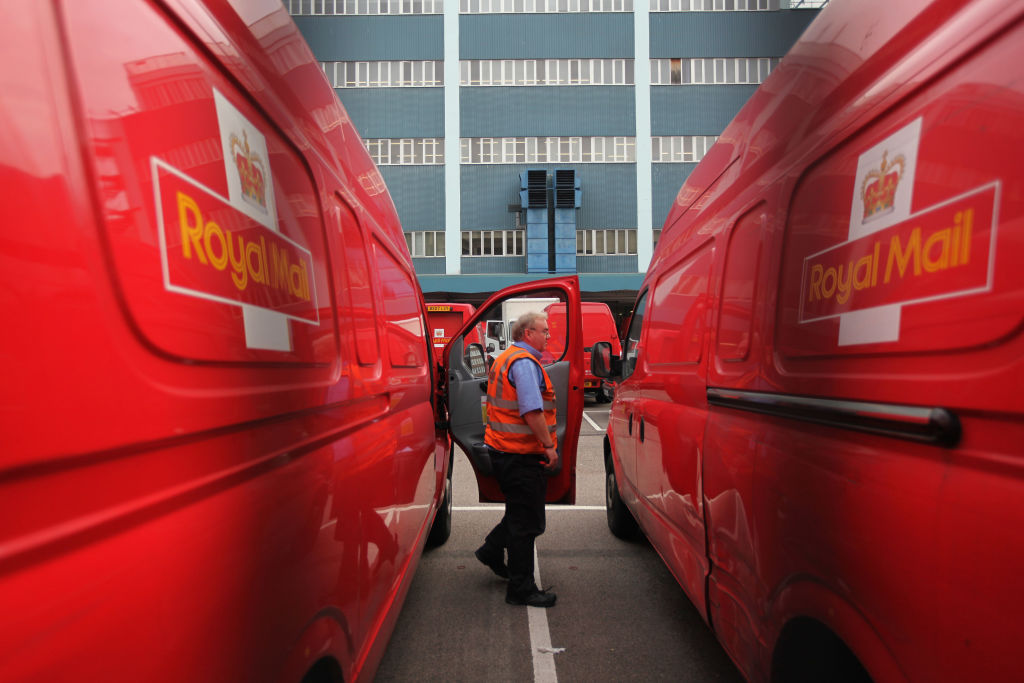 Stop The Uberisation Of Royal Mail

Above Photo: A Royal Mail employee steps out of a delivery van at the Rathbone Place Royal Mail Depot. Dan Kitwood / Getty Images.

Today’s move by Royal Mail to rip up agreements with the CWU is the biggest attack on workers in a generation.

If it isn’t fought, we could see the derecognition of a strong union and the fragmentation of our postal service.

This morning, the Communication Workers Union (CWU) leadership met with Royal Mail Group’s senior management. We hoped this meeting would begin resolving the ongoing industrial strife that has seen hundreds of thousands of employees take strike action against degrading real-terms pay cuts and the deterioration of workplace conditions.

However, they had other ideas. While we waited, managers began being briefed across the country about new plans for the ‘modernisation’ of the company. One of the company’s CEOs, Simon Thompson, handed us two letters.

The first was over Royal Mail serving legal notice that it was withdrawing from existing legal agreements with the union. It talks about a ‘high performance culture’, about removing any agreements negotiated in the past, new attendance procedures, and establishing a completely new understanding of how fast and how hard our members are expected to work.

The letter also discussed a new industrial relationship with the CWU, showing a changing framework of relationship where the role shifts from that of negotiation with workers’ representatives to that of ‘consultation’.

In short, this is probably the biggest attack on workers and their shopfloor representatives that this union has ever seen.

Look at all of those parts. This is about derecognising the CWU to get to workers, so that aggressive changes to an industry with decent jobs and conditions can be made without resistance.

And since you would have to serve notice on legal protections to break up Royal Mail—as well as impose new working conditions without discussion—it is no surprise that this is the intention.

A second letter was regarding going to ACAS to resolve this dispute. These letters were separate, since they presumably don’t want to attend ACAS meetings to discuss the agenda they want to happen, despite the fact that they are impacting on the business massively.

Let me be clear—this is not a sincere offer to resolve the situation. This is not about resolving the dispute, it is about buying time. These people have no interest in reaching agreement with the union. You can’t trust people like Simon Thompson—this is why you have a union, so that people like him can’t exploit you at every opportunity.

That’s why they want unions gone. But they won’t shift us—up and down this country, postal workers have seen reckless CEOs come and go. They are the industry, not the cowboys trying to skim the cream off the top.

Our members care about this company, this industry, and the communities they serve. They won’t be cowed by the kind of people who are trying to ruin their working lives, or the type of business model they represent. We will not let Royal Mail turn into a casualised, Uberfied system.

This is why our dispute will be massively escalating. Already, the CEOs of Royal Mail are in a difficult place—they can’t even bribe solid numbers of managers to cross picket lines, and significant numbers of agency workers—to their immense credit—aren’t turning up for shifts on strike days.

Meanwhile, our 115,000 members are backed by a country that is sick to the back teeth of corporate failure getting rewarded, that is sick of being forced to work harder and harder for less and less, and that is sick of the moral bankruptcy of British business leaders.

No matter how bitter it gets, postal workers will keep on fighting: if they haven’t realised already, Royal Mail will soon realise they’ve bitten off more than they can chew.